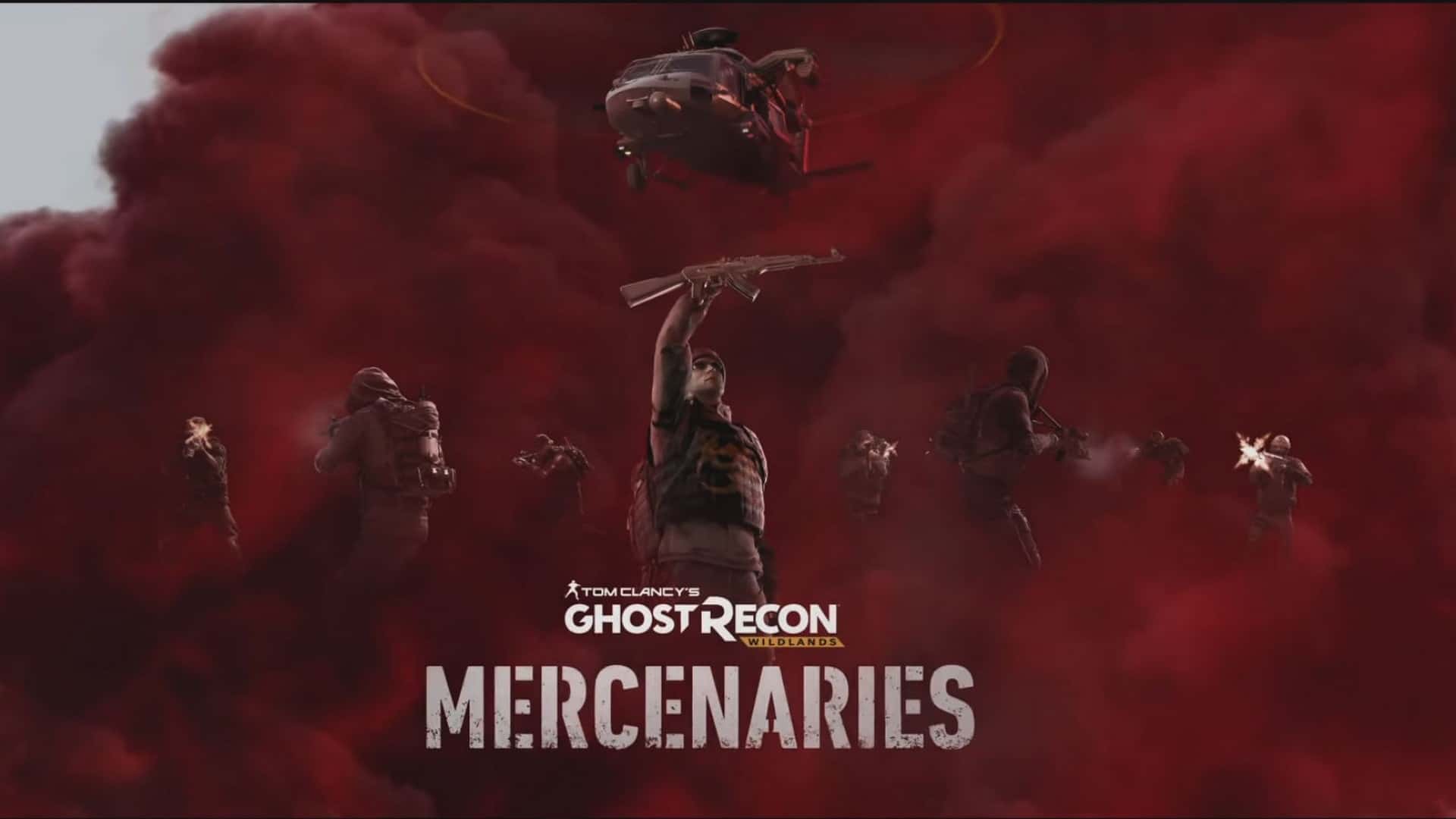 Today, Ubisoft announced Mercenaries for Tom Clancy’s Ghost Recon® Wildlands, a free brand new game mode, will be available starting tomorrow, July 19, on PlayStation®4 computer entertainment system, the Xbox One family of devices including Xbox One X and Windows PC. Mercenaries is an eight-player free-for-all PvPvE gameplay experience. The objective is to call for rescue, locate and reach the extraction point, then be the first to board the chopper.

At the beginning of the match, the extraction point is unknown and players will have no ranged weapons, gear or items. Players will need to locate and activate radio transmitters to shrink the possible extract zone on the map. In the meantime, players will fight to be the first to gain intel on transmitter locations while looting gear, weapons and money. After the first player has activated three transmitters, the chopper will head to the extraction point and once landed, the location will be revealed to everyone. The first player to fill their extraction gauge and board the chopper wins.

Mercenaries mode introduces a wealth of new mechanics including:

Tom Clancy’s Ghost Recon Wildlands also has a Rewards Program available to all players until September 27th, 2019. Jump back into the Wildlands, complete the set challenges, and redeem special rewards in Tom Clancy’s Ghost Recon Breakpoint. All rewards will also unlock unique ‘Memories of the Wildlands’ dialogues. More information can be found at: ghostrecon.com/RewardsProgram

Developed by Ubisoft Paris,* Tom Clancy’s Ghost Recon Wildlands is a military-shooter entirely playable in up to four-player co-op or single-player from beginning to end. Players have total freedom to accomplish their missions how they want and watch as the world reacts to their actions. Players can choose to move quietly in the night, go in hot at dawn or work together to execute a sync shot that takes out enemies in one fell swoop. Each choice has a consequence, and players must improvise or adapt their plans to ensure the completion and success of each mission. Tom Clancy’s Ghost Recon Wildlands Ghost War allows players to live the ultimate co-op experience in 4v4 modes. Featuring a growing roster of classes, maps and modes, Ghost War focuses on teamwork, strategy and tense tactical engagements.