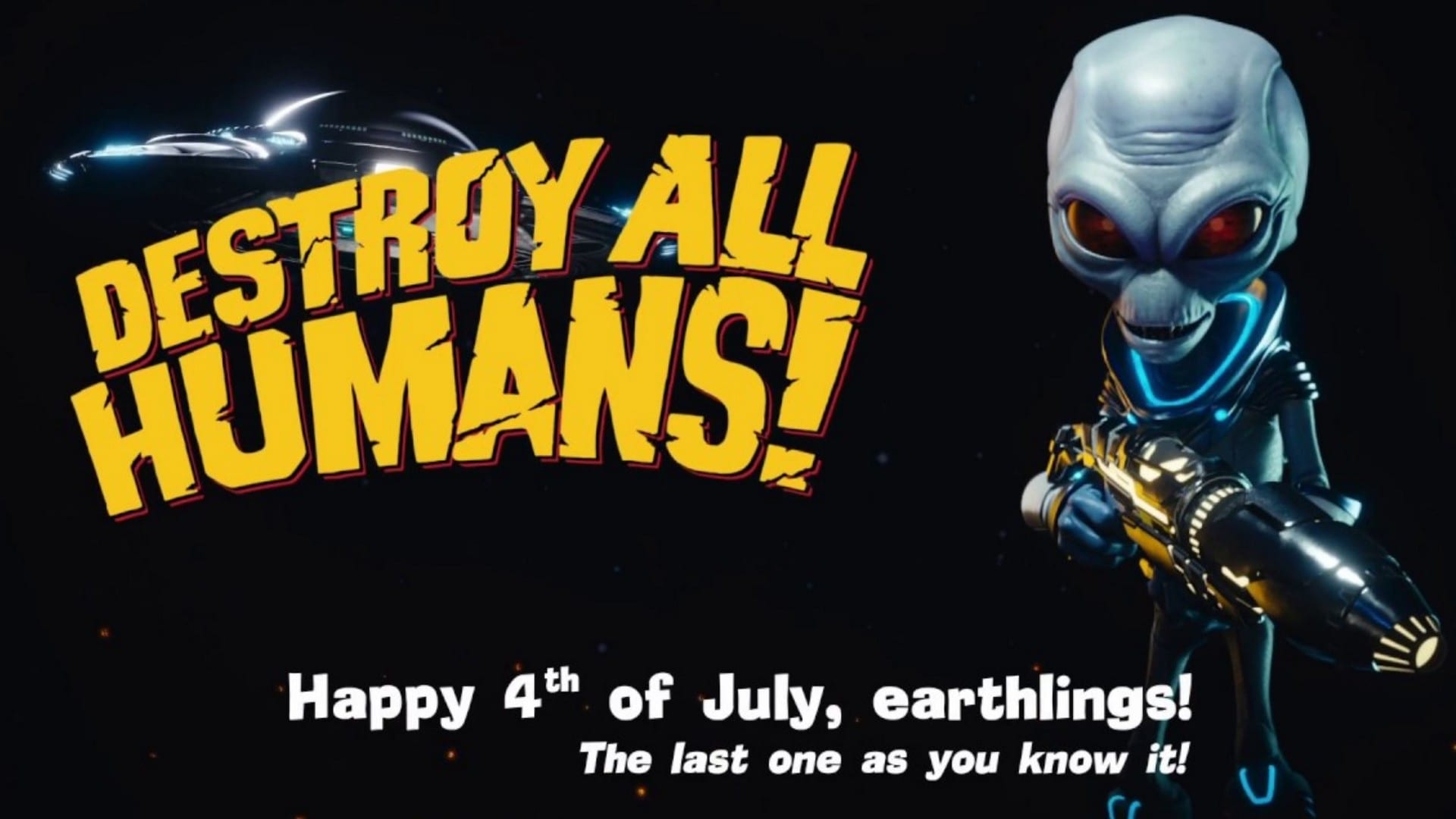 Taken from the Furon Handbook of Infiltration and Invasions, page 29, chapter 2:

“Cut off the Snake’s Head”. When preparing a hostile planet for a Furon Invasion, it is key to attack the chain of command of the enemy society. Locate the seat of the enemy leader or government and burn it to the ground, including said leader or government. This will throw defending forces into disarray and shock the inhabitants of the target planet. Shocked inhabitants are not able to form a noteworthy resistance (See Page 122, Chapter 18 of this handbook).”

For the upcoming 4th of July, Black Forest Games, Developer of Destroy All Humans! have prepared a nice little fireworks display to celebrate! Have a look at the new trailer:

In his new video series, Cryptosporidium-137 is delighted to show off his fine arsenal for the extermination of mankind. Starting with the “Disintegration Ray”, you will find a new weapon showcased every week on THQ Nordic’s YouTube-Channel.

Check out the new trailer of the Crypto-137 Edition.

Check out the new trailer of the DNA Edition.

About Destroy All Humans!