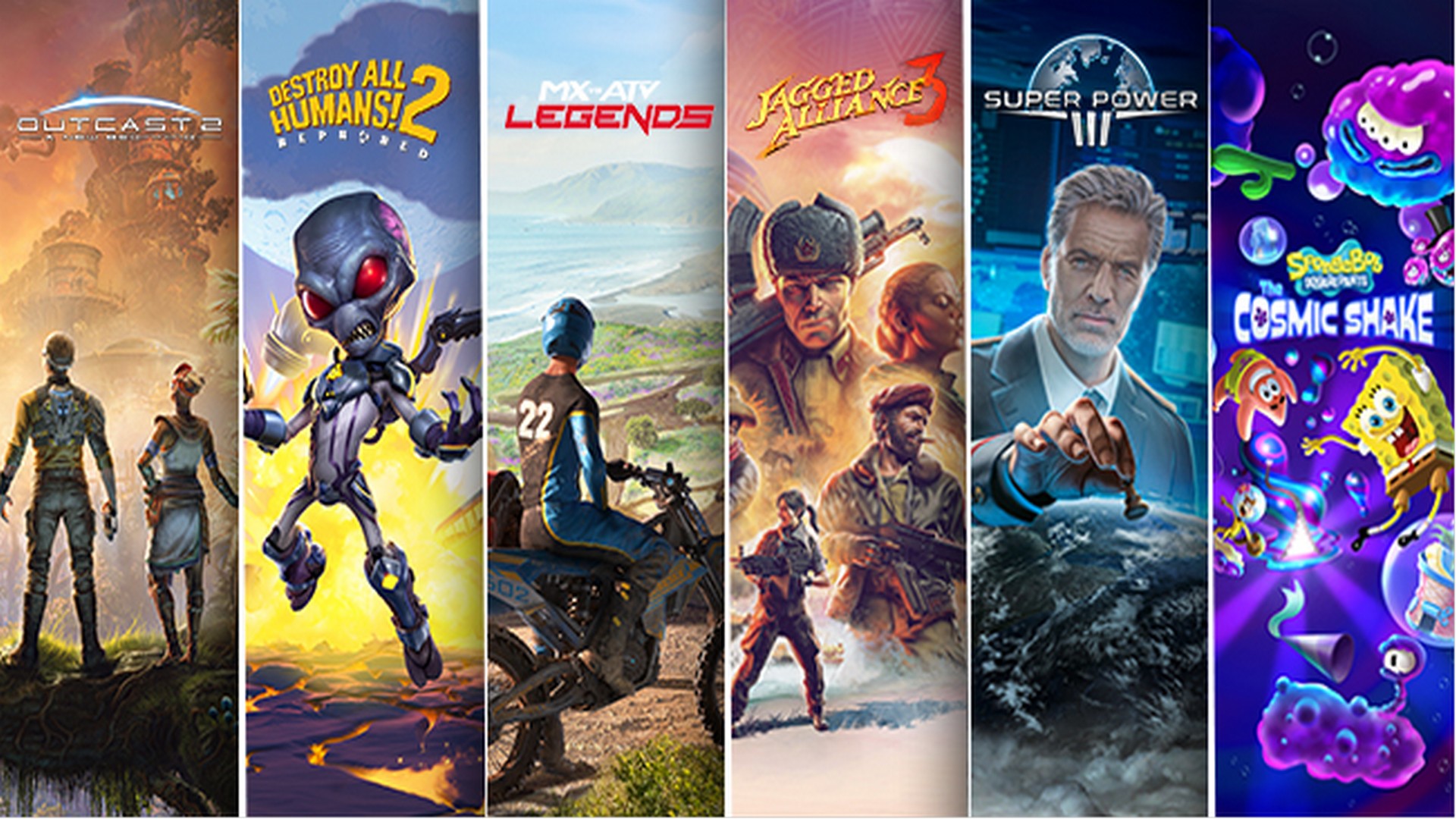 Today, THQ Nordic’s first digital showcase took place and six new games were unveiled! If you missed the show, you can still watch it on the channels below.

That’s right, earthlings, Crypto is back and this time, he’s invading the swinging sixties! After the KGB blew up his mothership, Crypto seeks revenge and travels to iconic places in the United States, the United Kingdom, the Soviet Union, Japan, and even to the Moon! Destroy All Humans! 2 is a full remake of the original game, adding and improving features while (re-)building the game from scratch in shiny Unreal Engine 4 visuals. The game is developed by Black Forest Games who successfully re-launched the Destroy All Humans!-Franchise in 2020 and is in development for PC, PS5™, and Xbox Series S/X.

Get more info on the games’ official website: https://www.destroyallhumansgame.com/

Everything is possible in the infinite expanses of the cosmos… there might even be a reality where mayonnaise isn’t an instrument! When the mysterious fortune teller Kassandra grants SpongeBob and Patrick wishes, the two buddies unintentionally open up portals to strange Wishworlds… it’s all F.U.N. and games until their friends get lost in the portals! Explore seven distinct worlds and don more than 30 cosmic skins to rescue the universe of the brand new adventure SpongeBob SquarePants: The Cosmic Shake, available on PC, PlayStation™, Nintendo Switch™ and Xbox One.

Get more info on the games’ official website: https://cosmicshake.thqnordic.com/

Your friendly neighbourhood invader-slayer is back: Cutter Slade returns to the spectacular alien world of Adelpha in Outcast 2 – A New Beginning. Twenty years after the events of the first game, Adelpha finds itself under threat of invasion: ruthless corporations are exploiting the planet and are enslaving and even killing the people. Cutter’s mission is clear: organise a resistance, rescue the people, and get rid of the invaders. Outcast 2 is developed by the original team behind the first Outcast Adventure – Appeal Studios from Belgium. The open-world action-adventure features fast-paced 3rd person combat as well as a non-linear Science-Fantasy story with dynamic plot progress based on player actions. Outcast 2 is currently in development for PC, PS5™ and Xbox Series S/X.

Get more info on the games’ official website: https://www.outcast2.com/

Fans have been waiting for decades, to see the third edition of the legendary strategy franchise Jagged Alliance. The strategy game experts from Haemimont Games, well known for their work on the Tropico-Series, Surviving Mars, Victor Vran and many other great games will finally create a true successor to the beloved series. This time, the player takes command of a mercenary force in the fictional country of Grand Chien – a land thrown into chaos after a brutal paramilitary force known as “the Legion” took over. Jagged Alliance 3 will combine tactically deep, turn-based combat with exploration of a large game world with strategic elements including gaining control over territories, training local forces, and establishing multiple squads chosen from beloved mercenaries – all well known to fans of the series. Jagged Alliance 3 will have RPG-elements like special perks or level-ups for your mercenaries, as well as looting and customizing your arsenal of weaponry. Coming to PC, Jagged Alliance 3 will also feature a co-op multiplayer mode so you can free Grand Chien together with a friend.

Get more info on the games’ official website: https://jaggedalliance.com

Superpower is tailor-made for all the megalomaniacs out there who are convinced they would do a much better job of running the world than the real-life leaders across the globe! In this grand-strategy game, set in the contemporary world, your goal is to lead your chosen nation to world domination or to master special scenarios. Wouldn’t it be tempting to re-establish the British Empire? Players take control of the economy, politics, diplomacy, social development, military strategy, and more. If you ever wanted to become the ruler of the world, in Superpower 3 for PC you can give it your best shot!

Get more info on the games’ official website: https://www.superpower3.com

MX vs ATV franchise will make its PS5™ and Xbox Series X|S console debut in MX vs ATV Legends. Featuring the deepest career mode to date, MX vs ATV Legends invites you to carve your own path to the podium with unprecedented player choice including sponsorship opportunities and special invitational events. The all new Trails mode pits you against nature like never before! Your time is now!

Get more info on the games’ official website: https://www.mxvsatv.com

Of course, this is not a new announcement, but no less exciting: Open-World RPG ELEX II shows off its new story-trailer, explaining what drove Jax, the Beast of Xacor into isolation – and why the time has come for him to leave his exile.

Get more info on the games’ official website: https://www.elexgame.com

Last but not least, the development team behind the upcoming CRPG Expeditions: Rome gives an overview about what makes the game special: A story full of memorable characters and a world that reacts to your actions. The fate of Rome is in your hand, Legate!

Get more info on the games’ official website: https://expeditionsseries.com/

Part of our 10th anniversary celebration is a week-long publisher sale on Steam until September 23rd, 2021, including all games and franchises from THQ Nordic. Expect the best deals to date for games like Destroy All Humans!, Biomutant, Wreckfest, Desperados III, SpongeBob Battle for Bikini Bottom: Rehydrated, Kingdoms of Amalur: Re-Reckoning, the Darksiders series, SpellForce series, and many more.

Two games will be free to claim and can be kept forever:

The Titan Quest Anniversary Edition is a remaster of the critically acclaimed Action-RPG and includes the expansion “Immortal Throne”. Get your sandals on the ground of Greece, Egypt, and on Asian soil and hack and slay your way through hordes of monsters to eventually stop the Titans. Are you the hero who can turn the tide in an epic struggle that will determine the fate of both men and gods? Claim Titan Quest Anniversary Edition between now and September 23rd for free and keep it forever

The second free game is Jagged Alliance Gold Edition. This game is a true legend, combining strategy, turn-based tactics, and RPG elements into one of the best games ever made. Take command of an elite mercenary agency and help the people of Metavira to reclaim their island. Conquer sectors, train a militia, get the economy running and liberate Metavira! Claim Jagged Alliance Gold Edition between now and September 23rd for free and keep it forever.

All good things come in threes so there is another game free during one weekend: The critically acclaimed tactical stealth game Desperados III is free to play until September 20th.

Check it out here: