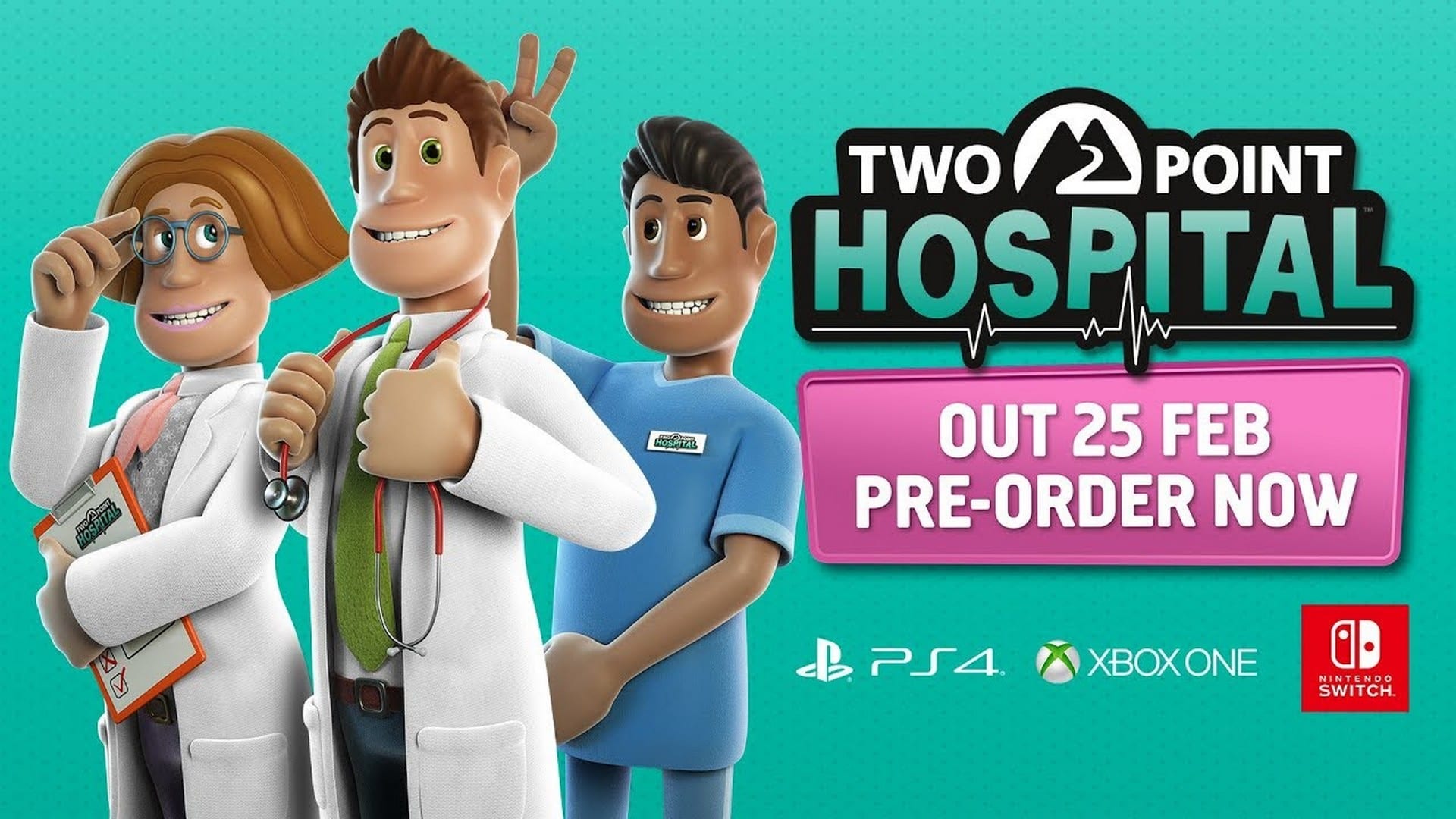 The hit management sim Two Point Hospital is coming to PlayStation 4, Xbox One and Nintendo Switch on 25th February 2020 and the devs, aka top surgeons from Two Point Studios, have given a rare inside look at how the game has been rebuilt for consoles in their latest video. We’re happy to reveal that it plays soooooooo well on a controller!

What exactly do you do in Two Point Hospital? What’s new or different on console? And how does the game work on a controller? These are some of the questions that Lead Designer Ben Huskins and Senior UI/UX Artist Lauren Woodroffe from Two Point Studios answer, while they take you through the first level of the game on PS4.

At launch, console players can also dive into the first two critically acclaimed expansion packs ‘Bigfoot’ and ‘Pebberly Island’ and explore a whole range of free updates that have been added to Two Point Hospital since its PC launch in August 2018.

Two Point Hospital is available to pre-order on PlayStation 4, Xbox One or Nintendo Switch at Australian retailers. You can also visit www.twopointhospital.com to find more information about all things Two Point Hospital and sign up for Hospital Pass.