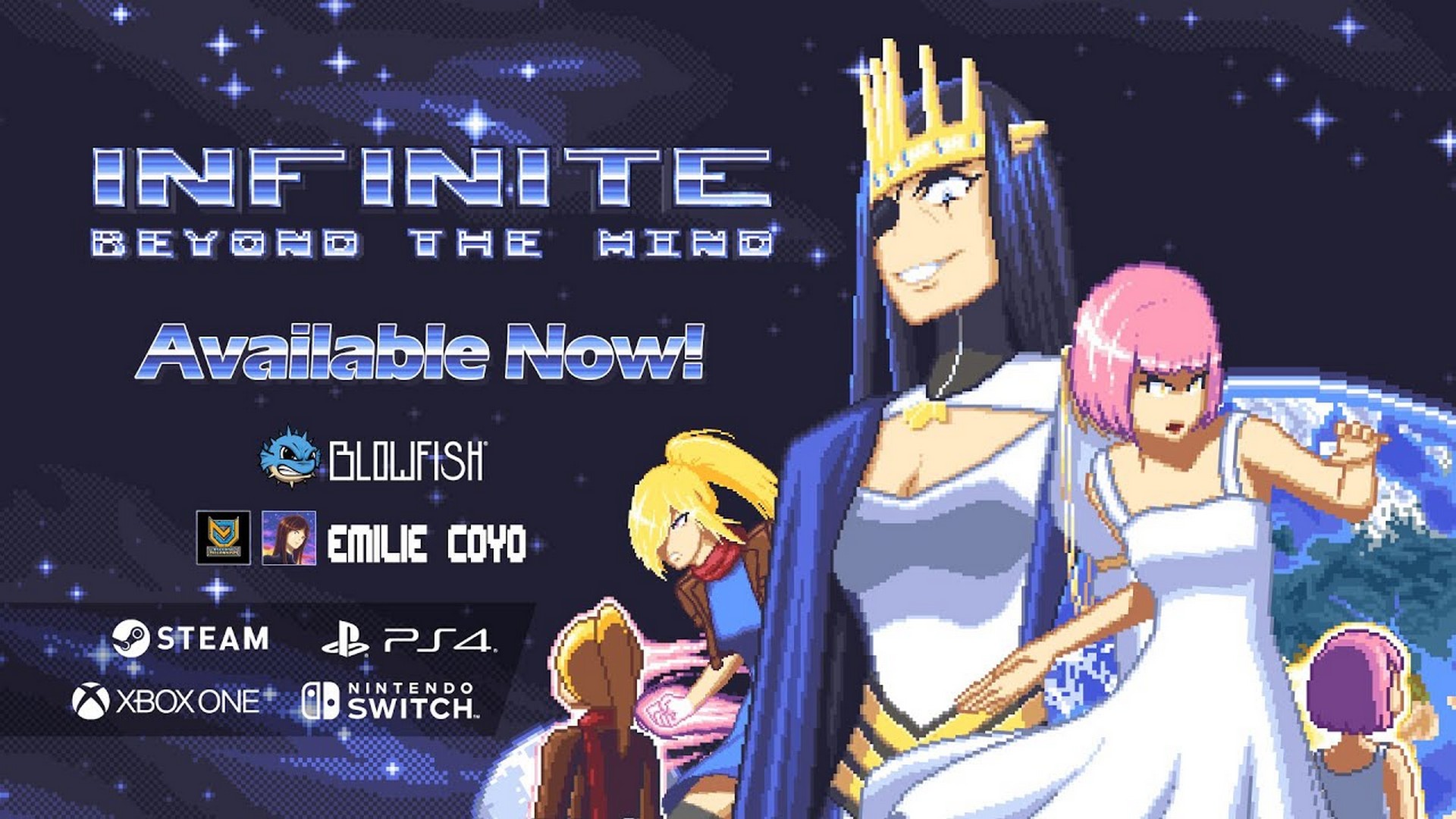 Blowfish Studios are very excited to announce that Infinite – Beyond the Mind is now available on Steam, Xbox One, PlayStation 4 and Nintendo Switch!

Infinite – Beyond the Mind is is a futuristic retro action platformer from developer Emilie COYO and publisher Blowfish Studios.

Take on the forces of the Beljantaur Kingdom and its vile Queen Evangelyn as a pair of young women raised on the battlefields in a world devastated by war. Rush into the fray and eviscerate enemy battalions and war machines across 16 genre-blending levels to topple the evil empire.