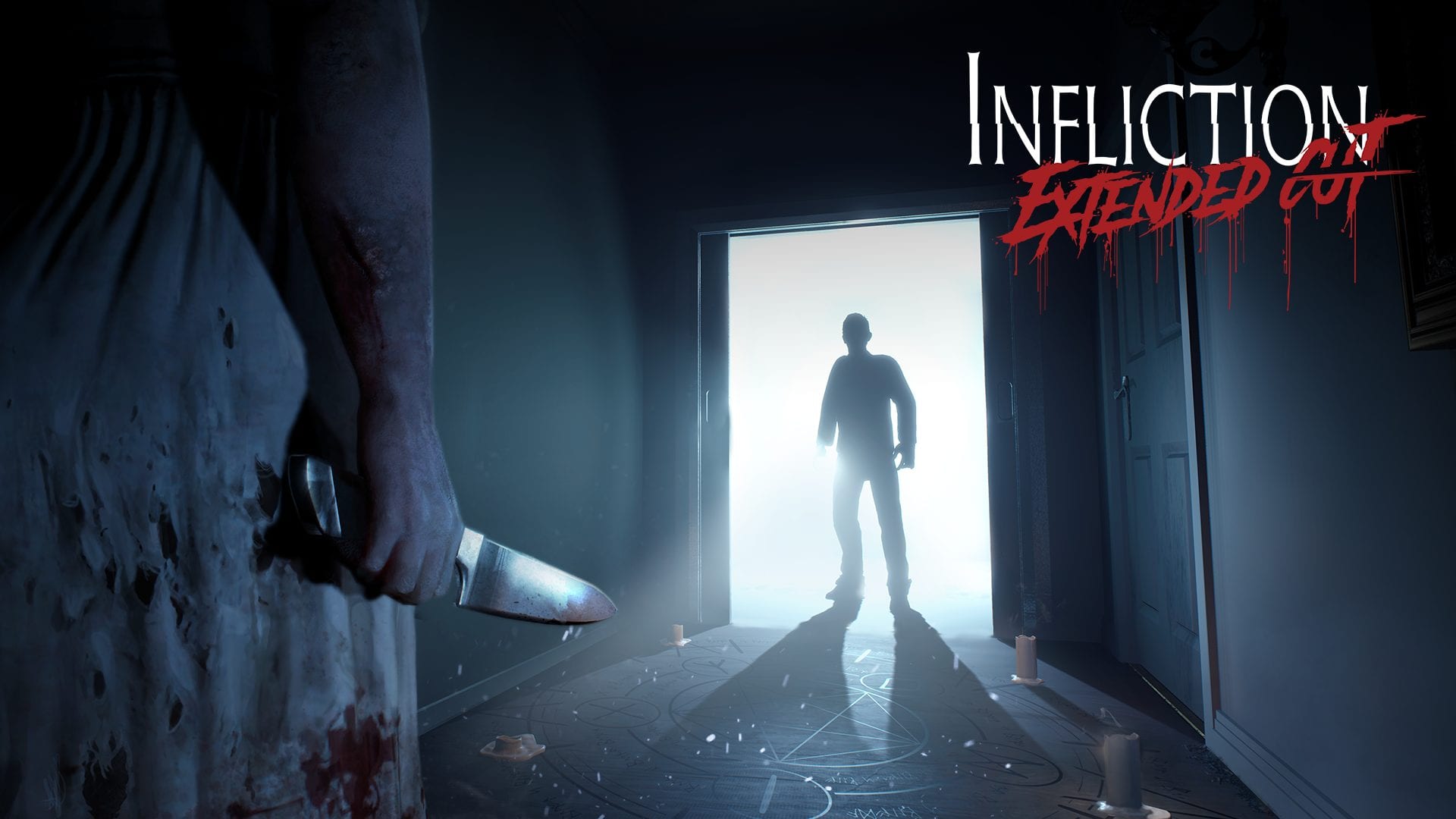 An enhanced and expanded version of the acclaimed original release, Infliction: Extended Cut adds terrifying new content and additional endings. Return to the nightmare in New Game Plus mode, which features remixed scares, new puzzles, and a host of other surprises that bring additional layers of depth to the mystery.

Delve into the eerie residence of a tragedy-wrecked household and scour for clues to uncover the truth of what happened to the family that once called it home. Investigate its halls and chambers for evidence while avoiding the watchful gaze of the evil spirits that lurk within.

Face the haunting entities as a last resort, firing off camera flashes and manipulating sources of light to momentarily halt their pursuit. Seek refuge in closets and under beds in an effort to do whatever it takes to survive encounters with the otherworldly creatures.

Soak up a dark, atmospheric story that combines real-world concerns with supernatural tension. Uncover a narrative bolstered by dynamic special effects and scares for an unforgettable experience that fuses the paranormal with issues that hit close to home.

“Infliction coming to Nintendo Switch is the culmination of a journey that began as a way to grapple with my fears,” said Clinton McCleary, founder of Caustic Reality and mission designer at Blowfish Studios. “We all bring our anxieties with us throughout our daily lives and now horror fans can also carry mine with them wherever they go on their Nintendo Switch.”

For more on Infliction: Extended Cut, visit the website.