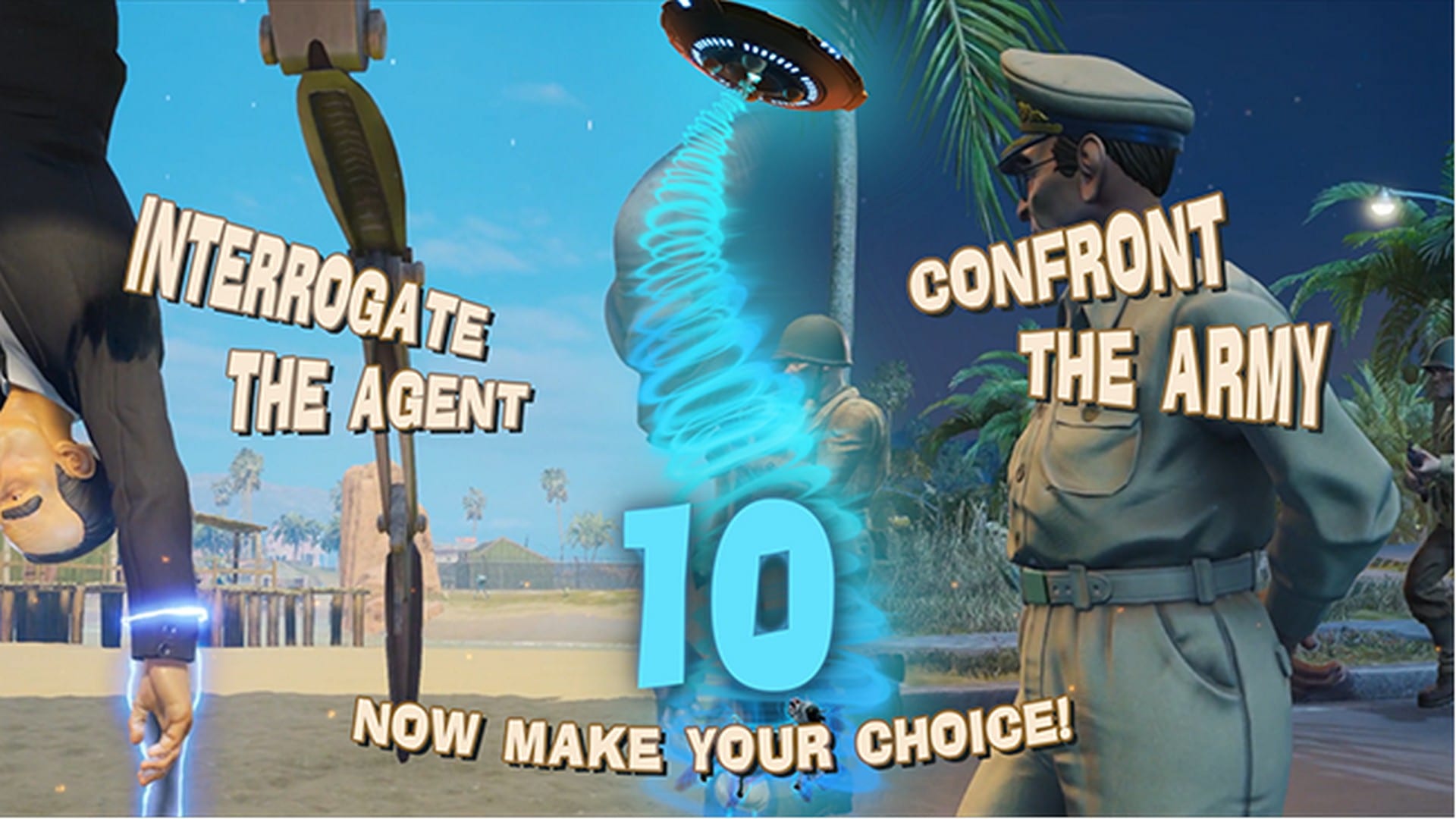 Mankind will fall. We all know that the Furon Empire will be victorious – resistance is futile. Was nice to meet you. But the question is still, what methods will Cryptosporidium-137 choose to Destroy All Humans!

In the new interactive trailer, the choice is actually yours – with generous permission from the benevolent Furon Empire.