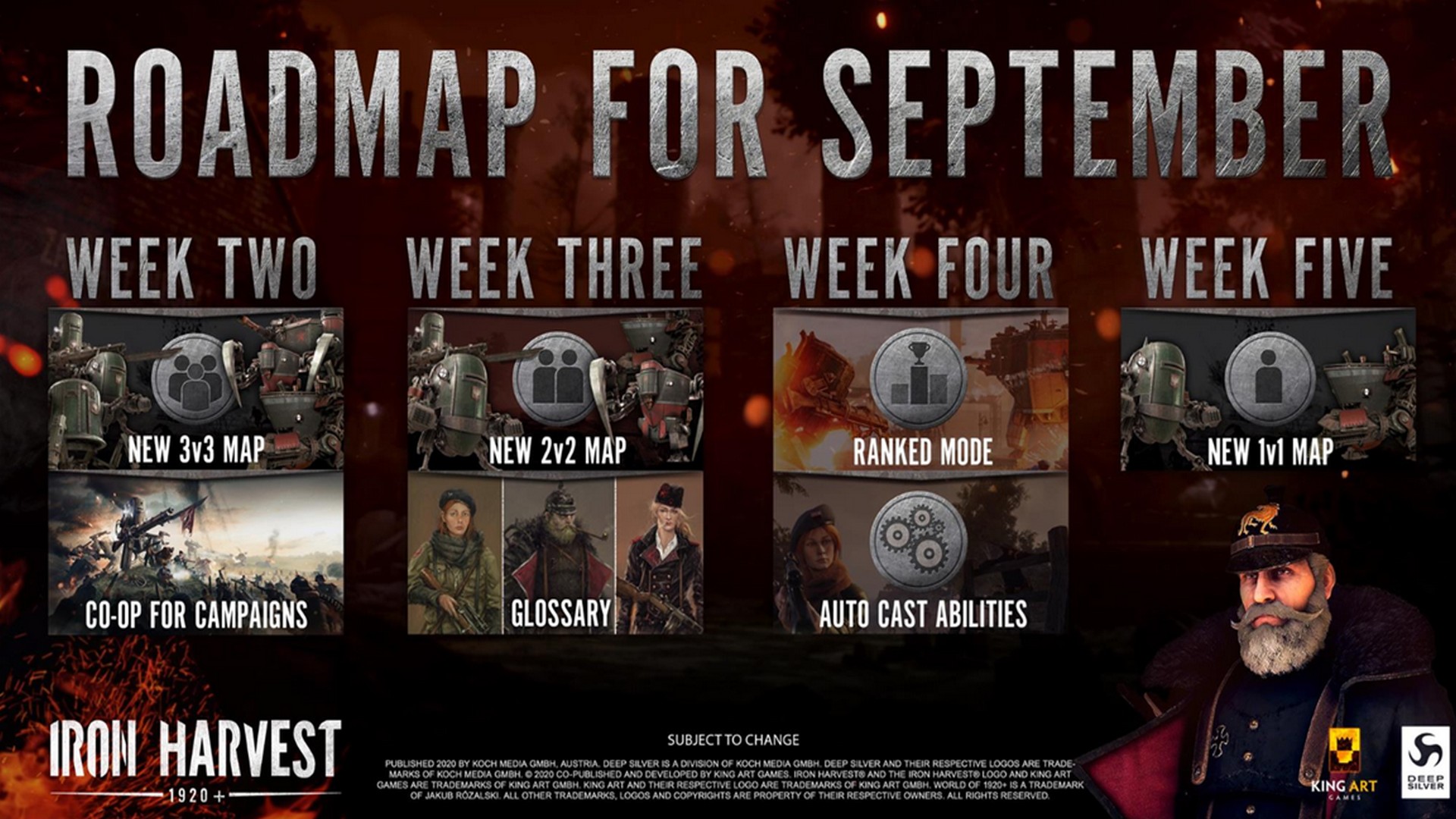 Celebrating the successful release of the real-time-strategy title, Iron Harvest, KING Art Games are happy to announce the first new multiplayer 3v3 map, The Great Wastes, and the single-player co-op feature are being added to the title today.

Additional new content will be added to the game according to last week’s released road map, including the highly anticipated ranked mode. This will allow players to climb up the diesel punk ranks and fight for the crown of 1920+. Later on, new 1v1, 2v2 and 3v3 maps will bring even more variety to the world of 1920+.

In addition, to support and deepen the immersion into the gritty diesel-punk universe of 1920+, KING Art games worked with five studios and over 100 voice actors from Germany, Russia and Poland to provide native language voiceover for the characters of Iron Harvest. Experience the epic overarching story in each faction’s native language (instead of subtitles) with this unique level of immersion.

“Thanks to this effort from KING Art, the native mode throws players right into the middle of this European conflict and they can dive even deeper into the thrilling story line. It’s truly amazing seeing my artwork and the world I worked on coming to life in this way. For me personally, I wouldn’t play it in any other way than with the native languages for each faction, it just adds so much to the experience,” states Jakub Rozalski, the artist behind the world of 1920+.