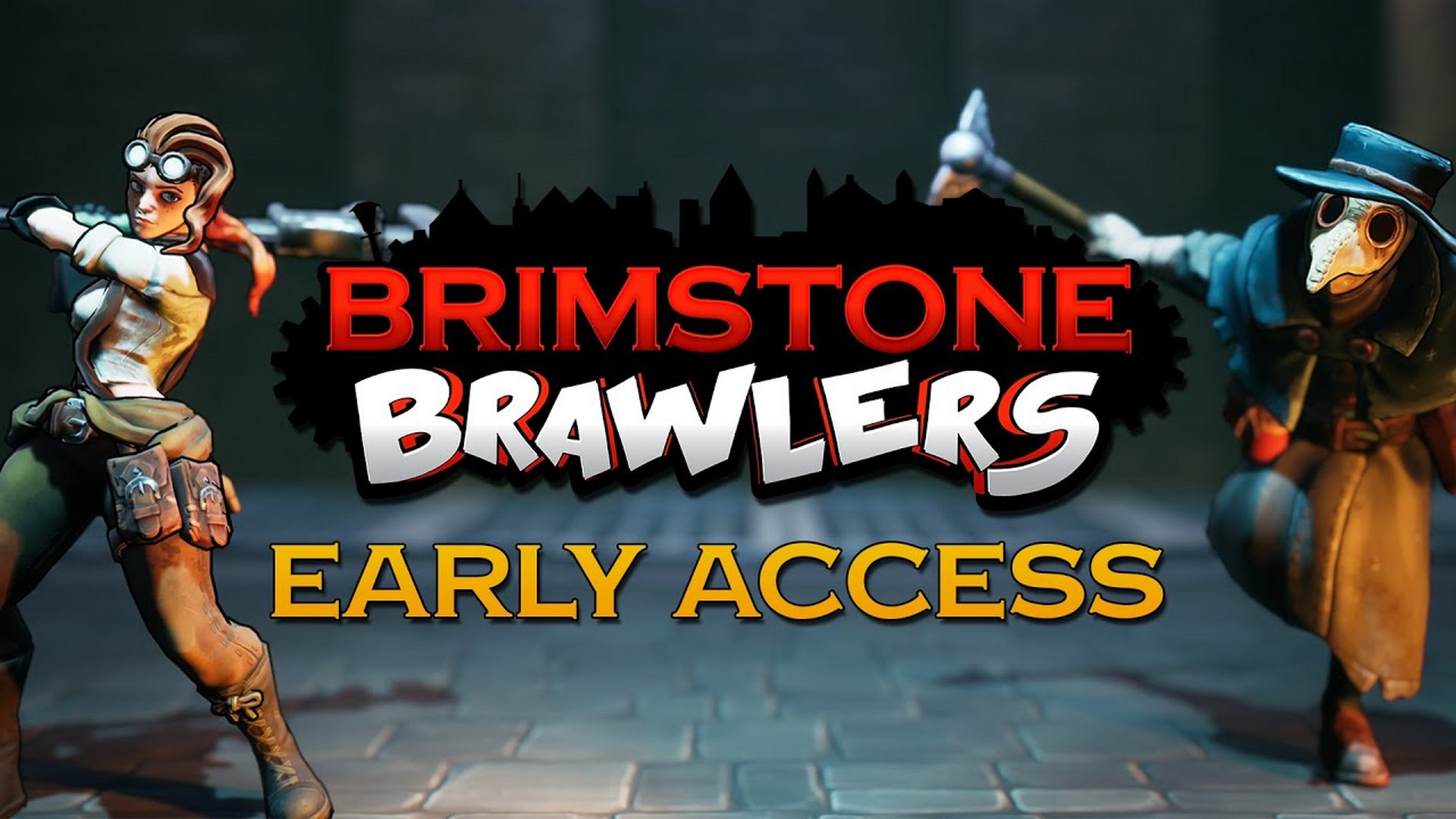 Brimstone Brawlers is a multiplayer PvP arena game with peculiar Brawlers set in a Lovecraft inspired industrial Victorian city.
The cast of Brawlers include a soul-chasing Wraith, an unhinged Butcher searching for meat, a deranged Plague Doctor who thinks he is an actual bird, and an innocent looking female Traveller that carries a suitcase with a Lovecraft-esque monster inside (or perhaps that is the Traveller?).

Brawls occur in a variety of dangerous hazard-filled arenas ranging from a station with running trains (protip: try not to get hit by them) to decrepit building rooftops where you can knock opponents off to their demise. Players will have to avoid these hazards while outplaying their opponents in order to emerge victorious.