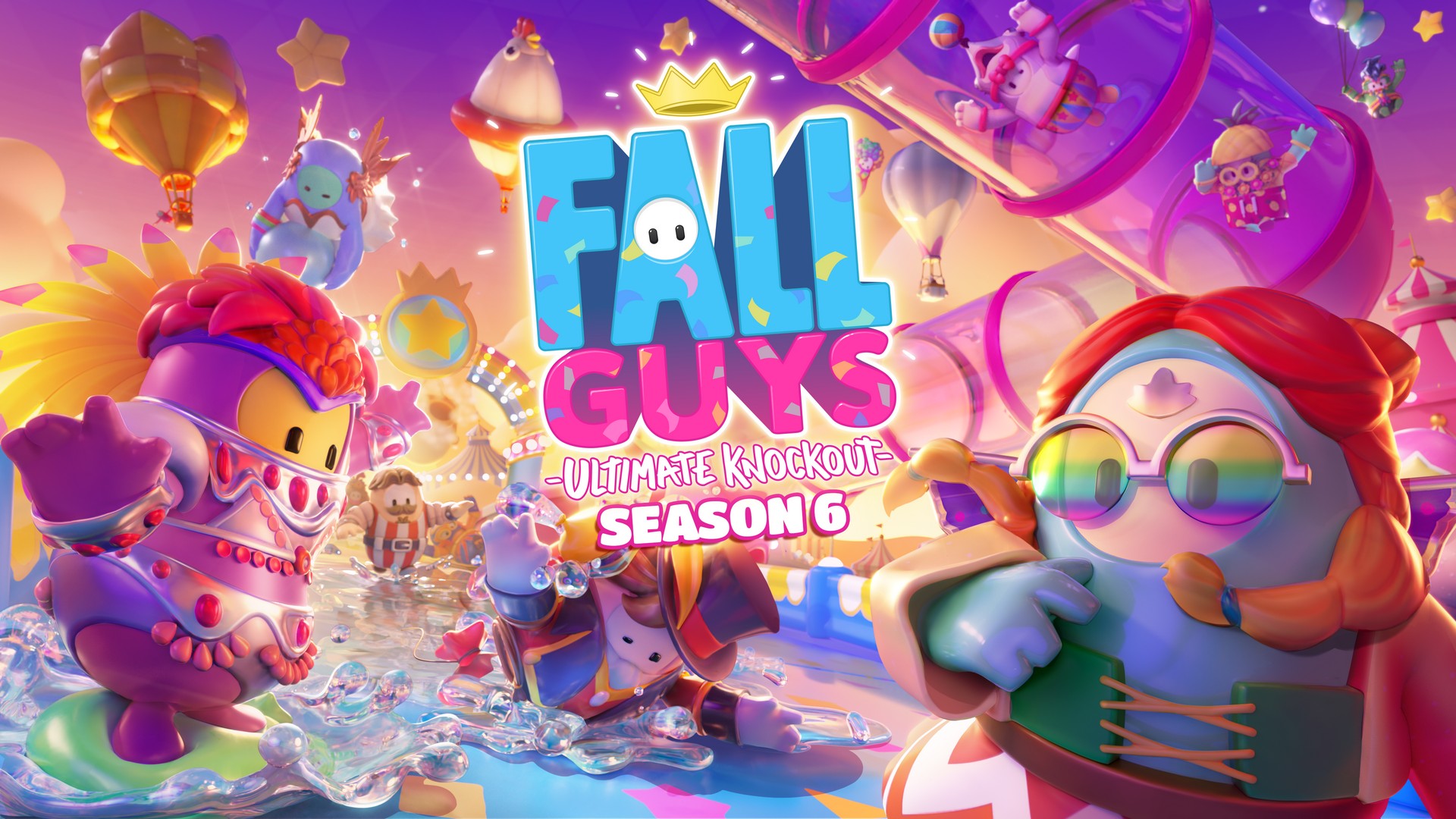 Fall Guys: Ultimate Knockout fans will be tumbling into a festival themed Blunderdome on Wednesday 1st December 2021 with the launch of season 6 – Party Spectacular – the latest addition to Mediatonic’s battle royale party game!

Intriguing details were revealed at the ‘Season 6 Reveal’ stream event! But if you missed out (or just want a little refresher), join us for a closer look at the ultimate carnival of Crowns below….

Fall Guys season 6 will see beans dive and dash through dazzling new Rounds on PC and PlayStation, stacked with a frankly ridiculous assortment of never-before-seen obstacles to test your stumbling skills. Coming this season:

Epic Games Accounts will be required to play Fall Guys once live in Season 6, bringing new features to the game: cross-platform progression between PS4 and Steam, and the return of custom usernames.

Season 6’s Fame Path is overflowing with goodies to get you fully equipped for the Party Spectacular! Your Blunderdome antics will set you tumbling through 50 tiers of rewards with more than 20,000 Kudos to unlock, over 20 Crowns, ludicrously colourful costumes and other treats.

No new season party would be complete without the hottest fall looks, so prepare to jump into over 25 new costumes of carnival couture, guaranteed to send you to the slime in style.

Your Blunderdome Construction Crew have been preparing a platter of new Limited Time Events to reward the most dedicated beans! Plus, we’ve implemented a slew of fixes and improvements for smoother stumbles, based on feedback from our players.

Plus plenty more details to follow in our release notes at launch!

Fall Guys: Ultimate Knockout is out now on PlayStation and PC. Stumble over to fallguys.com