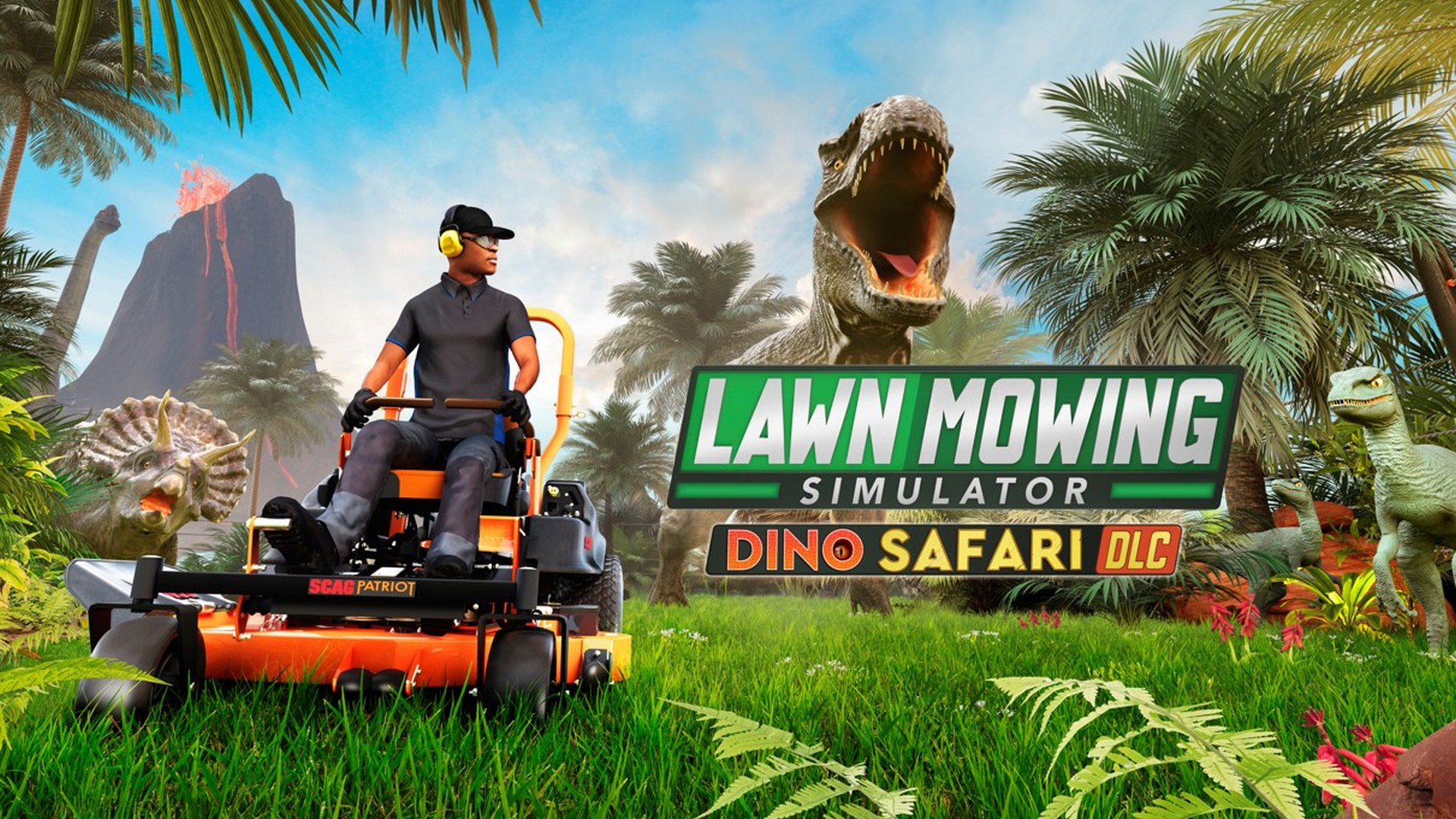 It’s a mowmentous day for Curve Digital and Skyhook Games as popular simulator and business management game Lawn Mowing Simulator has launched a brand new Dino Safari DLC pack, which is available now for all players on PC and Xbox platforms.

In the new Dino Safari DLC, players will get to jump into the Jurassic era to navigate their mowers around the fictional Dino Safari Park and keep the lawns pristine around models of giant T-rexes, cunning raptors and gentle herbivores and many more. The DLC includes four new contract locations; the Cretaceous Canyon, Herbivore Valley, Raptor Enclosure and T-Rex Paddock as well as 12 new career contracts, four new valuables to find in Career mode and six new achievements.