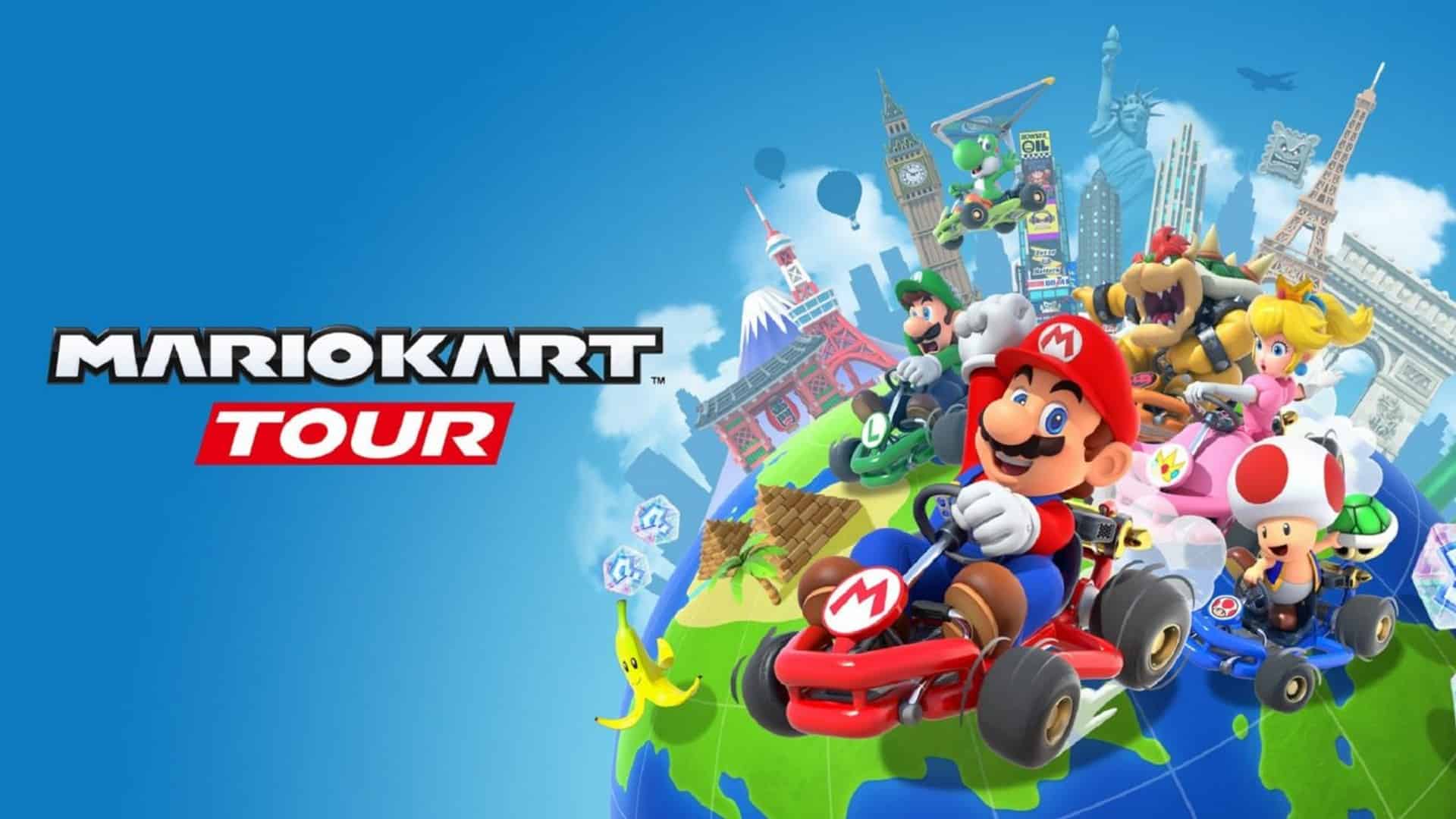 Get your fingertips ready: Mario and friends have boosted across the starting line and begun their world tour! Mario Kart Tour, the first Mario Kart game to launch for smartphones, is now available to download on iOS and Android devices. Players will be using intuitive touch controls to boost, drift and speed their way to victory over a series of colourful courses, with some inspired by locations in the real world.

The free-to-start Mario Kart Tour brings the endless racing fun of Mario Kart to mobile devices, allowing players to collect a variety of drivers, karts and gliders from an expanding roster. Players can strive to achieve high scores, unlock additional cups, earn in-game rewards, or compare their online ranking in a weekly ranked cup with players from around the world. Many classic tracks, items and characters make return appearances, and new courses and special items specific to each driver have also been introduced, like Diddy Kong’s Banana Barrels and Peachette’s Mushroom Cannon.

Players can choose which drivers, karts and gliders to use in races across a variety of courses, including fresh takes on classic tracks and special city courses. City courses, special in-game event courses inspired by real-world locations, will be available during specific time periods and take place every two weeks. The first city course, inspired by New York City, begins today and will be available until 4:59pm AEDT on 9th October. During this time, players will also have the chance to obtain the mayor of New Donk City, Pauline, in the character’s first ever appearance in a Mario Kart game, as well as a New York-themed kart and New York-themed glider. These drivers, karts and gliders can be earned by using Rubies, the game’s in-game currency, to fire off the in-game warp pipe. Rubies can be earned in-game as a milestone reward when unlocking cups, completing challenges, or by purchasing them using real-world money.

New York City is just the first of many stops in Mario and friends’ world tour, with more city courses, such as Tokyo and Paris, taking place in the near future. Mario Kart Tour will continue to receive new content and updates post-launch.

Mario Kart Tour, the first Mario Kart game to launch for smartphones, is now available to download on iOS and Android devices.