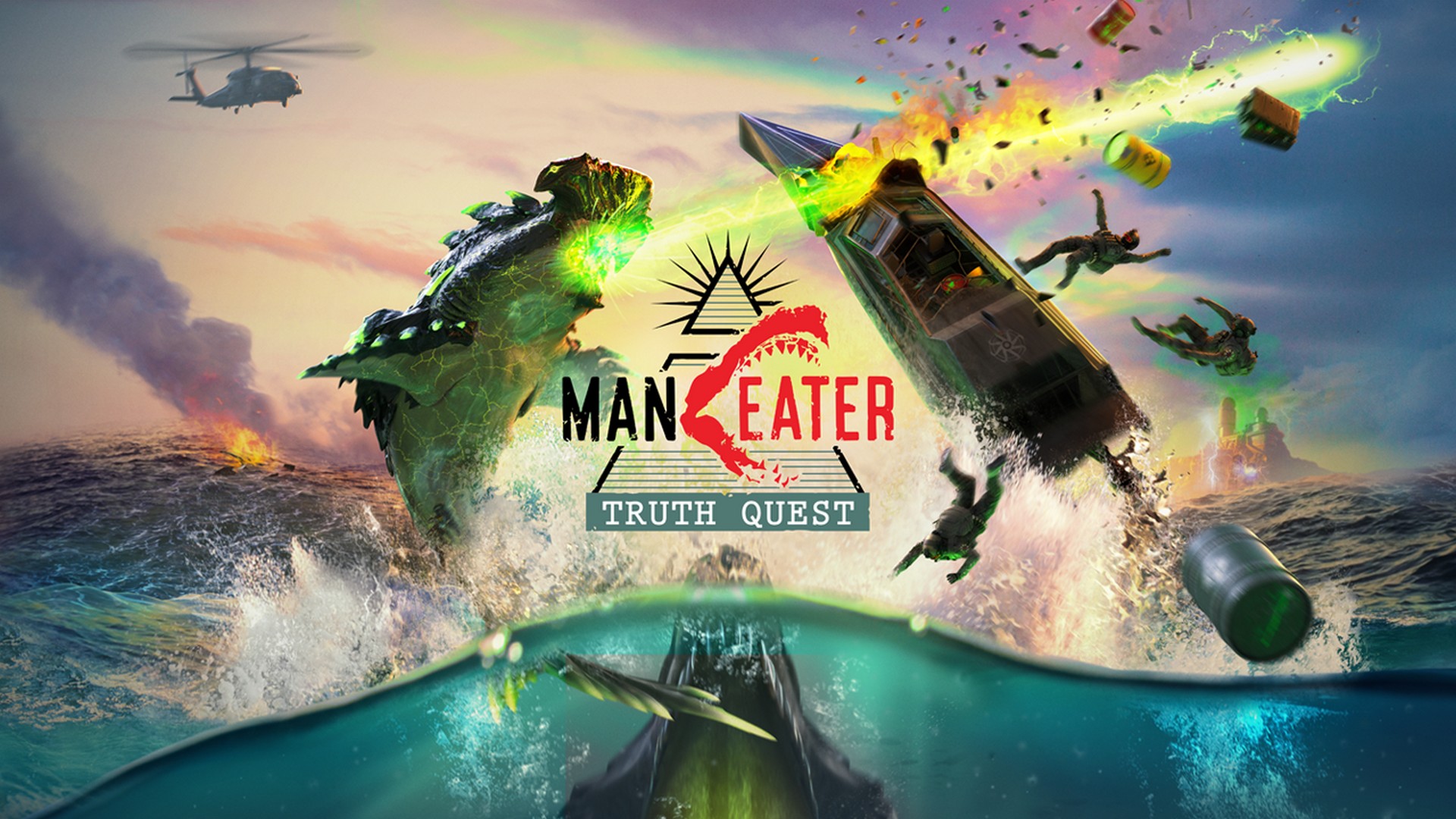 Developer and publisher Tripwire Interactive is proud to share first details for Maneater: Truth Quest, the upcoming downloadable content (DLC) for 2020’s eat ‘em up hit, Maneater. Coming this summer for the PlayStation®4 and PlayStation®5 computer entertainment systems, Xbox One and Xbox Series X/S console systems, as well as PC (via Epic Games Store), Maneater: Truth Quest continues where the story left off following the thrilling conclusion in Maneater, the original award-winning Action-RPG (shARkPG) where you play as a shark.

Starring the titular and evolved bull shark protagonist – and Chris Parnell (Saturday Night Live, Rick and Morty, Archer), reprising his role as investigative journalist Trip Westhaven, Maneater: Truth Quest will take players down the rabbit hole of dark secrets and conspiracies surrounding Port Clovis and the Naval Wildlife Organization (NWO). The original stories of animals growing bone-like armor, emitting flesh-eating toxins, or using electricity as a weapon were simply just old fisherman’s tales. That is until conspiracy theorists everywhere pointed to the original Maneater as solid proof of a Government coverup. Trip Westhaven, driven to the brink of madness, fires up his ViewTube channel “Truth Quest”, to take his followers, the “Questers” into deep waters in an effort to uncover the dark secrets behind this whale of a tale.

“The team has been hard at work on Maneater: Truth Quest and we’re excited to announce the first details on the downloadable content that so many fans have been asking for,” said Sean McBride, Creative Director at Tripwire Interactive. “We’re aiming to give players more of what they loved from the original Maneater, with the ability to grow bigger, explore an entirely new region off the coast of Port Clovis, and evolve further tools of destruction. Inspired by Scaly Pete’s father’s tales of ‘Gub’ment Experiments’, we pick up where we left off and join Trip Westhaven and the shark’s journey down the rabbit hole of conspiracy and military cover ups as you eat, explore and evolve through these uncharted waters.”

With two new episodes and an entirely new region, the Maneater: Truth Quest DLC is packed with new evolutions, challenges, wildlife, and more! Players will once again take control of the apex predator of the sea to Eat, Explore and Evolve their way to the top of the food chain. A small taste of new features and content include:

The original Maneater is a single player, open-world action-RPG (ShARkPG) where YOU are the shark. Starting as a small bull shark pup you are tasked with surviving the harsh world while eating your way up the ecosystem. To do this, you will explore a large and varied open world encountering diverse enemies — both human and wildlife. Find the right resources and you can grow and evolve far beyond what nature intended, allowing the player to tailor the shark to their play style. This is fortunate, because to get revenge on the cruel fisherman that dismembered you will take evolving into a massive shark, an apex predator of legends. Eat. Explore. Evolve.