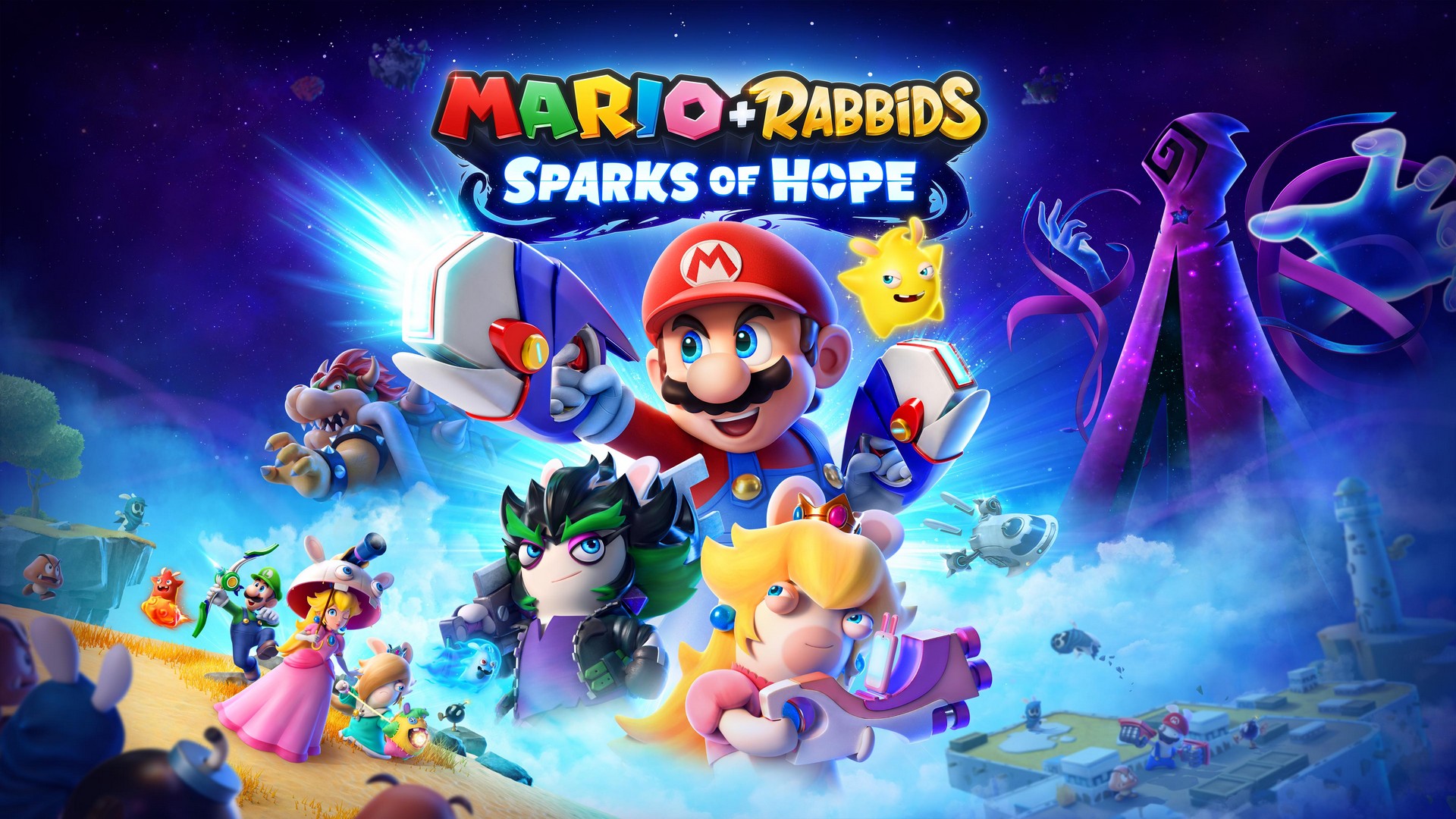 Today at Ubisoft Forward, Ubisoft announced that Mario, Rabbid Peach and their friends are back in a cosmic adventure in Mario + Rabbids® Sparks of Hope. Players will embark on an epic journey to restore order as Cursa, a mysterious and malevolent entity, twists the planets with its evil influence. They will explore incredible worlds and fight enemies in innovative combats mixing turn-based tactics and real-time movements with their extravagant team of heroes. Mario + Rabbids® Sparks of Hope will be available worldwide for Nintendo SwitchTM in 2022.

Join Mario and the Rabbids Heroes as they take on Cursa and its dangerous minions. Cursa is inflicting chaos on the planets and their quirky inhabitants while seeking to consume all the energy of the Sparks, uncanny creatures formed by the fusion of Lumas and Rabbids.

On your adventure, travel and explore a variety of planets filled with strange inhabitants and hilarious secrets. Outwit enemies along the way in an innovative combat system mixing turn-based tactics and real-time action. Take control of your Heroes to dash enemies, team jump on allies, hide behind cover… and make the most out of each turn in tactical and dynamic fights.

Players will create their dream team of three Heroes from an eclectic roster of nine to face surprising bosses, familiar enemies from the Mario universe and exceptional Rabbids enemies in their cosmic quest! There are dozens of Sparks throughout the galaxy to locate, rescue and join the journey. Each Spark has a distinct power and personality, and heroes can use their special abilities in battle to gain the upper hand in combat. When this unlikely team combines forces with the Sparks’ immense energy, anything is possible … for better OR worse!