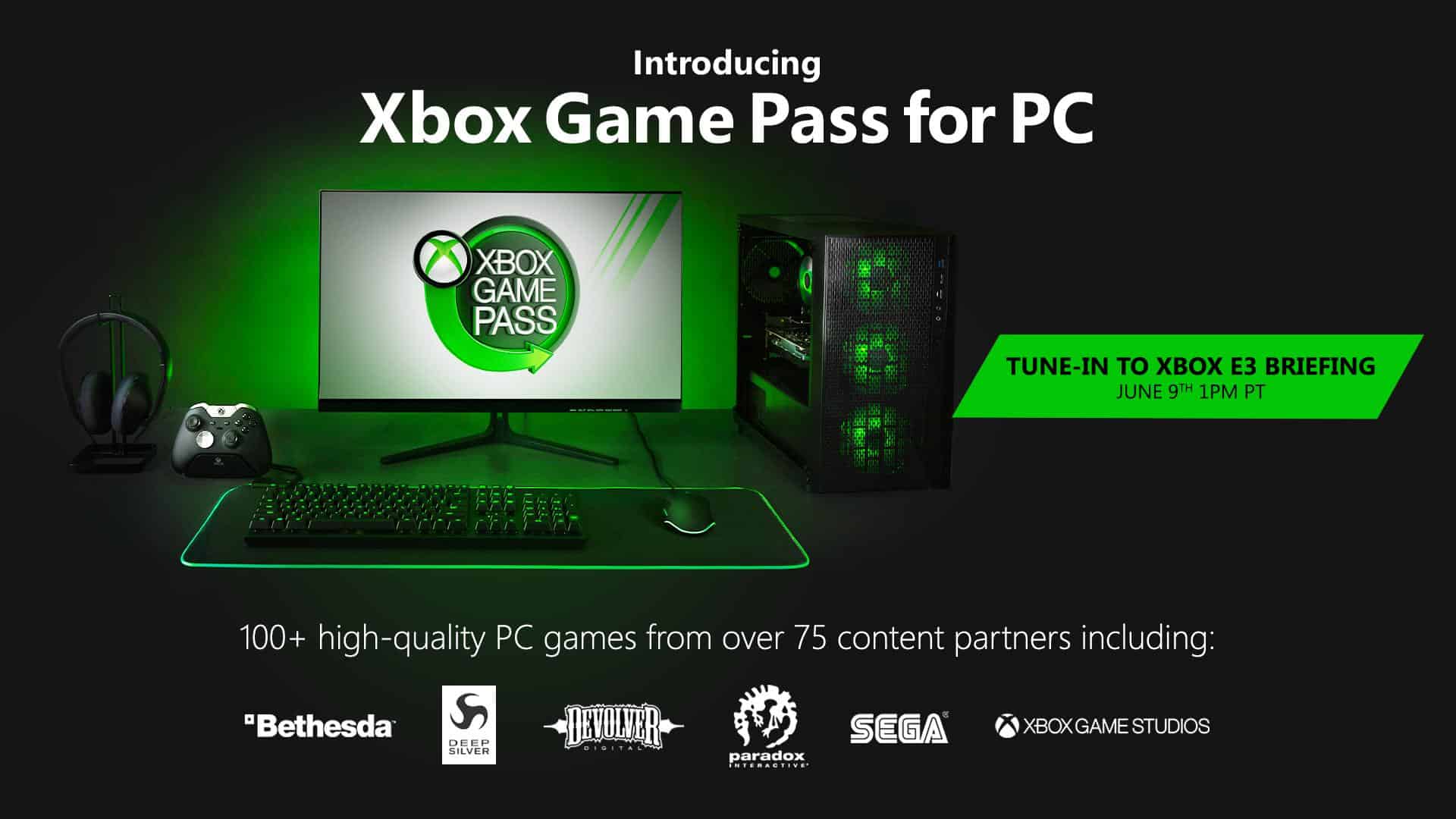 Two years ago, Microsoft launched Xbox Game Pass on Xbox One, and since then they’ve seen how valuable a curated library of high-quality games can be for players and game developers alike. It offers a great way to discover and play your next favorite game. They’ve researched whether a similar opportunity exists for PC players and PC game developers, and they believe that it does. They also considered the importance of bringing something new and additive to the PC gaming ecosystem, and believe that they can. So, they’ve designed a service specifically for the needs of PC gamers and PC game developers. It’s called Xbox Game Pass, just like the original, but it’s a new experience that they are building together with the PC community.

Xbox Game Pass for PC will give players unlimited access to a curated library of over 100 high-quality PC games on Windows 10, from well-known PC game developers and publishers such as Bethesda, Deep Silver, Devolver Digital, Paradox Interactive, SEGA, and more. And just as they’ve committed on the console, it is their intent to include new games from Xbox Game Studios in Xbox Game Pass for PC the same day as their global release, including titles from newly acquired studios like Obsidian and inXile. They’re working with over 75 developers and publishers to bring PC content to the service and will ensure the library remains curated and full of great PC titles across a variety of genres, with new games added every month.

Xbox Game Pass for PC members will also receive discounts in the Microsoft Store on Windows of up to 20% on games currently in the library and up to 10% off related game DLC and add-ons.

Microsoft look forward to sharing more at E3, including the great games coming to the library, as well as more details on when and how you’ll experience the new Xbox Game Pass service for PC gamers.

More Choice in Where to Buy Xbox Game Studios Titles

Enabling gamers to play together, through cross-platform play and cross-network play across Windows 10 PCs and console, is vitally important. Building communities across all of those players, regardless of the store or platform they’ve chosen (console or PC), is also vitally important because it helps bring players together, allows games to find their largest audience and allows gaming to deliver its true potential of uniting people around the power of play.

With that in mind, their intent is to make their Xbox Game Studios PC games available in multiple stores, including their own Microsoft Store on Windows, at launch. Microsoft believe you should have choice in where you buy your PC games.

In March, they announced that Halo: The Master Chief Collection will come to PC later this year, launching on Steam in addition to the Microsoft Store on Windows. They will continue to add to the more than 20 Xbox Game Studios titles on Steam, starting with Gears 5 and all Age of Empires I, II & III: Definitive Editions. They know millions of PC gamers trust Steam as a great source to buy PC games and they’ve heard the feedback that PC gamers would like choice. They also know that there are other stores on PC, and are working to enable more choice in which store you can find their Xbox Game Studios titles in the future.

Microsoft want to bring players together to create a shared player community regardless of where they play, so it’s their intent that new Xbox Game Studios titles include features such as voice and text chat, LFG, friends lists and cross-play across PC and console. On Windows 10 you’ll find this functionality in the Xbox Game Bar, which they’ll continue to evolve and expand.

Microsoft want creators to be inspired to bring their best content to Windows 10, and wthey want Windows 10 to be the place where gamers come to discover their next favorite PC game. They recognise that Win32 is the app format that game developers love to use and gamers love to play, so they are excited to share that they will be enabling full support for native Win32 games to the Microsoft Store on Windows. This will unlock more options for developers and gamers alike, allowing for the customisation and control they’ve come to expect from the open Windows gaming ecosystem.

You can find out more at the Xbox E3 2019 Briefing on Sunday, June 9, including the amazing lineup of new games and offers coming to PC players.