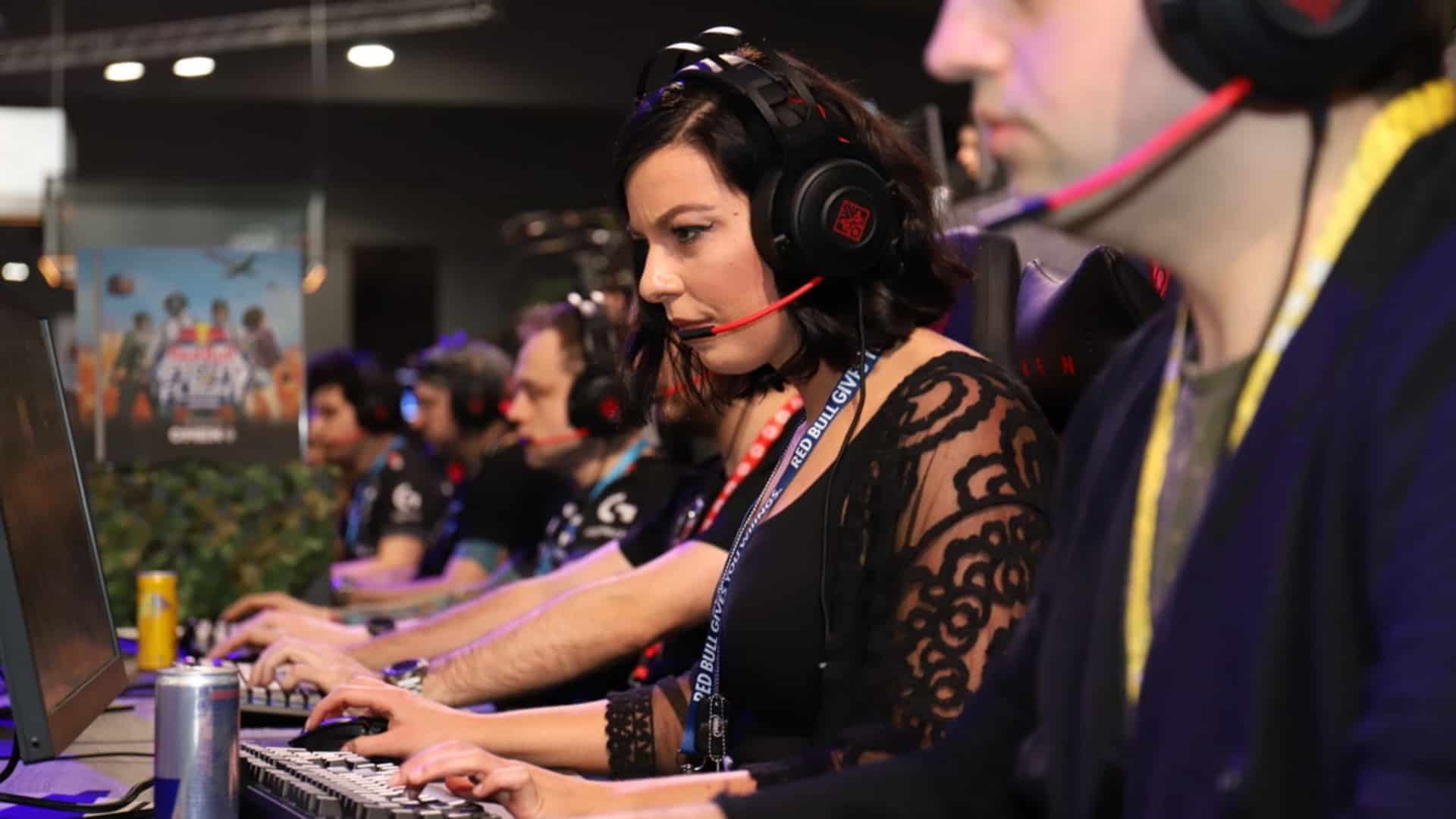 Thanks to our amazing friends over at Red Bull Australia, we had the pleasure of interviewing Aussie Twitch Partner, YouTuber, and PUBG streamer, IamFallFromGrace.

1. What/who got you into playing PUBG?

One of my Twitch Moderators played it in Early Access and thought I’d enjoy it. I started playing it casually and then it quickly became my main game on stream for almost a year.

2. What do you prefer singles/duos or squads?

Solos, for sure. There is no greater rush in any video game than a solo match and getting into the Top 5, fighting for that Chicken Dinner. I prefer most games in Solo if it’s an option, I like the added challenge.

3. What games, besides PUBG, do you play to relax? If not games, what do you do to wind down?

PUBG definitely isn’t relaxing… haha, that’s why I love playing it. For me, winding down is a gym session and then a big nutritious meal.

4. How do your friends and family think about you playing games and streaming?

Initially when I started YouTube in 2012, it was such a new industry and they didn’t fully understand it, but they were supportive. Now that it’s been my full-time job for almost 3 years, they take it a lot more seriously. My Mum is a huge supporter and always wants to hear about the trips I go on.

5. How did you get into streaming?

As mentioned, I started YouTube in 2012 and worked on that for a few years. YouTube went through a lot of changes which resulted in my content being largely demonetized (I played a lot of GTA V) so I looked elsewhere. Twitch very quickly became my main platform as I fell in love with the live aspect of streaming and connecting with my audience.

6. Australian players are known to be very aggressive players do you agree with this comment?

Yeah, I agree with that, but would phrase as competitive versus aggressive. The OCE servers are the toughest competition that I’ve encountered in PUBG (apart from ONE time I got matched on NA against Shroud and he sniped me the instant he saw me). When I’ve played on SEA in the past, the games feel incredibly easy, despite the higher ping.

In a competitive environment like Red Bull Fight or Flight, which I played at PAX, it is more intense as the games are so short. They last no longer than 15 mins with playing field shrinking rapidly and causing more damage. You’ve got to get in there and get aggressive quick to win.

7. What is your preferred play style in PUBG? Snipe from afar or get in close with a shotgun?

My dream setup (crate weapons aside) is the M24 and an M4. M24 for long range encounters and M4 for up close and personal. Oh and a pan to protect the goods, of course.

But I have really been enjoying playing Red Bull Fight or Flight’s custom PUBG settings as it puts me out of my comfort zone. As the loot spawns are much more concentrated and more frequent with care packages offering up better equipment, some of my old tactics are thrown out the window and I need to improvise on my feet. 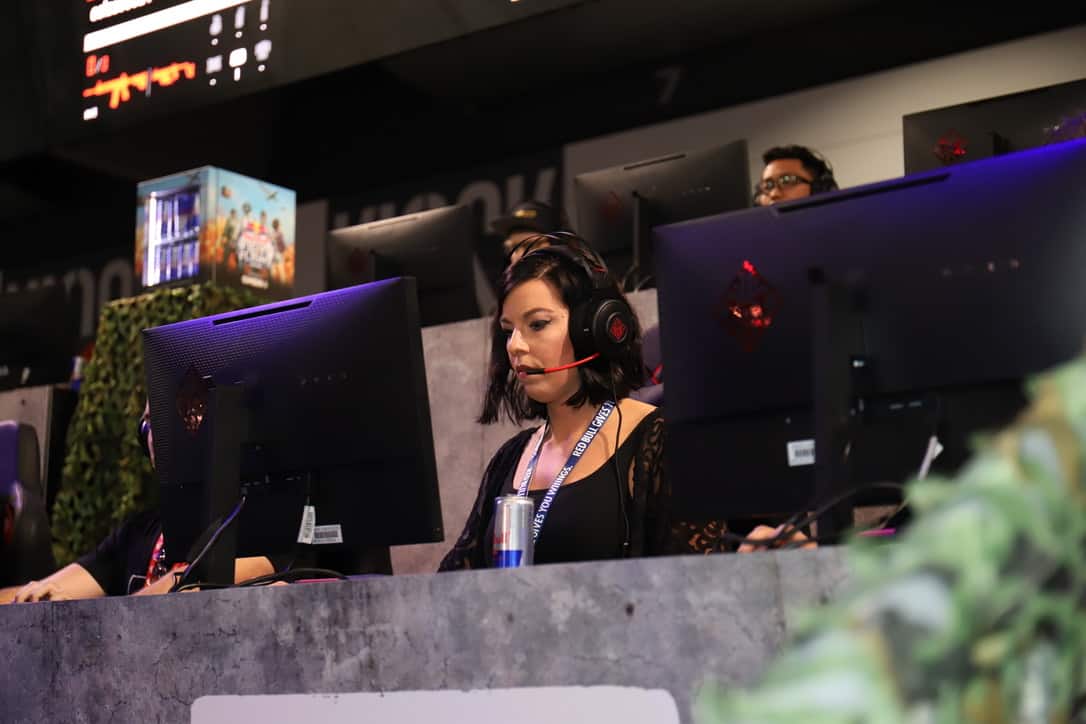 8. Who would be your dream team if you could choose your PUBG squad?

Shroud, Grimmmz, Sequisha and myself. I’ve never really spoken with Shroud, but he’d be a huge asset to the team. Grimmmz and Sequisha are really nice dudes and also kick ass at PUBG. I think it’d be a fun team to watch and we’d definitely get a few dinners.

9. What would be your most memorable moment in PUBG?

Oof, that’s tough. So many great moments streaming PUBG for over a year. I used to host Custom Games with my community that were definitely a highlight. One of my favourites was SMG’s Only in the Fog on Erangel. Being able to play against my viewers was an amazing way to connect with them and when it was the Top 10 (and I was dead) I had some intense heart beat music that I played while I cast the final plays.

10. With not just being a gamer you also participate in Obstacle Course Racing, do you believe that its very important to have a healthy lifestyle balance between streaming/YouTube and remaining physically focused not just mentally focused?

Absolutely. In any professional, physical and mental well-being is paramount, but often overlooked. As a streamer, I feel responsible to set a good example for my peers and the viewers! That’s why my Personal Trainer and I started FitForPurpose, a fitness based channel to help spread knowledge backed by an actual qualification, not just another streamer telling people to stay hydrated and exercise.. haha

11. Where do you see streaming going in the next 5 years?

I only see it going more and more mainstream, which is exciting. The competition is tougher than ever as every second person call themselves streamer at this point, but competition breeds innovation. Twitch is still more ‘niche’ than YouTube, I look forward to a time where streamers are more respected as entertainers.

12. What do you prefer, single player games or multiplayer?

It really depends on the day. My favourite games of all time are all single player games; Bioshock Infinite, Assassin’s Creed Revelations and Red Dead Redemption 2. Having said that, in terms of replayability, I love a good shooter that can hold my attention for years on end.

13. Do you think streaming helps bring Esports to a larger audience?

Definitely. Esports, while it’s such a huge category in itself, is such a small portion of the gaming industry. Streaming caters to a wider variety of viewers, for example: People who want a ‘chill’ place to hang out in with the streamer, or to enjoy a story game they may not necessarily play themselves etc. Whereas Esports is one thing: competitive gaming.

If I’m at competitive events like MEO, IEM etc. I’ll always back the Chiefs!

15. What game have you sunk the most hours into?

A huge thank-you to Red Bull Australia and IamFallFromGrace for your time. Now, don’t forget the Red Bull Fight or Flight Last Chance Qualifiers and Grand Final live event is on this Saturday 2nd November at Carriageworks, Sydney.

Visit www.redbull.com/FightorFlight for tickets and to register for the remaining squad spots in the Last Chance Qualifiers.

For those that can’t make it to Sydney, you can watch the Red Bull Fight or Flight Grand Final live on Red Bull Twitch