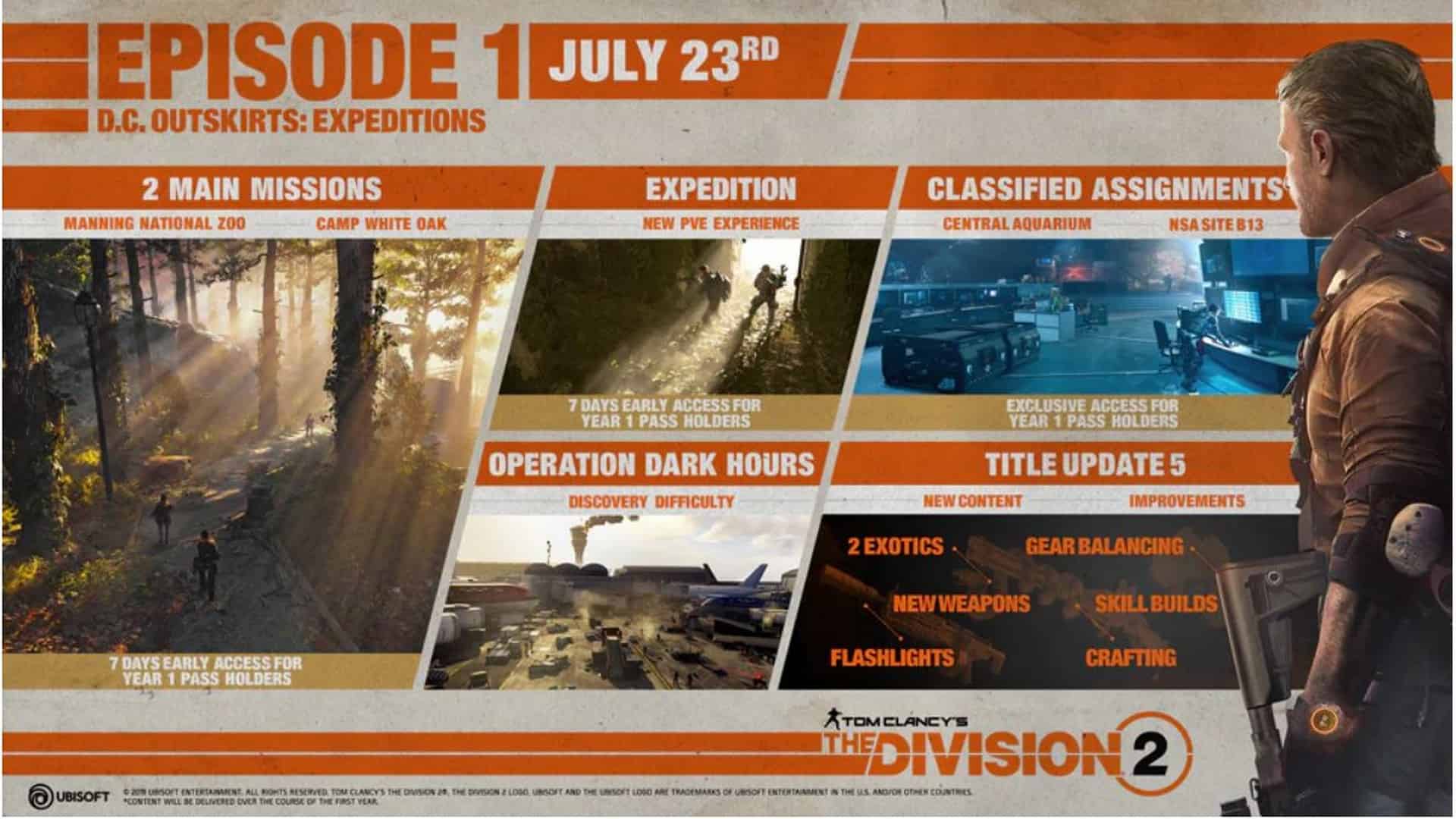 Ubisoft has announced new details and the release date of its first episode and latest major update for Tom Clancy’s The Division® 2, available on the Xbox One family of devices including the Xbox One X, PlayStation®4 computer entertainment system and Windows PC. Tom Clancy’s The Division 2 will also launch on the new generation gaming platform Stadia and on Uplay+, Ubisoft’s subscription service.

Part of the game’s Year 1 free content plan, Episode 1 – D.C. Outskirts: Expeditions takes the fight outside the streets of Washington D.C. The fresh content for Episode 1 features new locations to explore and picks up where the story leaves off after the final boss at Tidal Basin. Episode 1, along with the new Expeditions experience, will release July 23rd for all Year 1 Pass holders and July 30th for all players.

Alongside content, Episode 1 will also bring game updates based on player feedback: