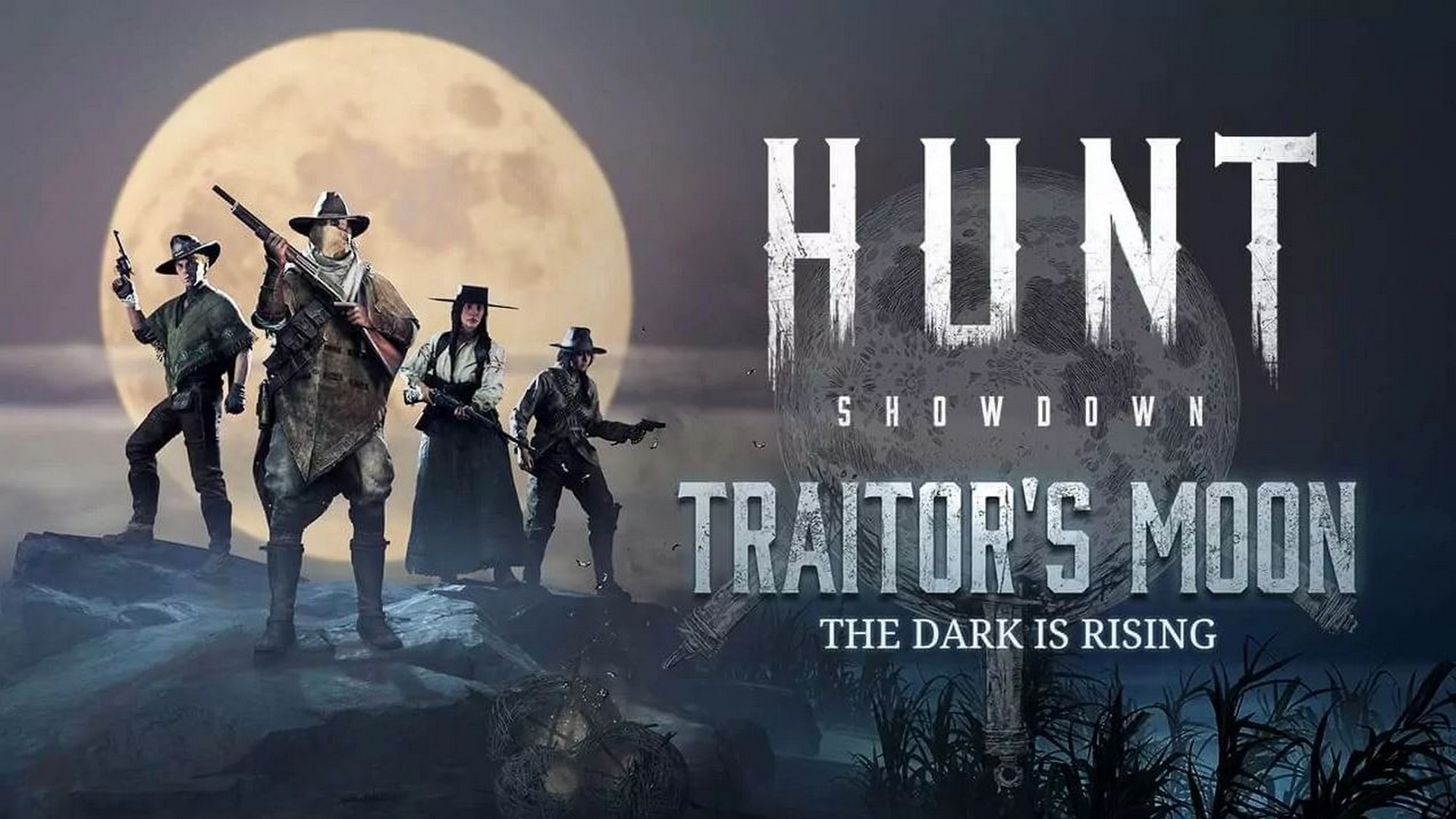 A new darkness rises in the bayou as Hunt: Showdown players are invited to join the game’s latest live event, launching today.

A range of new stackable boosters are available for players to accelerate their progress, and new stories about a sinister plan for the manipulation of the corruption in the bayou will be revealed. A new DLC pack, “The Meridian Turncoat,” offers players a new Legendary Hunter and Legendary Weapons to help them lead the charge for rewards during the event.

The four weapons in Early Access won’t be made available for at least twenty days after the event, so now’s a great time to play and slay with these guns first.

Launching alongside the Traitor’s Moon Live Event is The Meridian Turncoat DLC. The pack includes “Turncoat,” a new Legendary Hunter who was sent to war but found himself falsely accused of being a traitor after being the sole survivor of an ambush.

Cast out from his former life as a soldier, and with his mind set on revenge, he headed to Louisiana to join the American Hunter’s Association. The new DLC Pack also includes two Legendary Weapons, a pair of Dolch 96 pistols named Crossfire and Ambush, plus a new Legendary Ammo Crate – Red Cask. This new DLC is available now on Steam, Xbox and PlayStation stores for $14.95.

The in-game store also has special offers running for the duration of the live event.

The “Traitor’s Moon Event Bundle” features a new Legendary Choke Bomb, “Cicada,” 1000 Event Points, and a 24 Hours Chary’s Contract at a 15% discount. The Cicada is also available to purchase separately. A new Loyalty Bonus offers players 800 Blood Blonds – Hunt’s in-game currency – if players complete the event by unlocking all rewards, purchase an event-related item from the in-game store, and buy The Meridian Turncoat, the new event DLC. As a special offer, PC players can also buy an event bundle which includes the base came plus four DLCs for up to 56% off in total.

Hunt: Showdown is out now for PC, PlayStation 4, and Xbox One; developed by Crytek and published by Prime Matter. Players can find out more about the latest live event and the game by visiting www.huntshowdown.com.