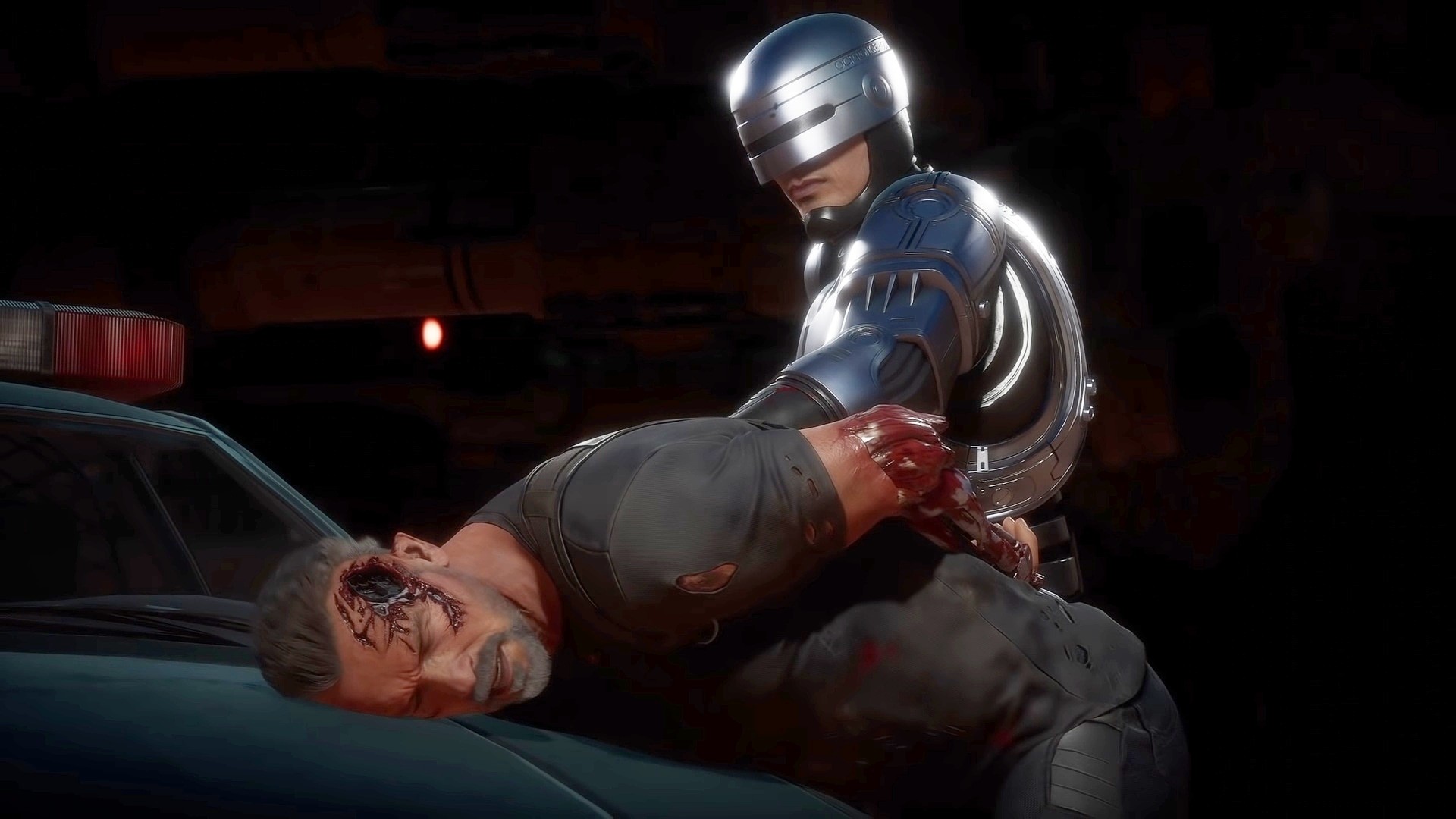 This marquee matchup showcases a Konfrontation for the ages between RoboCop, the highly advanced cybernetic police officer making his franchise debut as a new guest character in Mortal Kombat 11: Aftermath, and the Terminator, the ultimate cyborg assassin who is currently a playable fighter as part of the Mortal Kombat 11 Kombat Pack. In the new trailer, RoboCop is triumphant. Depending on where your loyalties lie, it will be up to players to decide which pop culture icon takes home the victory on May 26 when Mortal Kombat 11: Aftermath launches digitally first.

RoboCop in Mortal Kombat 11: Aftermath features the voice and likeness of actor Peter Weller, who portrayed the popular character in both the original “RoboCop” (1987) film and “RoboCop 2” (1990) sequel, while his opponent, the Terminator is based on actor Arnold Schwarzenegger’s character from the “Terminator: Dark Fate” film.