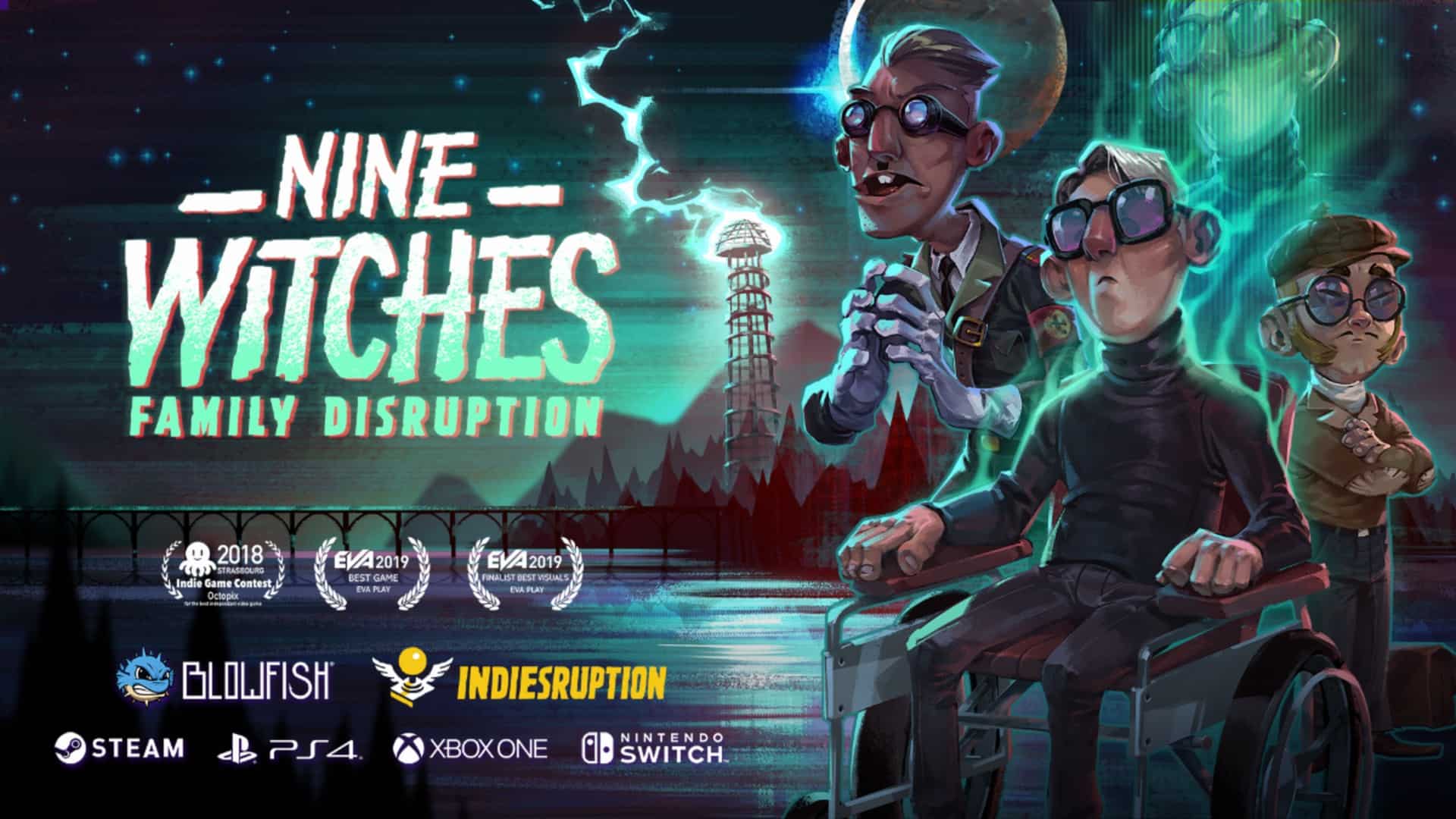 Something strange is happening in Sundäe, a rustic village on the northwest coast of Norway. As the fires of World War II rage on, members of the Third Reich’s Okkulte-SS division have descended on the hamlet, harnessing a mystical power to strike a terrible blow against Allied forces. Under direct orders from the United Kingdom’s Prime Minister, Professor Alexei Krakovitz, a quadriplegic Russian expatriate renowned for his research into the occult sciences, and Akiro Kagasawa, the professor’s capable assistant, arrive in Scandinavia to investigate reports of witchcraft and put an end to the Nazi’s hellish machinations.

Explore the community of Sundäe and cross paths with more than 70 quirky and eccentric characters as the duo seek answers to supernatural enigmas. Collect clues and unravel a mystery as these unlikely heroes. Cross from the world of living to the realm of the dead as Professor Krakovitz, whose ability to traverse the Astral Plane allows him to pass through corporeal barriers and possess weak-minded individuals without leaving the confines of his wheelchair. Commune with ghosts to learn about the region’s haunting history as Krakovitz or switch to Kagasawa when situations need a physical touch, like ferrying items to solve puzzles or taking the fight to the Germans and otherworldly entities in side-scrolling action combat.

Soak in Sundäe’s scenery, brought to life with beautiful, retro-inspired pixel art and a comical story dripping with gleefully absurd, dark humor. Prepare for the unexpected as the heroic pair encounters one bizarre situation after the next on their crusade to stop the Third Reich. Help them do whatever it takes to save the world from the Okkulte-SS’s evil schemes.

“Nine Witches: Family Disruption was born from my desire to blend world history with magic and my personal sense of humor,” said Diego Cánepa, designer, Indiesruption. “I’m grateful Blowfish Studios are using their powers to help me bring the game to consoles and PC so this story can be enjoyed by players across the world.”