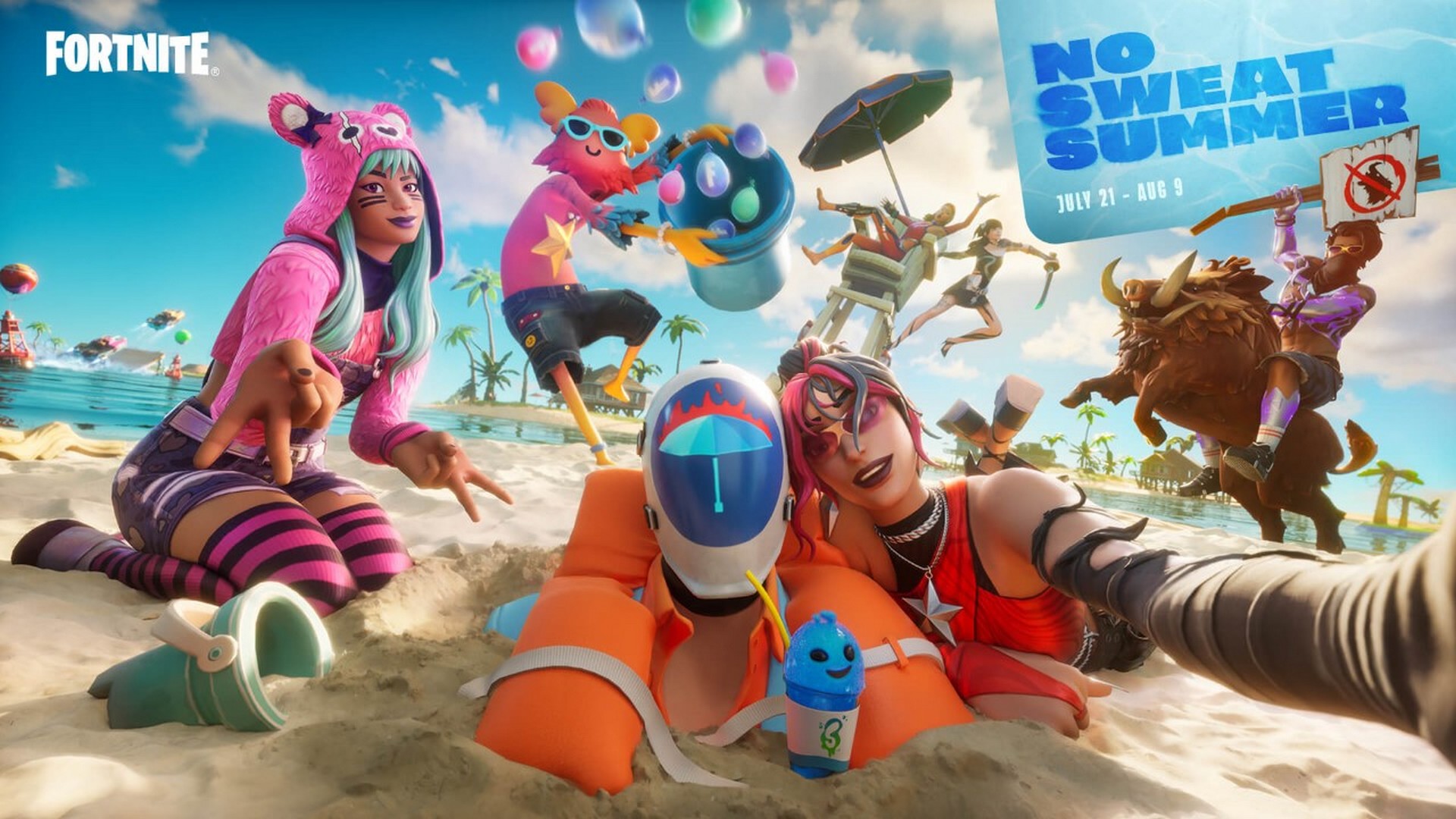 No Sweat Summer is well underway in Fortnite offering players special Quests, thirst-quenching rewards and more up until 10 August!

Players can join the No Sweat street team in Fortnite to complete No Sweat Quests and receive exclusive prizes including: 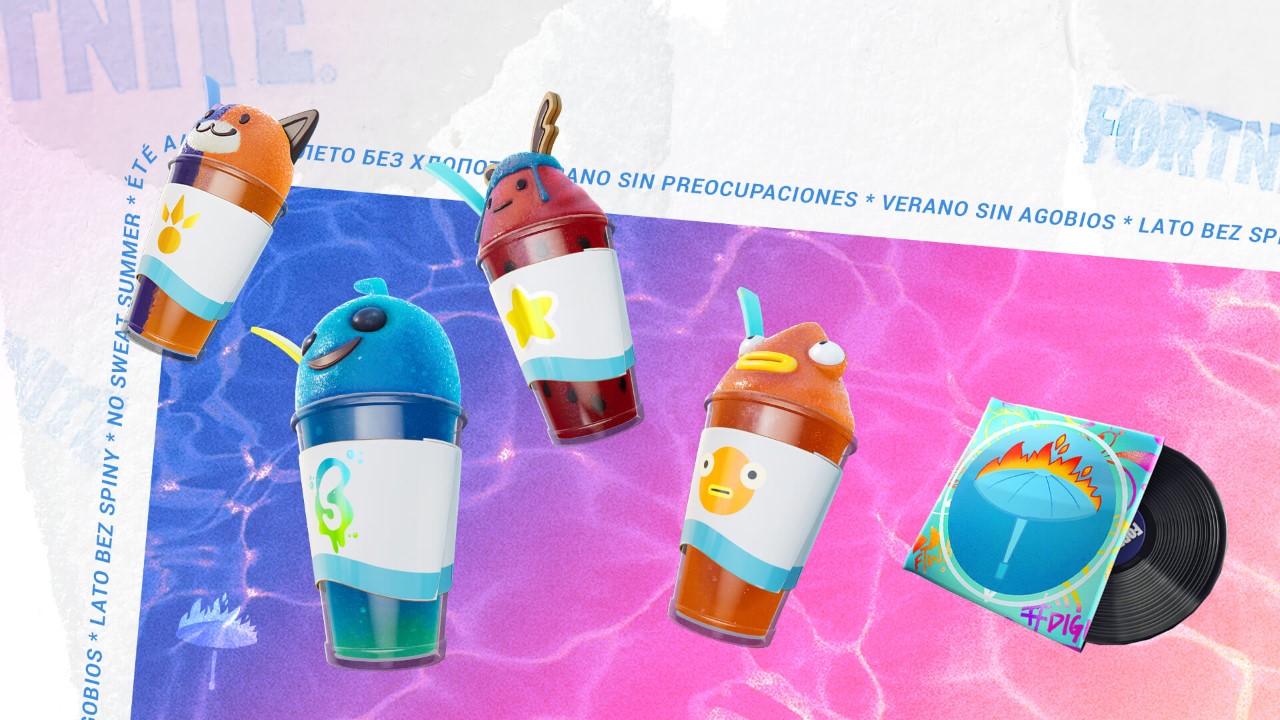 To reward players for completing Quests, those who complete three No Sweat Quests will also unlock the Nana Frost Style of the Ice-Blasted Snow Crunchem Back Bling. For completing seven, they’ll be rewarded with the Sweaty Sailer Glider and for completing 14, they’ll unlock the sign-spinning Sweaty Rotation Emote!

Players can also contribute to rebuilding Tilted Towers with the Rebuild The Block Quests for rewards. They’ll need to Donate Bars for voting on new construction projects, Survive Storm Phases during the Rebuild The Block Event and eliminate opponents during the event to score. For completing quests, players will receive the Sea-Wheeeed Contrail, the Lucky Lance Pickaxe and the Oro-Boris Back Bling.
Brand new summer vibe Outfits are making their debut in the Fortnite item shop during No Sweat Summer including Slayer Charlotte, Undercover Kor, Riptide Raz, swimming pro Medley, and more! Undercover Kor and Riptide Raz are part of the Boardwalk Warriors Pack.

No Sweat Summer creative maps are now also live on the Discover page, where the new creator-made islands are all about chill, relaxed vibes.

Check out the Fortnite blog post for more information. 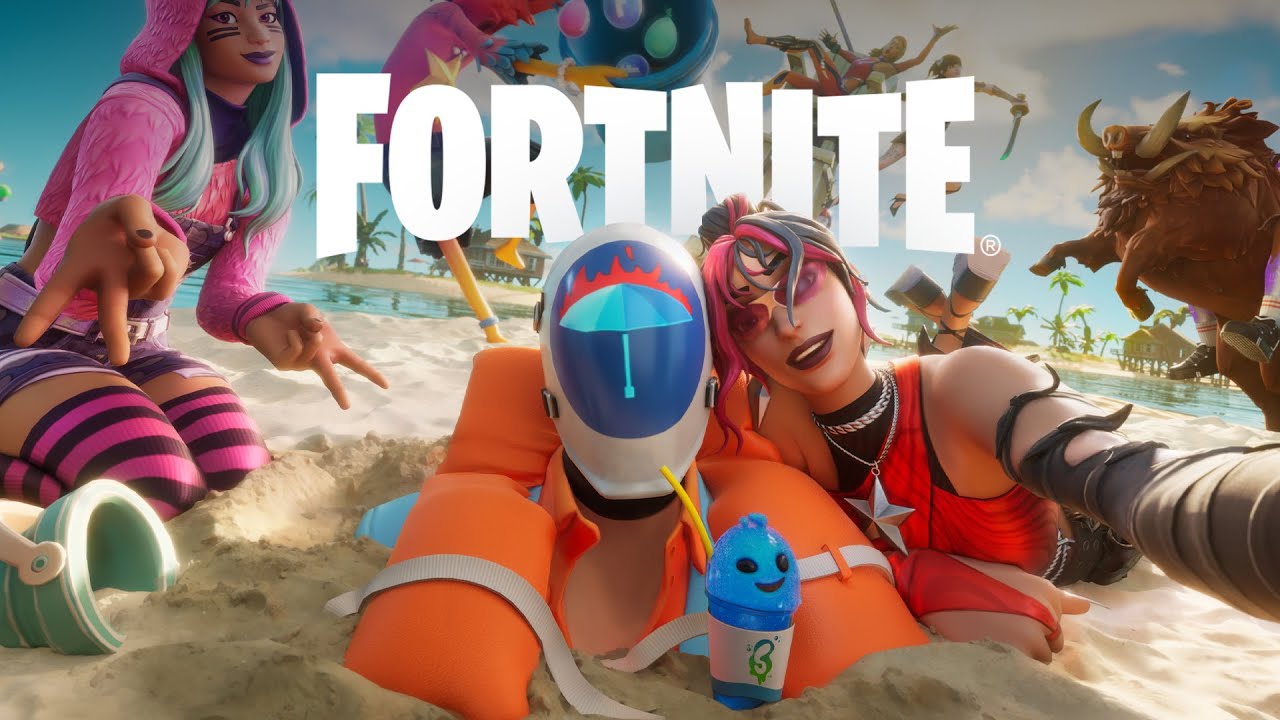