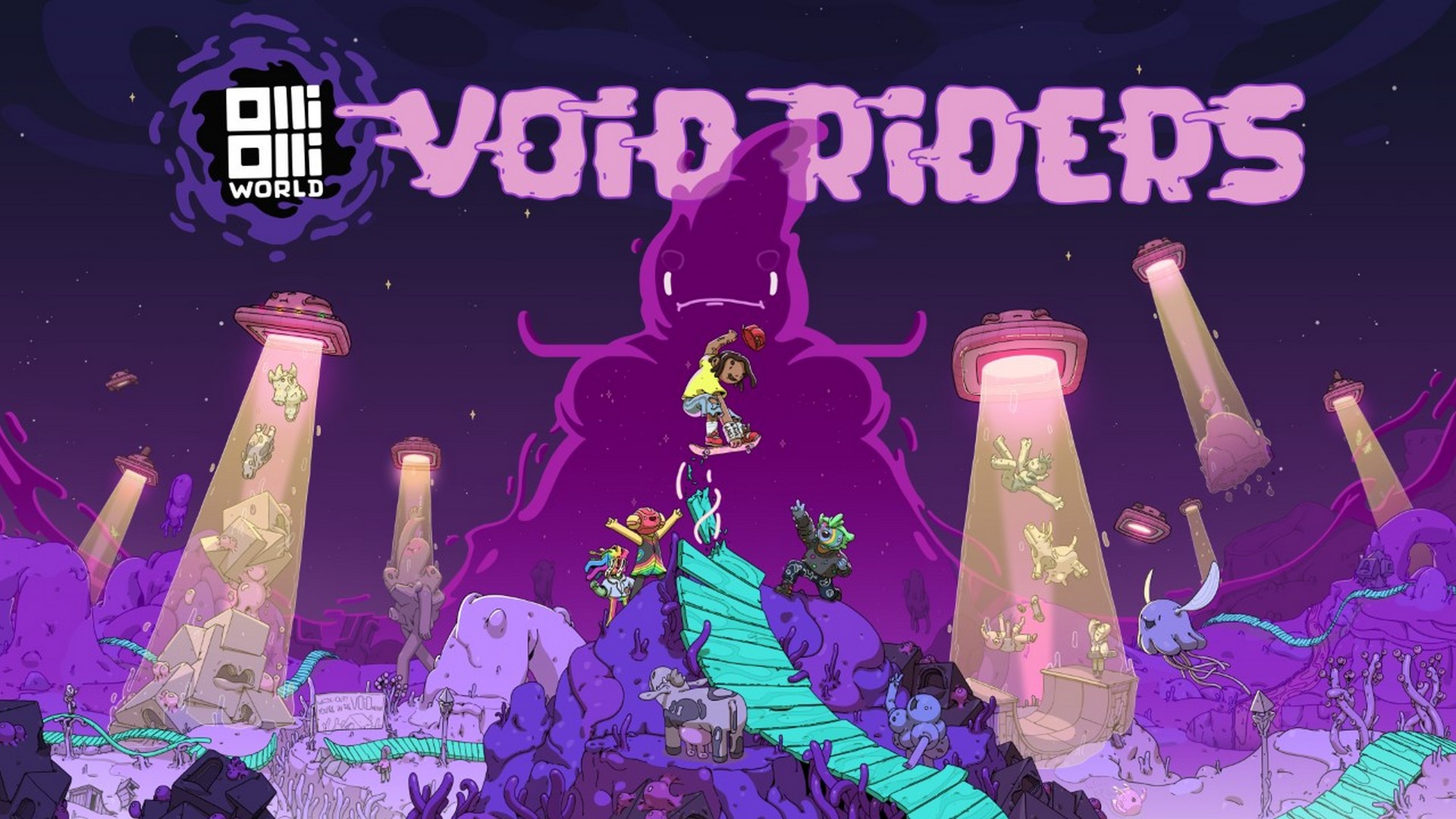 Extra steezy extraterrestrials, Sair’Rah, Khehvyn, and Pftangxi, have arrived in Radlandia, intent on acquiring skater specimens for the mighty Nebulord. OlliOlli World: VOID Riders brings a brave new world of challenges and space-age gear as you prepare to enter and explore the alien zone, the V.O.I.D. Feel the flow as you skate across the snowed-in Cloverbrook, grind the eerie Sunshine Valley, and visit the storming Burntrock. While traversing Radlandia, find yourself swept up in an alien abduction featuring the gravity defying tractor beam. Stick the landing and impress Nebulord with your out-of-this-world style and you may just find yourself in favour of becoming his favourite earthling skater!

“OlliOlli World has always been a game that celebrates weird and quirky characters, and we are so excited to double down in this latest expansion as we are pulling in ideas that are literally out of this world” said John Ribbins, Studio Creative Director at Roll7. “These intrepid space explorers have arrived to enlist your help, so it is time again to break out the board, bust high scores, and earn some all-new gear that perfectly reflects your star bound style.”

“In a game where you have talking frogs, ice cream people, and inner tubing bears, it seems like it can’t get any weirder. But Roll7 managed to top it as you’ll meet face-melting aliens, leverage levitation forces, and put your skate wizard skills to the test” said Mika Kurosawa, Senior Producer at Private Division. “We cannot wait for players to drop into OlliOlli World: VOID Riders, the first of two great expansions we have planned for the game.”

In OlliOlli World: VOID Riders you will ollie through a variety of levels with otherworldly companions and experience a completely different side of Sunshine Valley, Cloverbrook, and Burntrock. While your alien cohort retrieves skate specimens (and cows), endure the obstacles ahead to unlock the VOID Riders’ home planet: V.O.I.D. Show your true self with out of this world looks, including everything from alien streetwear to a cow onesie. There are plenty of other brand-new customisation options available to transcend your personal sci-fi style including fresh emotes and slick tricks.

OlliOlli World: VOID Riders is available for $14.95** digitally for the PlayStation®5, PlayStation®4, Xbox Series XIS, Xbox One, Nintendo Switch and PC*. VOID Riders is also included in the Expansion Pass for $22.95** and it is part of the Rad Edition, a deluxe version of the game, available for $66.95** which includes the base game, OlliOlli World: VOID Riders and the upcoming second expansion (scheduled for late 2022), as well as the “Close Encounter Skate Deck” digital cosmetic item. The expansion requires the base game in order to play.