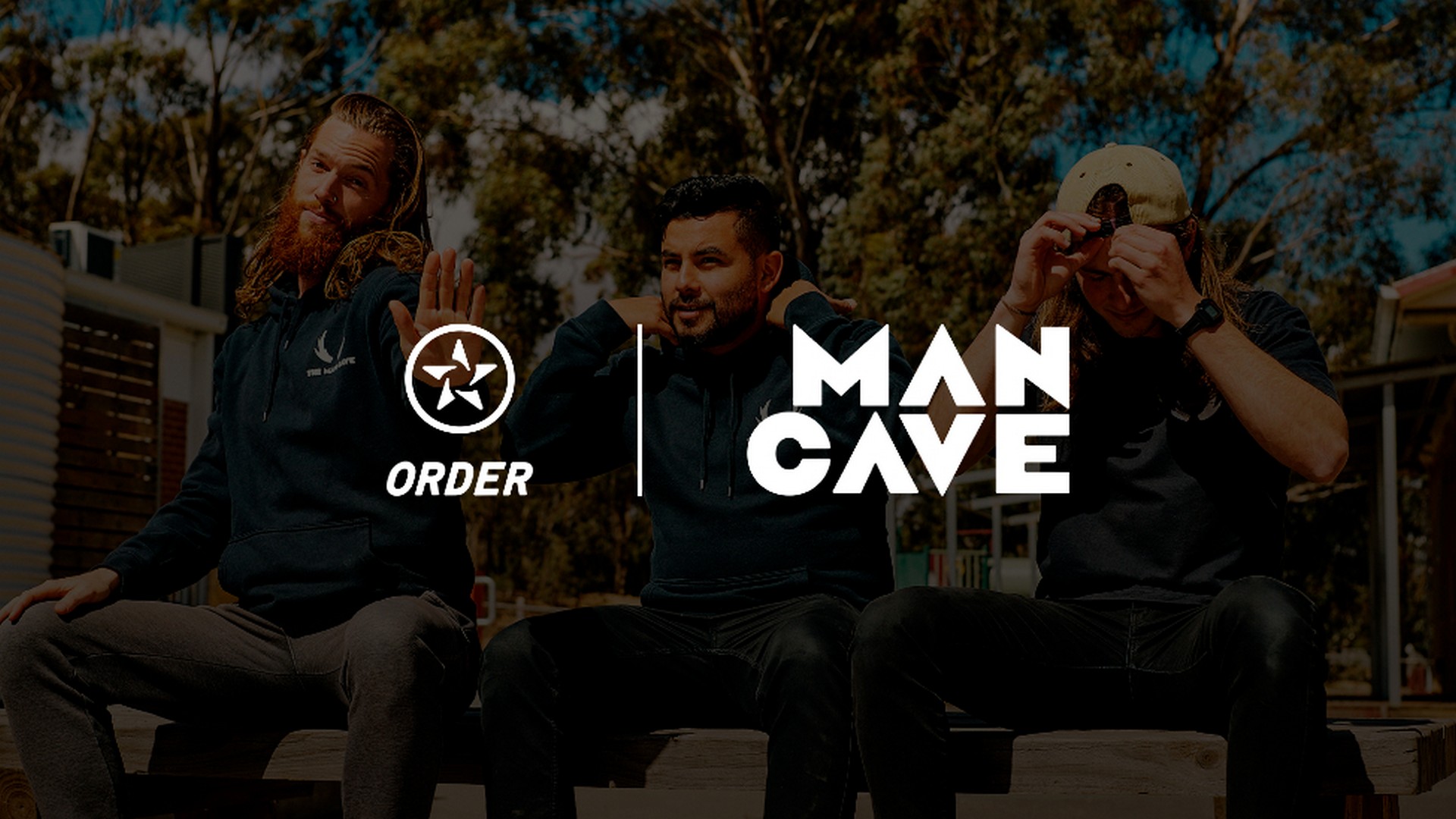 The Man Cave, a registered Australian charity, has worked with more than 20,000 young men and uses evidence-based workshops and expert facilitation programs to encourage positive masculinity and foster critical emotional and social skills they need to flourish.

ORDER and The Man Cave will be running emotional and physical wellbeing workshops throughout ORDER’s esport bootcamps, all year round.

“There’s no time like the present to start the conversation about mental and physical wellbeing and we have been looking for ways to enrich our teams and our organisation as a whole,” says ORDER CEO Marc Edwards.

“We are the first professional esports team in Australia to implement a program that will not only look at how our teams best work together – high performance culture – but individual mental wellbeing, including nutrition and fitness, financial education and involving parents so they fully understand the players’ career paths and how best to support their child.

“It’s something we will at a later stage extend to the whole ORDER organisation, including content creators and our trainers. We’ve seen the great work The Man Cave has done before and are super excited to be partnering with them.”

ORDER recently embarked on a refresh with a new logo and jersey, and this year aims to take a more strategic approach to the esports program to ensure the delivery of value across the organisation.

Meanwhile, ORDER will be providing consulting support to The Man Cave in the gaming space, as the charity looks to meaningfully engage with young men where they’re online.

“We work with thousands of young men every year, and we know how important gaming and online communities are for them – they are an inseparable part of their lives,” says The Man Cave’s Head of Community Al Green.

The two organisations will come together via Twitch on Saturday 12th February for an eight-hour community-building stream starting at 12pm (AEST), providing an opportunity for young

“Gaming and streaming platforms are also a crucial space for young people to connect and strengthen their relationships so we thought it’s the best place to educate users about how to ensure a safe environment and positive community,” says Mr Green.

“The Man Cave is an organisation that chooses to see the greatness in the young men we work with, and we’re really excited to be partnering with ORDER to ensure that all young people can have enjoyable and meaningful gaming and online experiences.”

ORDER will host The Man Cave’s Twitch community, TheCaveOnTwitch, with the channel to consist of a combination of entertainment and education, including gaming, chatting and sharing of stories and perspectives, as well as exploring the tools and resources used in its transformative workshops with teenage boys across the country.