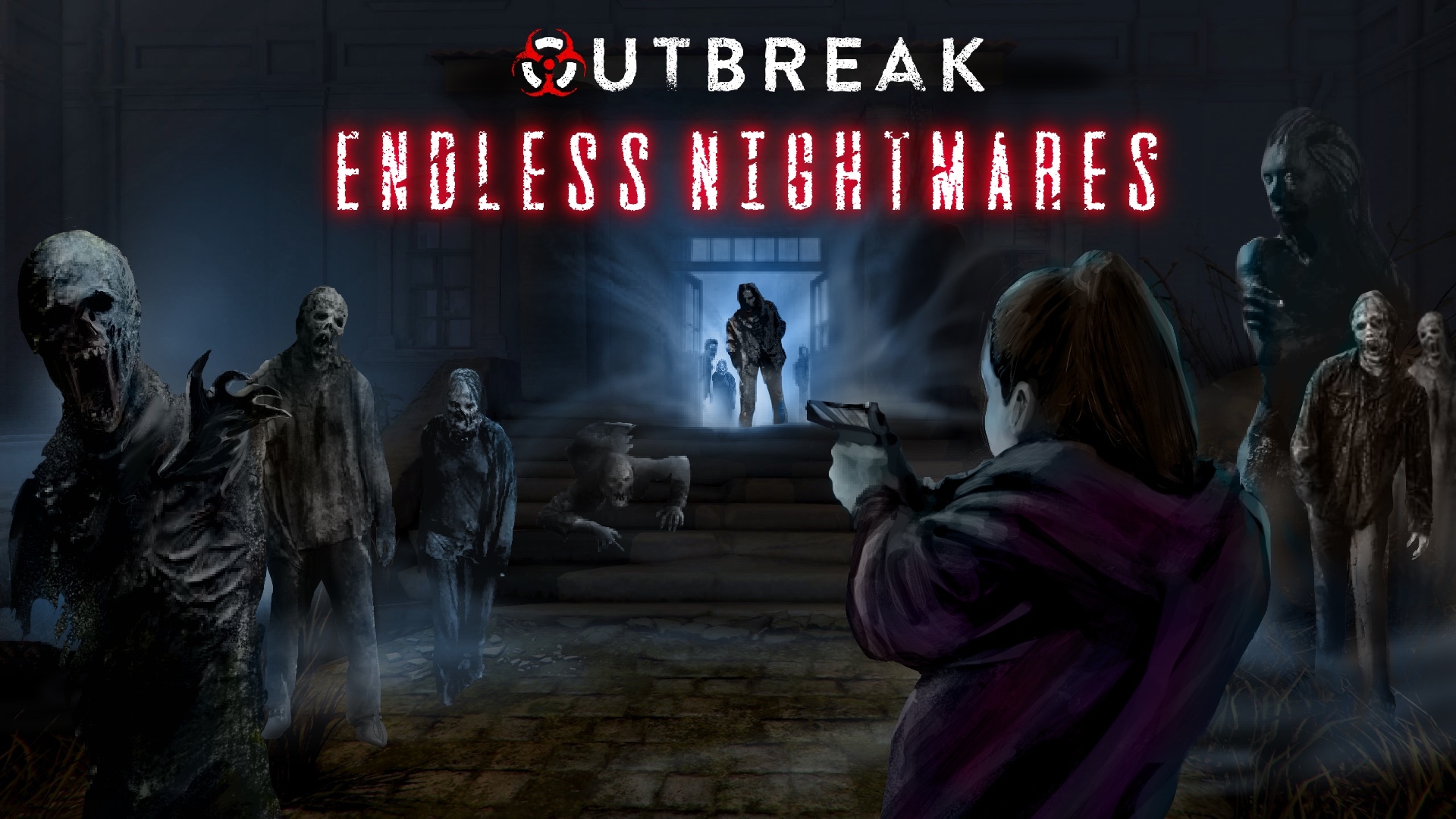 The next game in the Outbreak series – Outbreak: Endless Nightmares – is finally here!

Survival horror fans are in for a treat: Roguelike gameplay has now been added to the core Outbreak loop with startling consequences – greatly boosting replayability thanks to increasingly challenging, semi-procedurally generated “anomalies.” As you’d expect, each anomaly is filled with powerful weapons, story bits, deadly puzzles … and blood-starved fiends, of course!

In a first for the series, Outbreak: Endless Nightmares introduces mo-cap animations, improved real-time lighting and shadows (including multi-layered VFX for gore and explosions) – and high-res textures that look their best on 4K screens.

At the beginning of Outbreak: Endless Nightmares, you find yourself trapped within what remains of the Arzt Memorial Hospital. This becomes a central hub – a safe zone where you can organize your inventory and storage cache, level up your character(s) … or just to take a breather before venturing out into the world again.

Outbreak: Endless Nightmares delivers extreme replayability by offering multiple character options – each with their own abilities, upgrade paths, and more. Explore, scavenge for supplies, uncover clues, and fight your way through the anomalies – each consisting of semi-procedurally generated instances where both the environment and the undead are out to get you.

In true roguelike fashion, things get more difficult each time you enter an anomaly. You’ll need to think carefully about which weapons, healing items, and other supplies you’ll bring along for the journey: If you’re lucky, you may find storage caches that give you access to your expanded inventory – and offer an opportunity to restock. But it’s up to you to scour the environment for supplies.

There’s more to discover in the world other than murderous zombie hordes: Find the journals scattered about to learn more about the original outbreak – and ultimately where to find refuge! But don’t think death can save you: Every time you die, you’ll awake trapped in the hub – a nexus between Life and Death.

Outbreak: Endless Nightmares is now available on multiple platforms for $19.99. The Steam version is priced at $14.99.