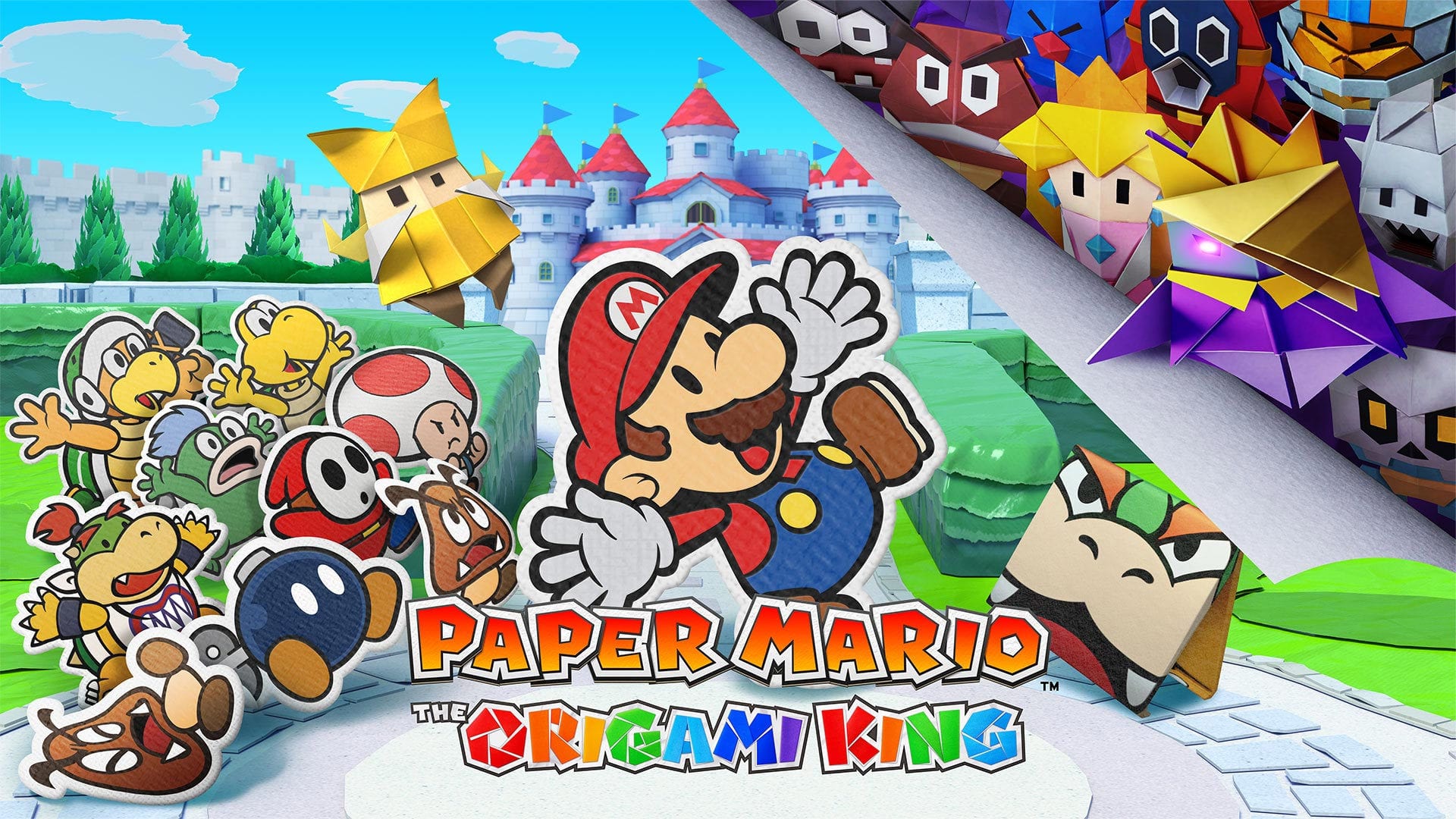 King Olly has moved Peach’s Castle in his devious plot to fold the world in Paper Mario: The Origami King out now exclusively for Nintendo Switch. Luckily, Mario’s ability to wield mighty paper techniques will put a crinkle in those plans.

Mario’s journey to untie the massive streamers binding the castle will lead him through vast regions full of surprises. He’ll visit raging rapids, an ancient ruin, a ninja-filled mansion and a lively desert oasis that will quench anyone’s thirst for excitement. Check out the Get an in-depth look at Paper Mario: The Origami King! (Nintendo Switch) overview trailer on the Nintendo Australia YouTube channel. Players can purchase the game today from Nintendo eShop and at retail.

Paper Mario: The Origami King delivers new ring-based battles that require strategy and quick thinking to line up enemies and execute well-timed attacks to maximise damage. It’ll take a sharp mind to determine when to stomp enemies with Mario’s boots, when to whack ‘em with a hammer and when to strategically use items to heal or attack. When Mario’s not duking it out in the ring, he can investigate suspicious spots to uncover hidden items, toss confetti to repair holes in the landscape, discover loads of Toads hiding in the scenery, play mini-games to earn in-game rewards, and revel in an abundance of secrets and treasures.

Paper Mario: The Origami King is available to purchase from Nintendo eShop today. With so many titles available on Nintendo Switch, using Nintendo eShop’s Wish List function can be a good way to keep track of them.

Join Mario and his companions on a comedy-filled adventure as players try to stop the origami menace in Paper Mario: The Origami King launching today.