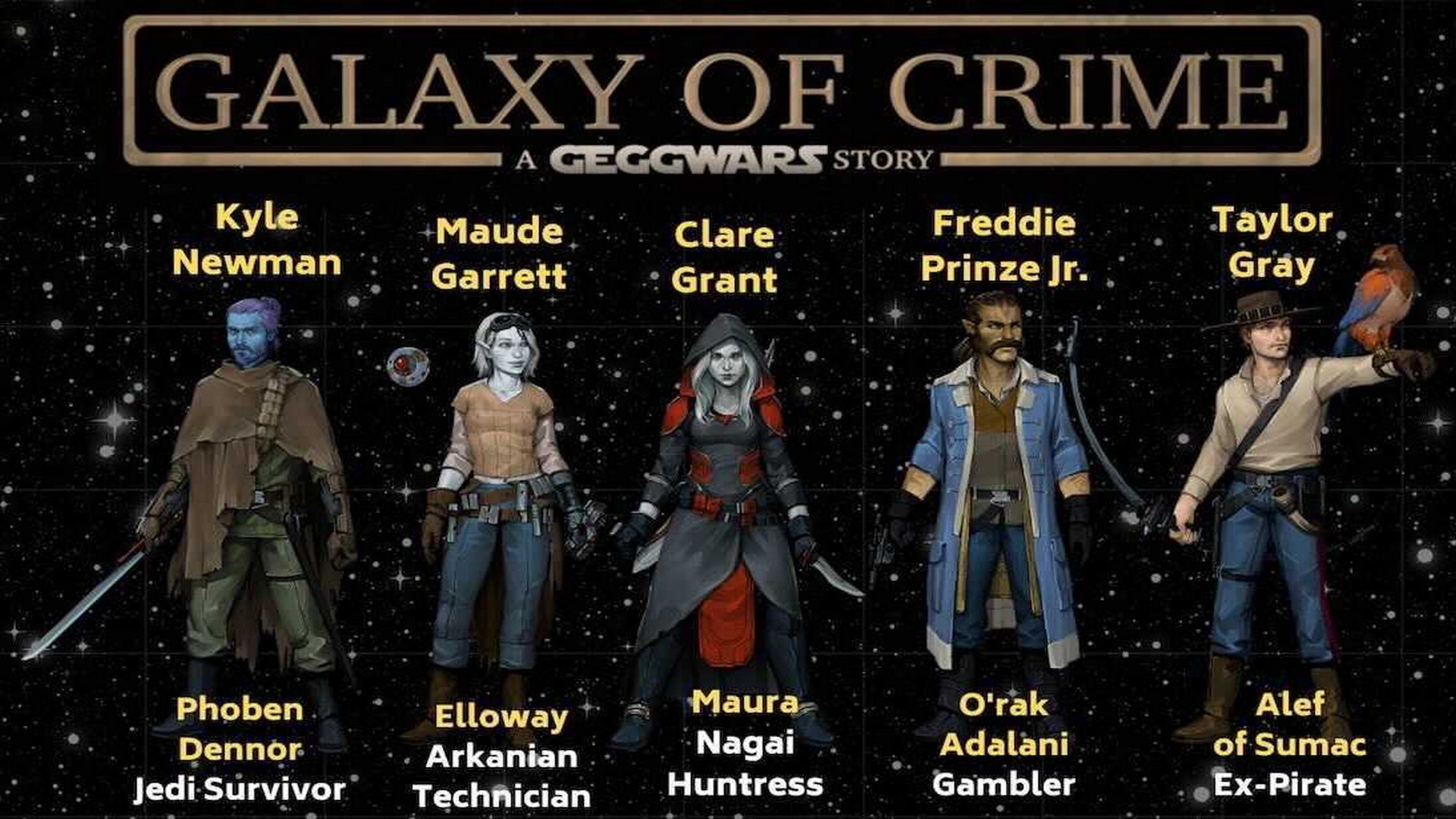 PAX Aus are excited to welcome the star-studded cast of Galaxy of Crime to PAX Aus Online. Join Freddie Prinze Jnr, Kyle Newman, Taylor Gray, Maude Garrett and Clare Grant, as they dive back into a Star Wars RPG live play with the second installment of the GEGG WARS story. The stream will also feature iconic sci-fi actor and resident Star Wars expert, Sam Witwer, returning as the GM.

Originally premiering on the GEGGHEAD platform, Galaxy of Crime is home to a cast and crew who live and breathe Star Wars, with many of the cast having voiced a character in the Star Wars Rebels animated series and appearing in other Star Wars iterations including video games and the RPG series.

This panel is definitely not one to miss and fans can tune into the stream on Saturday, October 9th at 12pm AEDT on twitch.tv/PAX.

Uniting one of the strongest communities in gaming, PAX Aus Online will encapsulate everything you love about PAX, with international content alongside Australia’s best, including thought-provoking panels, exciting livestreams, AAA content, new game demos, tournaments and a community experience unlike any other.

PAX Aus Online is completely free to attend and will be hosted across Twitch, and the PAX Aus website. Check out the full schedule and keep an eye on our social accounts for more announcements about the event!