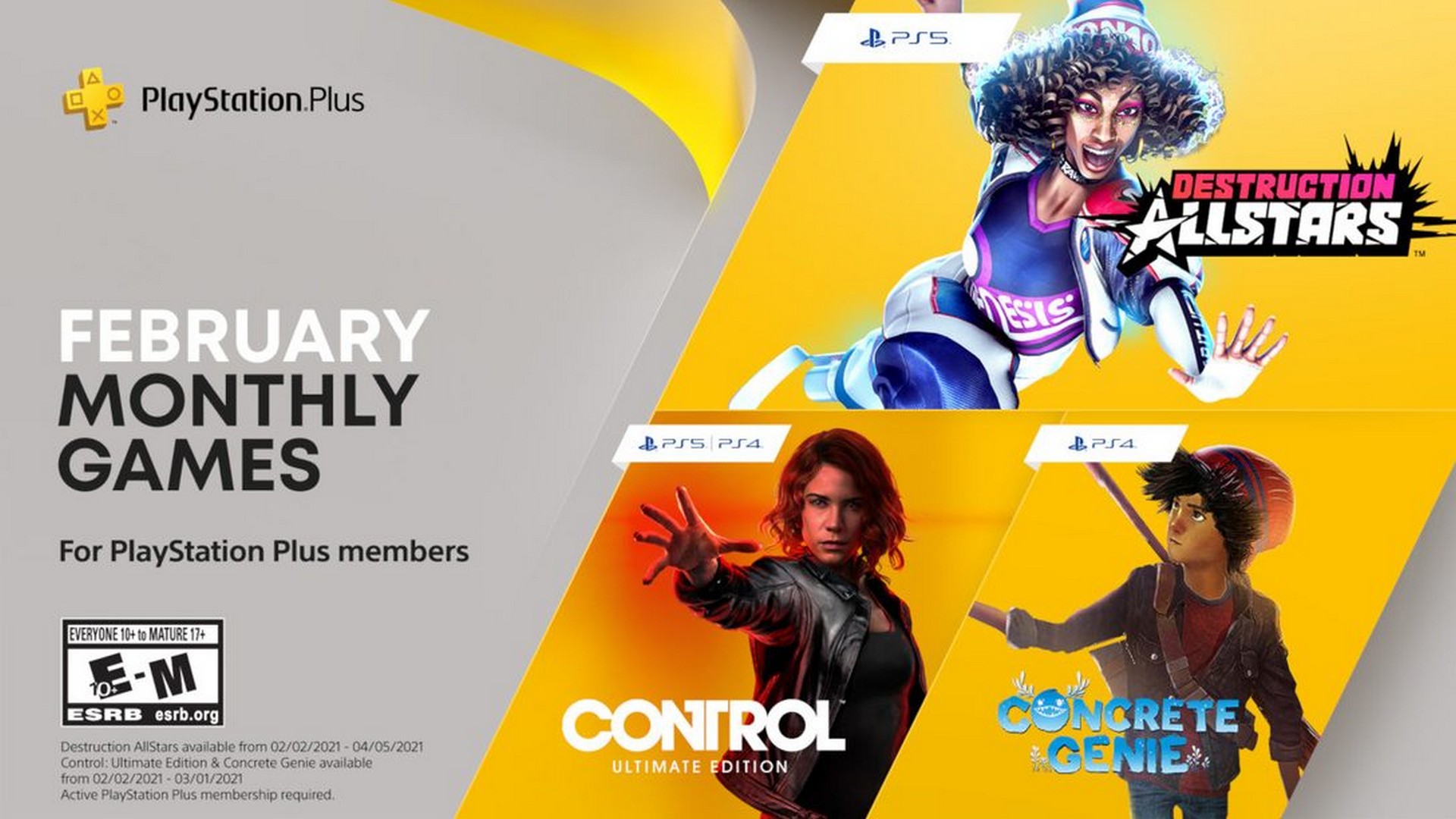 The PlayStation Plus monthly games lineup for February is here, and this month it’s all about creativity! This month, players can dazzle with creative chaos as they run, ram, and slam in the vehicular mayhem of Destruction AllStars. They can also get artistic with some magical portraiture in Concrete Genie and flex their supernatural abilities in Control: Ultimate Edition.

Destruction AllStars is also the focus of a new State of Play that showcases the game in all its glory and equips players with all they need to know ahead of leaping into the arena come Tuesday, February 2 when the game launches into PlayStation Plus.

Let’s take a closer look at the games…

Entertain the crowds by bringing controlled chaos to the vehicular combat arena in this metal-crunching multiplayer game*. Pick one of 16 superstar competitors then leap into four game modes, using timing, tactics and skills to cause carnage behind the wheel or create havoc with your parkour skills. Perfect your character’s abilities – including creating a hero vehicle unique to them – to give you the edge in free-for-all battles or team challenges and become a Global Destruction Federation Champion. The game also supports PlayStation 5’s Game Help feature**, giving you hints and tips to be the ultimate destructive machine without needing to leave the game.

Master supernatural abilities and wield a shape-shifting sidearm in this third-person action-adventure from Remedy Entertainment. Step into the shoes of Jesse Faden, Director of the Federal Bureau of Control, whose New York headquarters are breached by an ominous enemy. Despite outward appearances, the skyscraper’s interior is vast and ever shifting. You’ll need to explore – and weaponise – this unpredictable environment to take control and repel the invaders.

The Ultimate Edition includes the base game as well as The Foundation and AWE expansions.

The PS5 Game Help feature** is also available for hints and walkthroughs to help you solve puzzles and overcome challenges as you explore the Oldest House.

Pick up a magic paintbrush and return the polluted town of Denska to its former bright and bustling seaside self in this touching and multi-award-winning action-adventure. Cleanse streets and alleyways, then use your Living Paint to create mischievous Genies whose magical powers will aid you in overcoming puzzles and seeing off bullies who pursue you. The game also includes two additional modes built especially for PlayStation VR to let you further unleash your creativity***.

Players also have until Monday, February 1 to add January’s trio of PlayStation Plus games – Maneater (PS5), Shadow of the Tomb Raider, and Greedfall – to their game libraries.