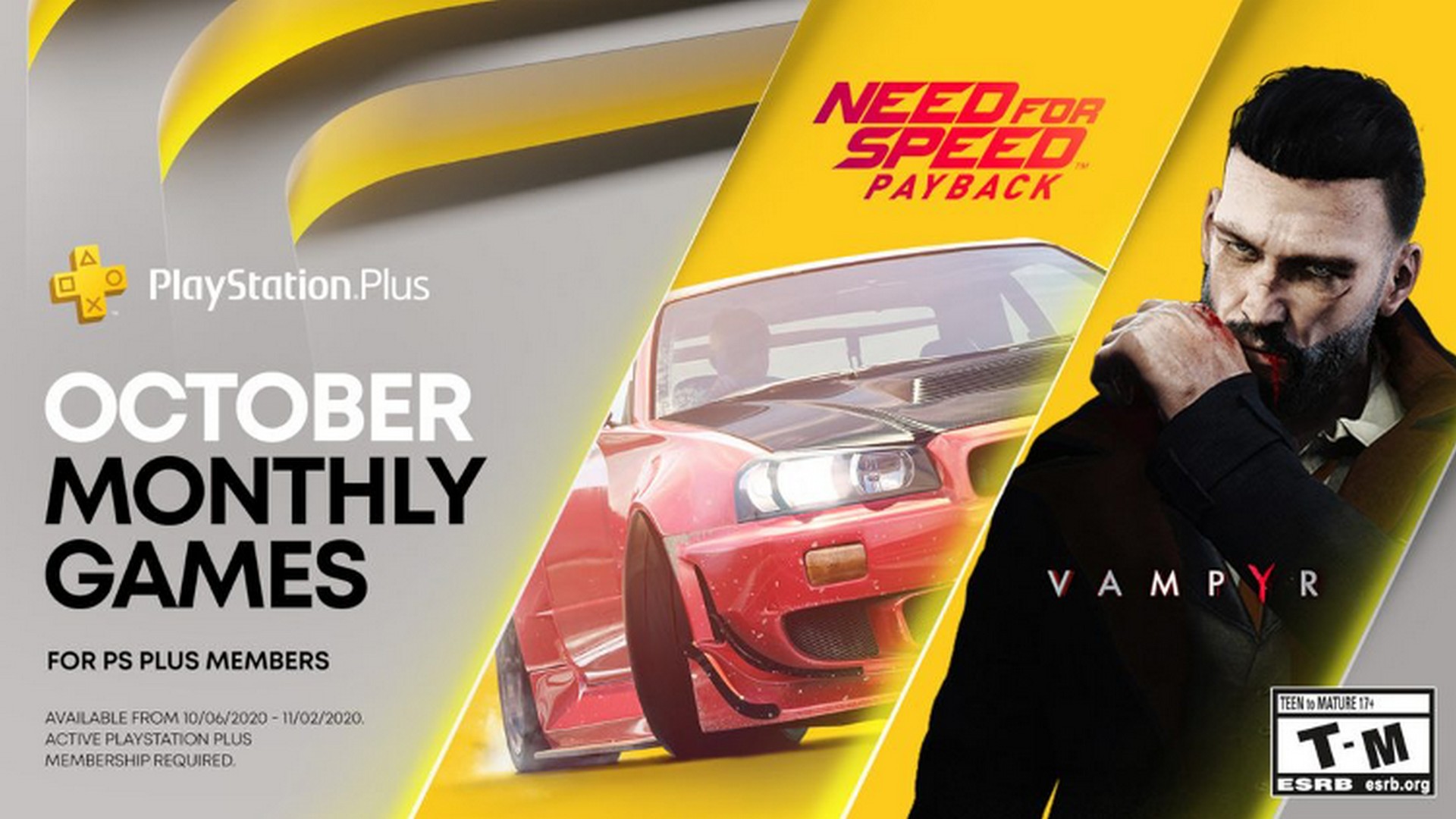 The PlayStation Plus monthly games lineup for October is here! This month, use four wheels and racing skills to outsmart opponents in Need for Speed: Payback and challenge yourself to stalk the fine line between supernatural vigilante and unholy monster in Vampyr. With both titles launching October 6, you won’t have long until you can turn speed demon or sink your teeth into a thrilling action horror.

Survive thrilling heist missions, partake in metal-crunching car battles, perform dazzling setpieces and more in this four-wheeled action blockbuster. Set in the fictional, corrupt gambler’s paradise of Fortune Valley, choose from three different characters – each with their own unique skills – customise your rides and take on an open world’s worth of events as you seek revenge on those who wronged you. Watch the trailer here.

Life is Strange developer Dontnod Entertainment challenges you to embrace the darkness with this 1918-set, third-person action RPG with deep narrative choices. Play a doctor turned vampire ghosting through a London gripped by violence and fear. Use your supernatural abilities, as well as man-made tools and weapons to fight or flee the forces of evil and vampire hunters. Save the city’s populace or feed on them to become stronger, but giving in to your bloodlust can have grave consequences… Watch the trailer here.

Both games are available from Tuesday October 6 until Monday, November 2.