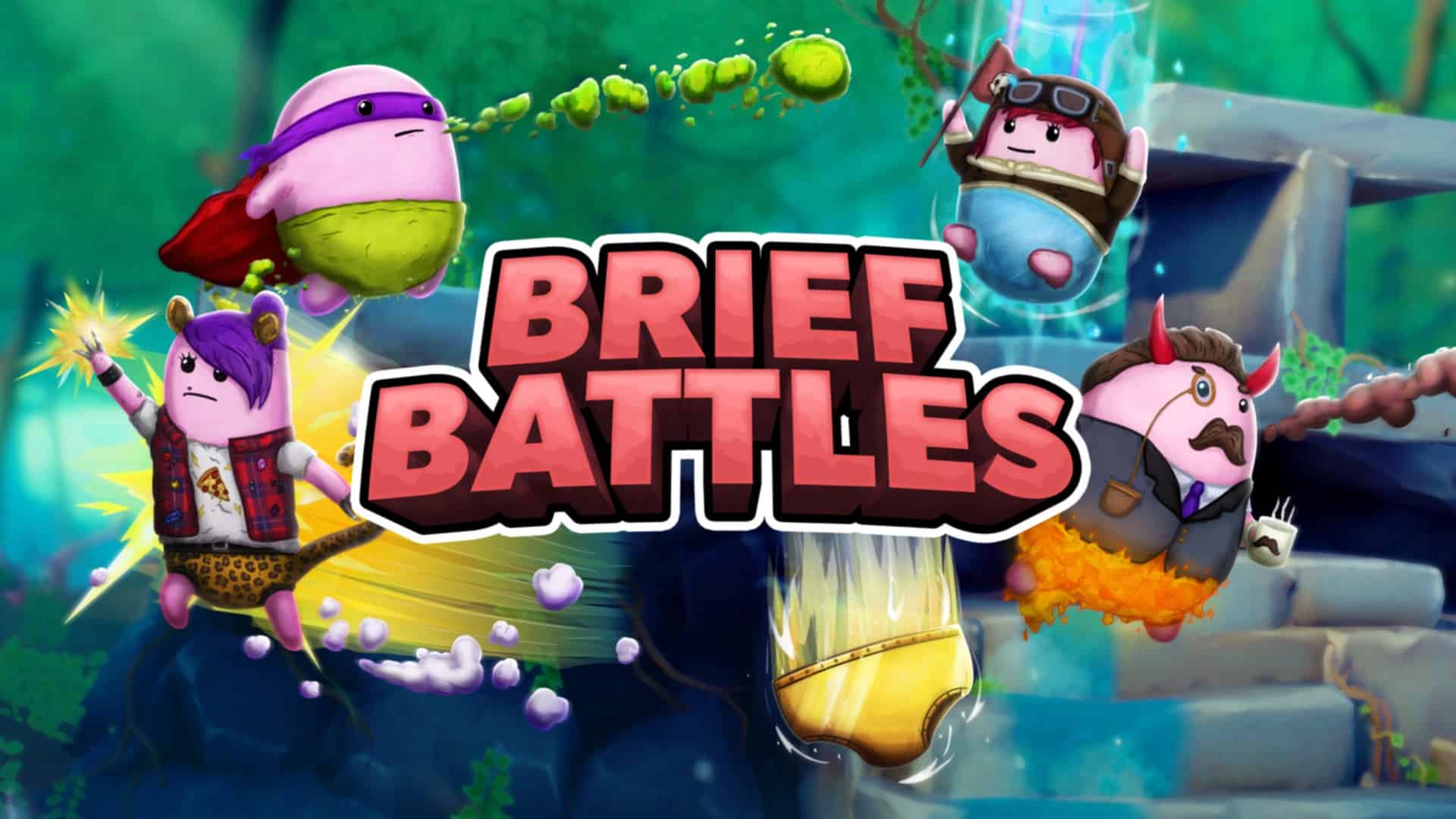 Juicy Cupcake announced today that their fast-paced, underwear-fueled party game, Brief Battles will be butt-slamming onto the Nintendo eShop on February 21, 2020!

The Nintendo Switch adaption of Brief Battles runs at a slick 60FPS, with camera tracking and UI improvements for playing as your favourite Underwearrior on the go. In addition to the backside brawler launching on Switch, a free, major content update will be released for all platforms (Switch, PS4, Xbox One, PC) on the same day! Juicy Cupcake will reveal more update details closer to launch.

“A Nintendo Switch version of Brief Battles has been hotly requested, and we’re thrilled to share that it’s almost here!” said Andrew Freeth, co-founder, Juicy Cupcake. “We took great care developing the Switch version in-house, and have it running buttery-smooth while preserving the same quality you’ll see on other platforms.”

Brief Battles is jam-packed with game modes for local multiplayer mayhem, creating ample opportunities to kick enemies’ butts throughout 50 hand-crafted arenas. Gather up to three friends, cheek-to-cheek on your couch to dominate in Knockout, team or free-for-all Classic Battle, Hold the Gold and Underpants Collector, slipping-on super-powered underpants from the likes of Flaming Hot Pants and Buns of Steel.

Following a successful Kickstarter campaign and an Unreal Dev Grant, Brief Battles launched on May 7, 2019 on PS4, Xbox One and PC to a glowing critical reception, highlighting the high-polish and gratifying gameplay of Brief Battles as a staple couch party game.