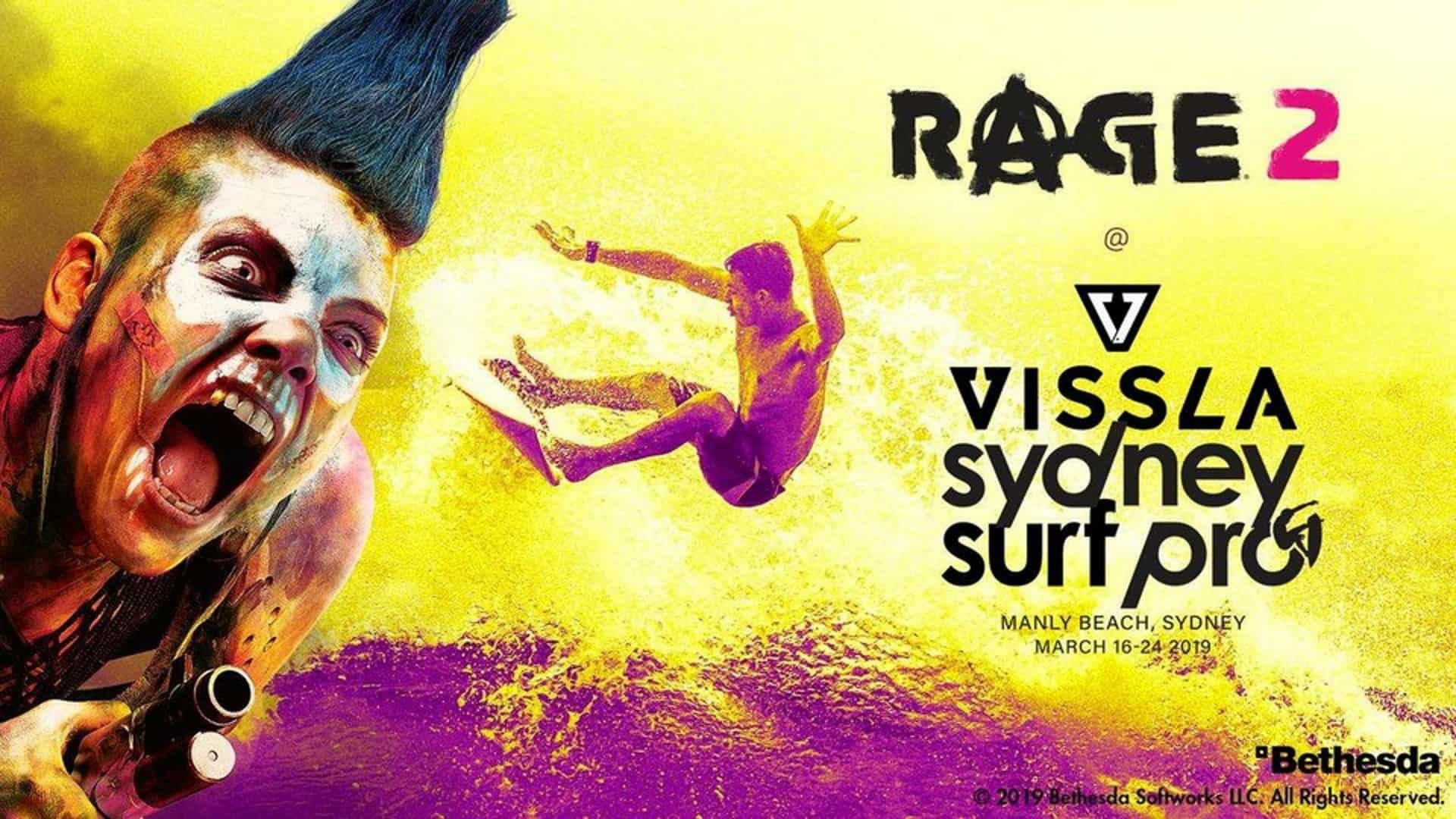 Post-apocalyptic, open world first-person shooter, RAGE 2, is proudly sponsoring this year’s Vissla Sydney Surf Pro which takes place on Manly Beach from March 16-24! Attendees will all get hands-on with RAGE 2 before its release and get to experience chaos and colour at the Hotel Steyne from March 21-24, as well as at the VIP RAGE 2 Marquee on Manly Beach for the duration of the event.

In celebration of the upcoming release of RAGE 2 launching on 14 May 2019, Bethesda has partnered with Surfing NSW and the VISSLA SYDNEY SURF PRO to create nine truly unique and exclusive surfboards, inspired by RAGE 2, and painted by renowned New York visual artist, Jason Woodside.

These nine boards will be auctioned during the nine days of the Vissla Sydney Surf Pro competition in Manly, with all money raised being donated to SURFAID and the SMILE LIKE DRAKE Foundation.

The World Surf League (WSL) Qualifying Series (QS) 6,000 rated events will feature some of the world’s best surfers as they look to kick their 2019 competitive campaigns into gear prior to the start of the 2019 Championship Tour (CT). Recently announced, 11-time WSL Champion Kelly Slater is confirmed that he will return to Manly to compete this March. It’s an event for the whole family, and every member of the local and wider community to enjoy. Surfing brings people together and what better place than Manly to host the perfect balance of surfing, beach life and festival vibes.

Jason Woodside is a prolific artist whose refreshing paintings and murals can be found throughout New York City, Los Angeles, Sydney, and Paris. His work is based on bold geometric shapes, vibrant and hypnotizing patterns as well as striking colour combinations. Woodside finds the inspiration for his art in textiles and clothing, and he has transformed some of his pieces into outfits during the collaboration with the most prestigious fashion brands such as Adidas and OBEY. Woodside is also known as one of the key personalities belonging to the post-graffiti movement.

RAGE 2 delivers a carnival of carnage where you can go anywhere, shoot anything and explode everything. Explore a vast and varied landscape from lush jungles and treacherous swamps to sun-scorched deserts. Get behind the wheel of assorted rugged and wasteland-ready vehicles from monster trucks to gyrocopters – if you see it you can drive it. Weapons are at the plenty, you will need them as you go up against the madmen, mutants and monsters hungry for control.