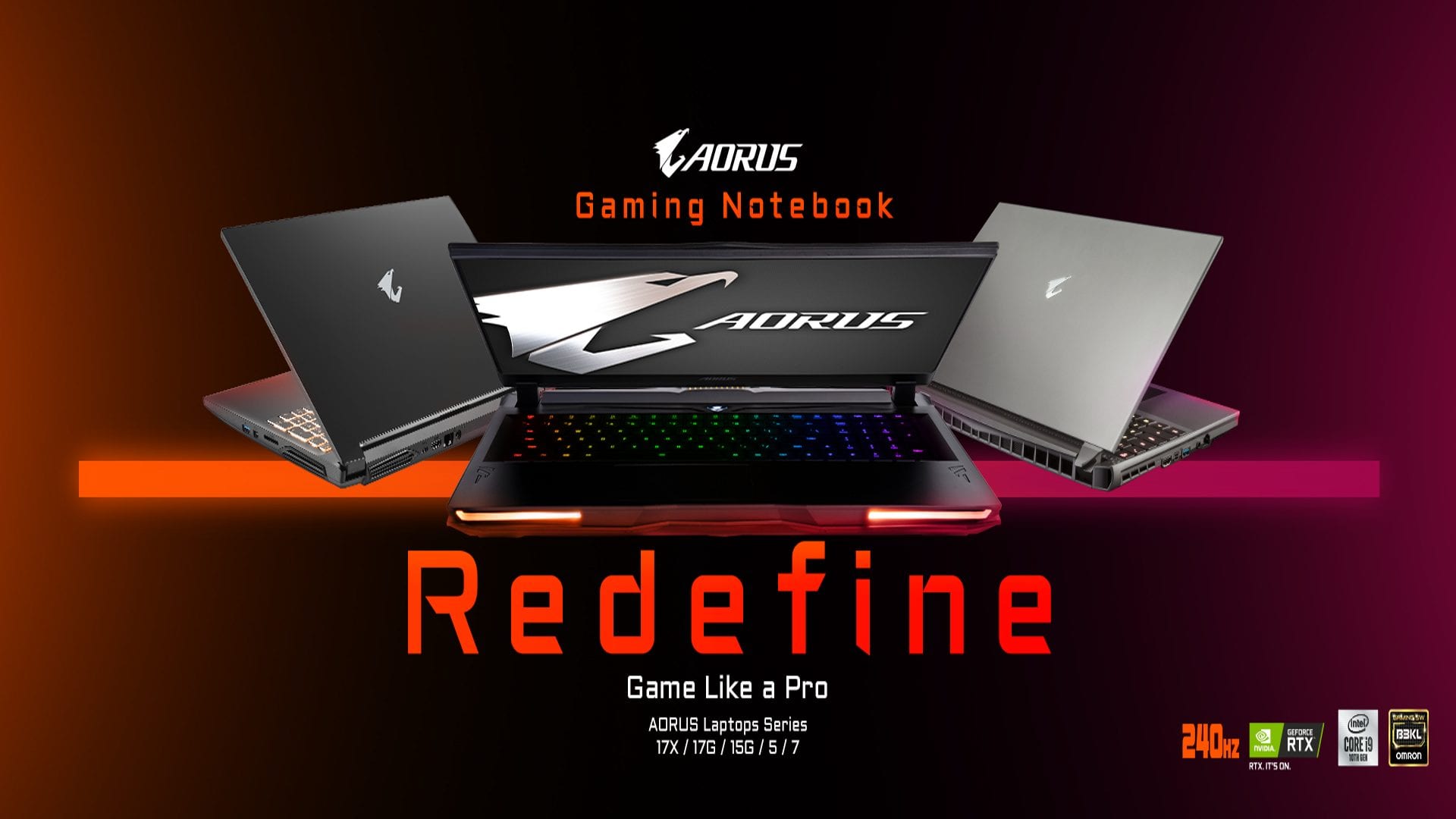 Perhaps the most eye-catching is the i7-10875H, the first mobile Core i7 processor featuring 8 cores, 16 threads. As for graphics, in addition to NVIDIA GeForce RTX 20-series and the GTX 16 series, the all-new flagship NVIDIA GeForce® RTX 2080 SUPER and RTX 2070 SUPER™ have been added to enhance media processing speed and gaming performance.

KennyS, one of the best AWPers in the game, practicing with the AORUS 15G

FPS world championship tournaments (CS:GO Major & PUBG World Champion) in the recent years have elevated their monitor specifications to 240Hz. With this in mind, AORUS has set this as the standard for the display of all its high-end product series. A 240Hz refresh rate effectively reduces the occurrence of afterimages and broken images, providing optimal experience and high-speed visuals for enthusiasts.

To keep up with the latest CPU and GPUs upgrades, AORUS adopts its exclusive WINDFORCE Infinity cooling technology, ensuring that the hardware can perform to their full potential while maintaining comfortability. The AORUS series form the pinnacle of high-performance gaming that pro gamers pursue.

With powerful CPU, GPUs performance and premium I/O interface design, users can play games, stream and surf the internet all at the same time

KennyS from G2 Esports, one of the best AWPers in the world, shares this experience in using AORUS notebooks. He expressed his approval of AORUS 15G’s high portability, high performance, high refresh rate and ultra-light mechanical keyboard. It helps him maintain ace performance in training, gaming and in touring competitions.

GIGABYTES’ content creation notebook AERO series has been widely praised since its launch in 2016. Aside from winning multiple awards such as the “2019 European Hardware Association Notebook of the Year” and the “Taiwan Excellence Award”, AERO is a favorite of Jensen Huang (CEO of NVIDIA), who was seen holding it in conferences like GDC and CES. AERO is referred to as the module for “next gen high-performance professional notebooks”.

This major upgrade includes enhancements across a whole series of products, the 15” AERO 15 OLED (Supports 4K resolution and HDR400), AERO 15, 17” AERO 17 HDR (Supports 4K resolution and HDR400) and AERO 17. The color display has always been GIGABYTE’s strong selling point, says Chen. Most of your average device for commercial design uses display panels with Delta E around 3.

Regarding AERO’s performance, not only has CPU and GPU both undergone upgrades, but cooling has also been improved through the WINDFORCE Infinity technology. Furthermore, AERO utilizes NVIDIA Studio driver to optimize over 40 editing software that content creators often use for improved efficiency. Equipped with a multitude of interface such as Thunderbolt 3, HDMI 2.0, and UHS-II SD card reader, AERO is truly the epitome of “an ultra-portable notebook with desktop-level performance.”

AERO series also offers 144Hz high refresh rate display in satisfying the different gaming and game development applications. With powerful CPU, GPUs performance and premium I/O interface design, users can play games, stream and surf the internet all at the same time. Its ability to perform multiple functions is why AERO has been dubbed the best versitile notebook. 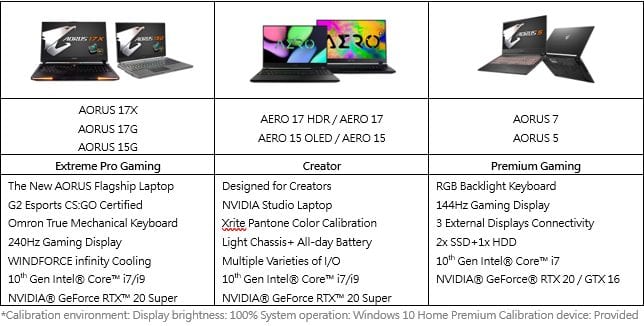