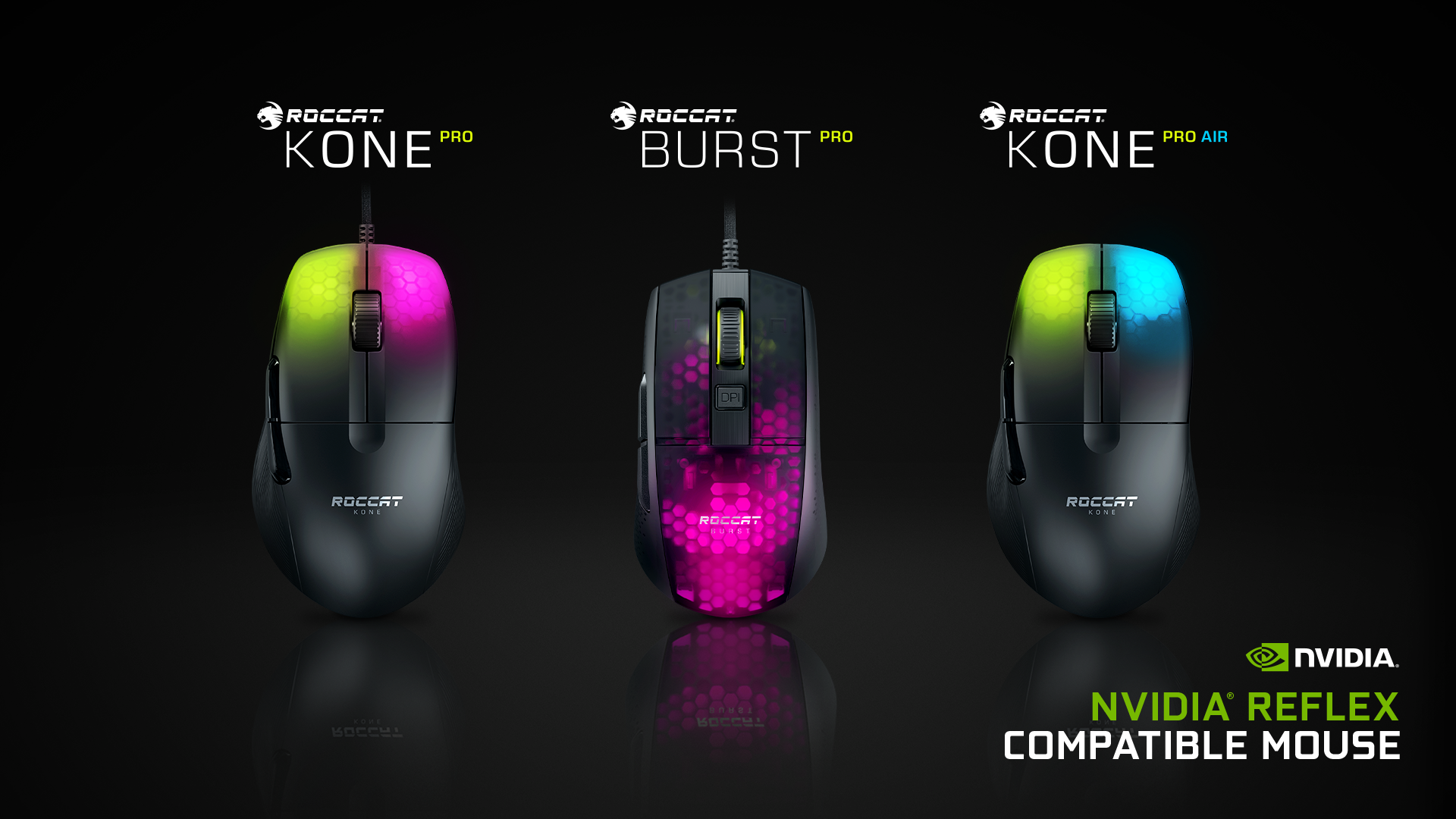 NVIDIA Reflex is a revolutionary suite of technologies that optimise and measure system latency to deliver the ultimate competitive advantage. NVIDIA G-SYNC displays with Reflex have the world’s first and only system latency analyzer that detects clicks coming from gaming mice with Reflex and measure the time for the resulting pixels (weapon muzzle flash) to change on-screen. PC gamers can start every match with confidence knowing their system is operating at the lowest possible latency.

When using ROCCAT’s Kone Pro, Kone Pro Air, or Burst Pro mice in conjunction with an NVIDIA G-SYNC display with Reflex, gamers can measure and improve full peripheral and end-to-end system latency. There are only a limited number of PC gaming mice verified by NVIDIA to achieve this designation.

“Our goal is always that ROCCAT products give gamers a competitive edge, and combining the speed of the Titan Optical Switches in our Pro mice with the ability to reduce system latency through NVIDIA’s Reflex technology certainly does that,” said René Korte, ROCCAT Founder and General Manager for PC Products at Turtle Beach. “NVIDIA is looking to improve the experience for all esports players, and our lightweight and lightning-fast Pro mice are designed to achieve this as well. We’re excited to be partnering with NVIDIA to make to every click count.”

For additional information about NVIDIA’s Reflex Latency Analyzer check out NVIDIA’s guide for using the Reflex Analyser, and be sure to follow @NVIDIAGeForce on social media for the latest NVIDIA Reflex updates.