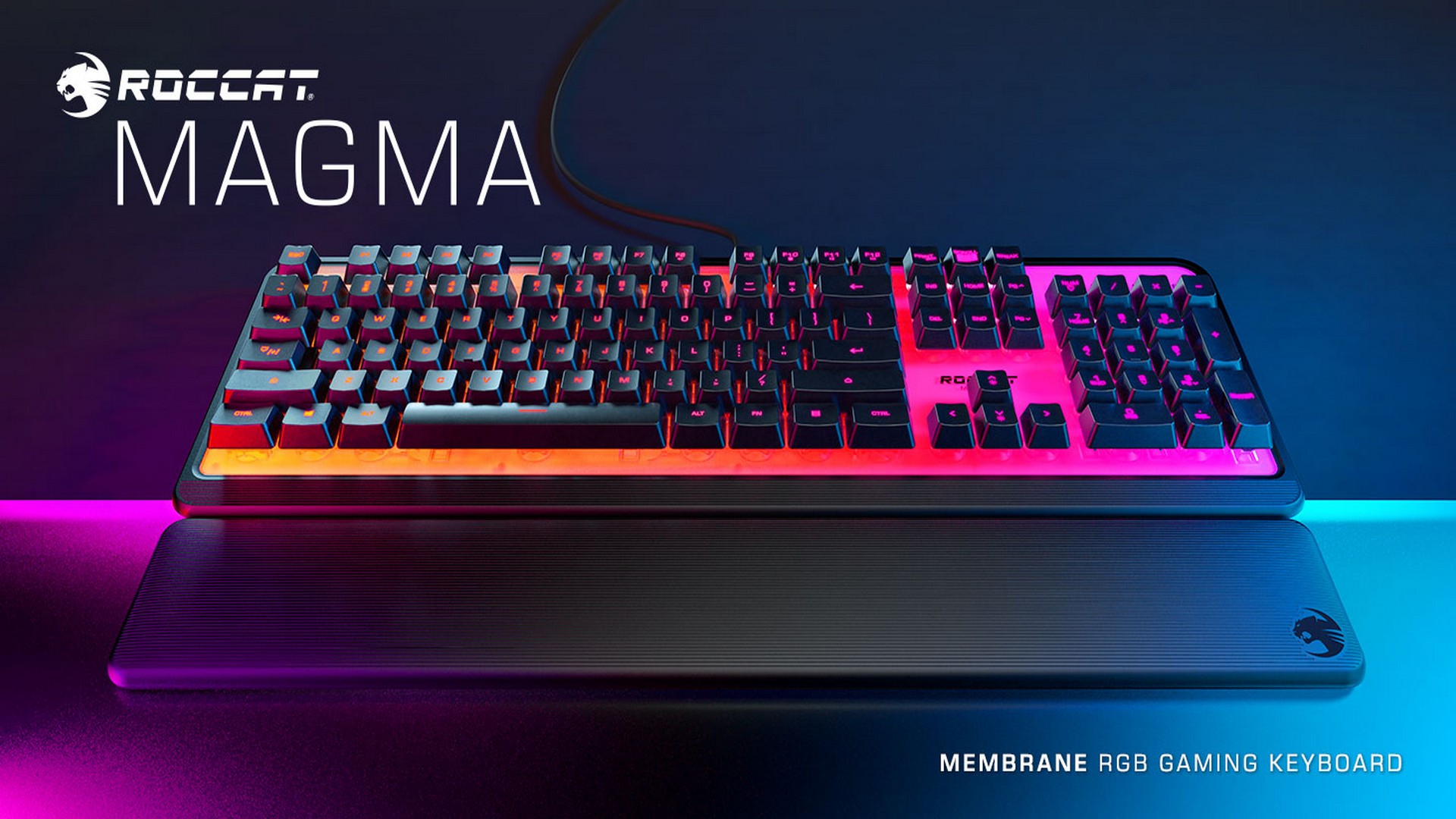 The Magma’s fully-illuminated top plate showcases ROCCAT’s innovative AIMO RGB lighting technology like never before, and its attractive price $99.95 RRP makes it perfect for PC gamers looking to improve their desktop RGB setup. PC enthusiasts on the hunt for a new mechanical gaming keyboard need look no further than Pyro, one of the most feature-packed mechanical gaming keyboards available for an RRP of $169.95.

“With Magma, we’re redefining membrane keyboards while pushing the boundaries of keyboard illumination yet again,” said René Korte, ROCCAT Founder and General Manager for PC Peripherals at Turtle Beach. “With the Vulcan series, we had already evolved the RGB experience by mounting transparent key housings to mechanical keyboards. With Magma we made the whole plate transparent to push the AIMO lighting to its full potential. It looks like nothing else out there and it’s affordable for gamers who want to show off their RGB gaming setup.”

Since the launch of the AIMO lighting engine in 2017, ROCCAT has focused not only on delivering high-performance PC gaming equipment but also on bringing the RGB experience to new levels. ROCCAT’s Magma Membrane RGB Gaming Keyboard is equipped with a semi-transparent top plate and five zones, 10 LED backlighting for ROCCAT’s best AIMO lighting showcase to date. With 16.8 million RGB colour illumination, gamers can enjoy a vivid and immersive lighting experience. Magma will connect and sync up with all other products in ROCCAT’s AIMO range, including the recently revealed Kone Pro series mice, Elo series headsets, and more, to create a vibrant PC gaming battle station.

Magma also features silent membrane typing thanks to high-quality rubber dome keys. Keystrokes feel both responsive and reliable. Advanced anti-ghosting technology ensures gamers can press all the most-used keys simultaneously when reacting in the heat of battle. The Magma is equipped with a detachable palm rest to suit gamers’ preferred typing and gaming styles. Available 9th July exclusively at JB Hi-Fi for an RRP of $99.95. Pre-order the Magma here. 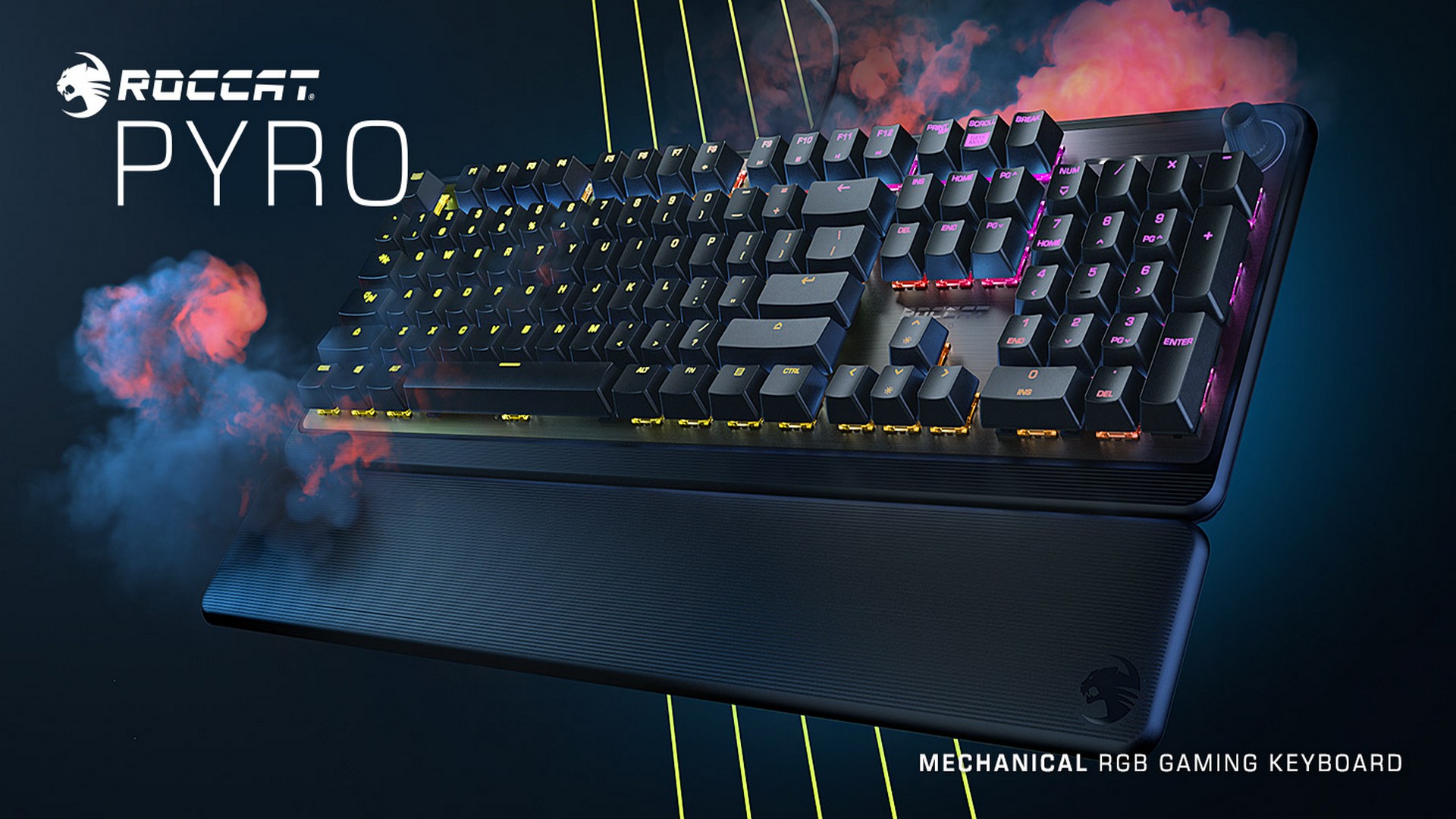 Pyro is one of the most feature-packed mechanical gaming keyboards for under $200. The Pyro’s new design is reinforced by a premium brushed metal top plate, offering gamers a sleek, robust, and stylish mechanical keyboard. Pyro uses TTC’s linear (red) switches with a 2.0mm actuation point, 45g operating force, and a total travel distance of 4.0mm for a keystroke that feels both precise and strong. The Pyro’s switches are tested to 50 million keystrokes lifetime for a responsive and durable gaming experience. Advanced anti-ghosting technology also ensures all simultaneously pressed keys are registered.

Like the Magma, the Pyro is equipped with a detachable palm rest. It also has the Vulcan series’ fan-favourite volume wheel for quick and easy audio control. Pyro features ROCCAT’s AIMO lighting engine with per-key illumination in 16.8 million RGB colours. AIMO reacts organically to your usage with vivid lighting displays out of the box, without the need for extensive configuration. It also syncs with compatible AIMO-enabled products to create desktop illumination that flows from device to device. Available 30th July 2021 at Australian retailers for an RRP of $169.95. Pre-order the Pyro here.