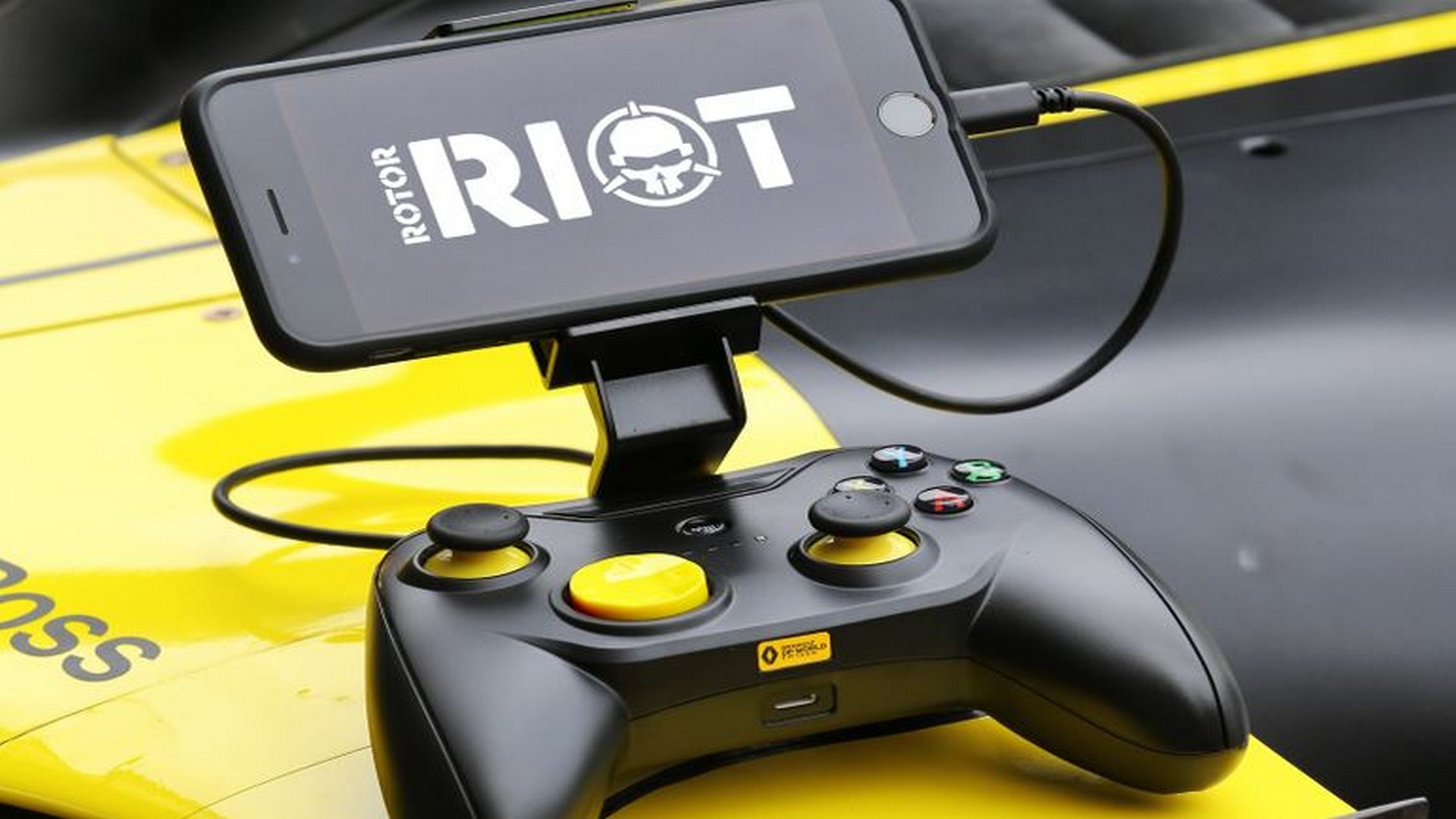 For more than 120 years, Renault has embraced the challenge of motorsport. The long-term goal for the team is to win Formula 1 races and World Championship titles, while simultaneously harnessing the value of its involvement through technical collaborations and innovative marketing and communication strategies.

Rotor Riot is the only Apple certified Lightning connected controller with clickable thumbs sticks. Rotor Riot operates exactly like a console game controller and is superior to wireless game controllers. Gamers can use Rotor Riot to play all controller-compatible mobile games such as Fortnite, Call of Duty Mobile, F1 Racing, MADDEN 21 and Minecraft along with console games using PlayStation4 Remote Play and OneCast (Xbox).PC games can also be played using Steam Link, Shadow and Moonlight Game Streaming apps on an iPhone, iPad and iPod Touch.

“In 2020, virtual racing and gaming has been one of the principal ways teams have remained connected to each other and their fans. A deeper dive into the virtual world has led us reaching out to audiences in new ways. The Rotor Riot controller is the best way to play the F1 racing game on your iPhone, giving you the ability to race anytime, anyplace” said Antoine Magnan, Commercial Director, Renault Sport Racing.

Esteban Ocon, Renault DP World F1 Team driver, added: “Firstly, many thanks to Rotor Riot for allowing me to use the gaming controller. The product is very nice and easy to use. I like all sorts of gaming – racing, sports and even shooter games – when I’m not racing as it’s a great way to unwind and relax. This is a fantastic and quick alternative for gaming on the go and something I very much enjoyed using.”

This full featured gaming and drone controller is compatible with all iOS devices with a Lightning™ connection running iOS 7 or later. Rotor Riot is a Lightning connected controller that assures gamers a clean connection, interference and latency free hook up for a superior gaming experience. In addition, the zero-gravity arm securely holds your device in place while providing a superbly balanced system for hours of tireless gameplay.

Rotor Riot’s wired controller draws less energy than a pair of earphones and now with its pass-through charging port, users can charge their device while playing their favorite game.