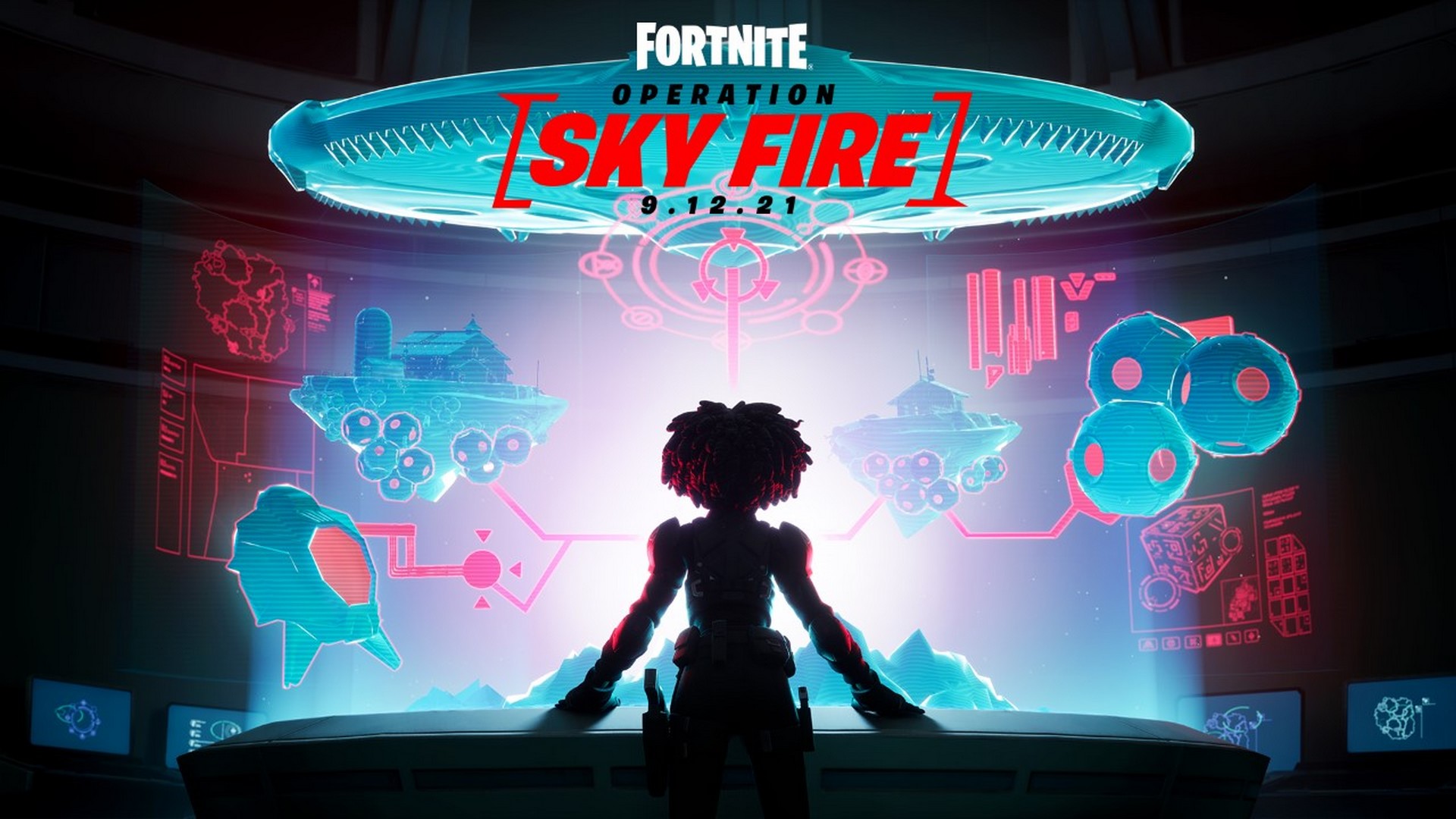 Mark your calendars and save the date! The fate of the Island is in players’ hands in Fortnite’s Chapter 2 Season 7 grand finale Operation: Sky Fire, starting September 13 at 6:00 AM AEST.

With an explosive opening attack, a mysterious alien army invaded the Island at the start of the Season. Not much is known about the alien invaders besides their name, “The Last Reality,” but Doctor Slone took it upon herself to command over the Imagined Order (IO) and fight back.

Now the Alien Mothership has set its sights on the IO’s secret base at Corny Complex, but Slone has a plan to end the Invasion once and for all. After answering her calls throughout Season 7, and working as an undercover agent for the IO, it’s finally time for players to prepare to infiltrate The Last Reality and put a stop to the Alien’s occupation.

TO BE CONTINUED… IN THE END OF SEASON EVENT

Operation: Sky Fire is the thrilling conclusion to this Chapter and is a free, one-time event players won’t want to miss. Replays for the event will not be available.

Everyone will be able to join the event with a full lobby of 16 friends, with the live event available 30 minutes prior to the start so players can reserve their spot.

To further prepare players for this mission, we’ve compiled a helpful checklist below: