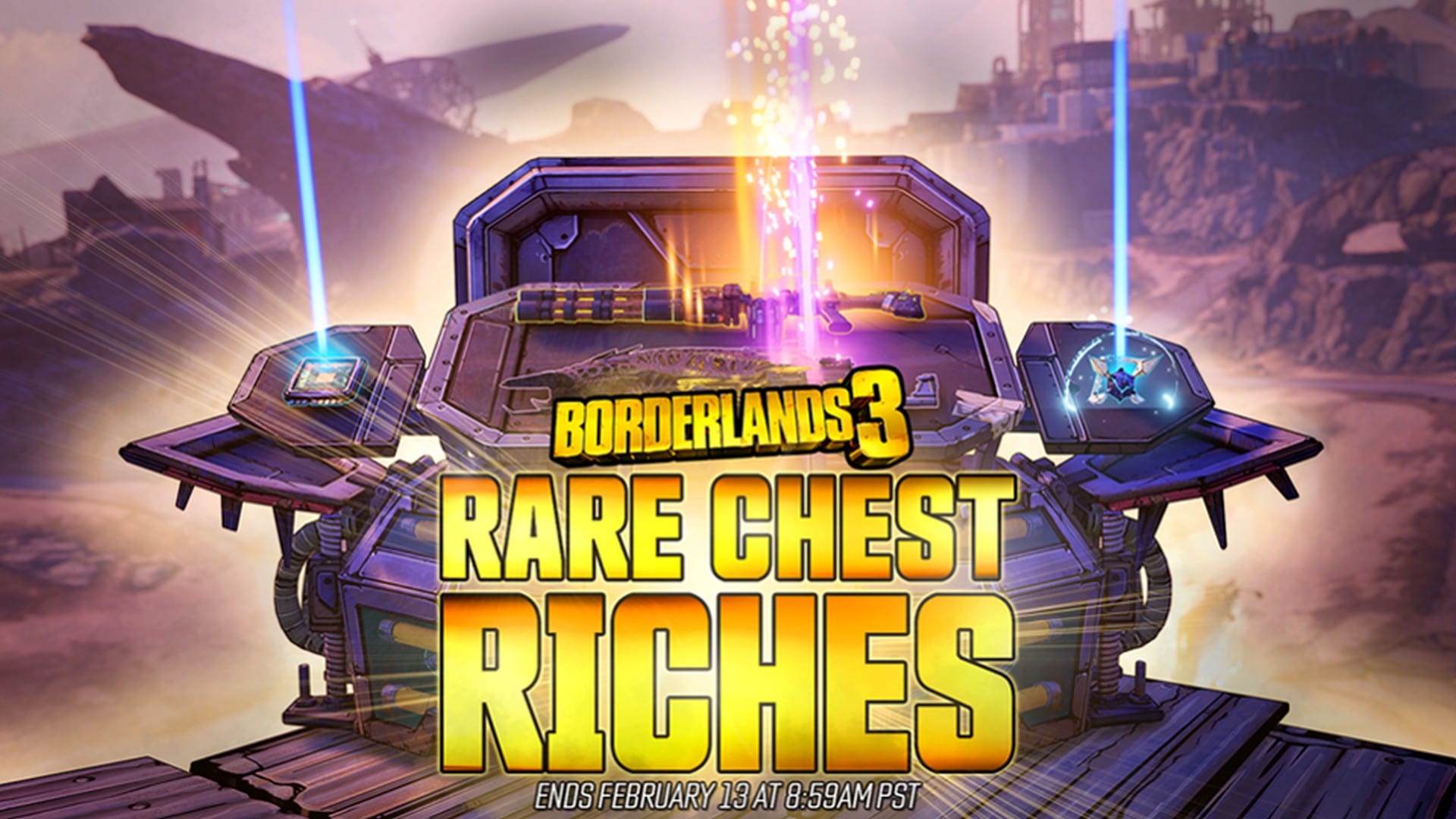 Good news, Vault Hunters! Another mini-event is now under way, along with two much requested changes to Takedown difficulty scaling and rare enemy spawn and drop rates.

Coinciding with the end of our current Farming Frenzy event, the new Rare Chest Riches mini-event is now live and runs through to February 13. During this mini-event, all Rare Chests will drop rare loot at an increased rate, giving you a better chance to receive Legendary items any time you open one.

This increased drop rate will also apply when you watch a Twitch streamer open a Rare Chest, assuming both of you have the ECHOcast Twitch Extension enabled. Any rewards you score while watching streamers will be waiting for you in your in-game mailbox the next time you play Borderlands 3. In case you haven’t done so already, click right here for a step-by-step guide to linking your SHiFT and Twitch accounts so you can receive ECHOcast rewards.

The Rare Chest Riches event is live now on PlayStation®4, Xbox One, Stadia, and PC and is scheduled to run until Thursday, February 13.

Fans will be excited to learn that today’s hotfix will also permanently increase the spawn and drop rates of Rare Spawns, Hammerlock Hunts, and Targets of Opportunity, buffing their Legendary drop rates and Anointed chances to be on par with bosses. In addition, the current Takedown at the Maliwan Blacksite scaling event – which automatically scales the mission’s difficulty level to match the size of the player party – will continue indefinitely, rather than end today as previously planned.

Going forward, the difficulty of Takedown at the Maliwan Blacksite and all future Takedowns will scale by default, though the upcoming February Update will add a new machine that allows you to re-enable “True Takedown Mode.” True Takedown Mode restores the Takedown to the original difficulty level – which was designed with four-player co-op in mind – for an extra challenge. Once implemented, this new machine will be located on the right side of the door leading out of the airlock at the beginning of the map.