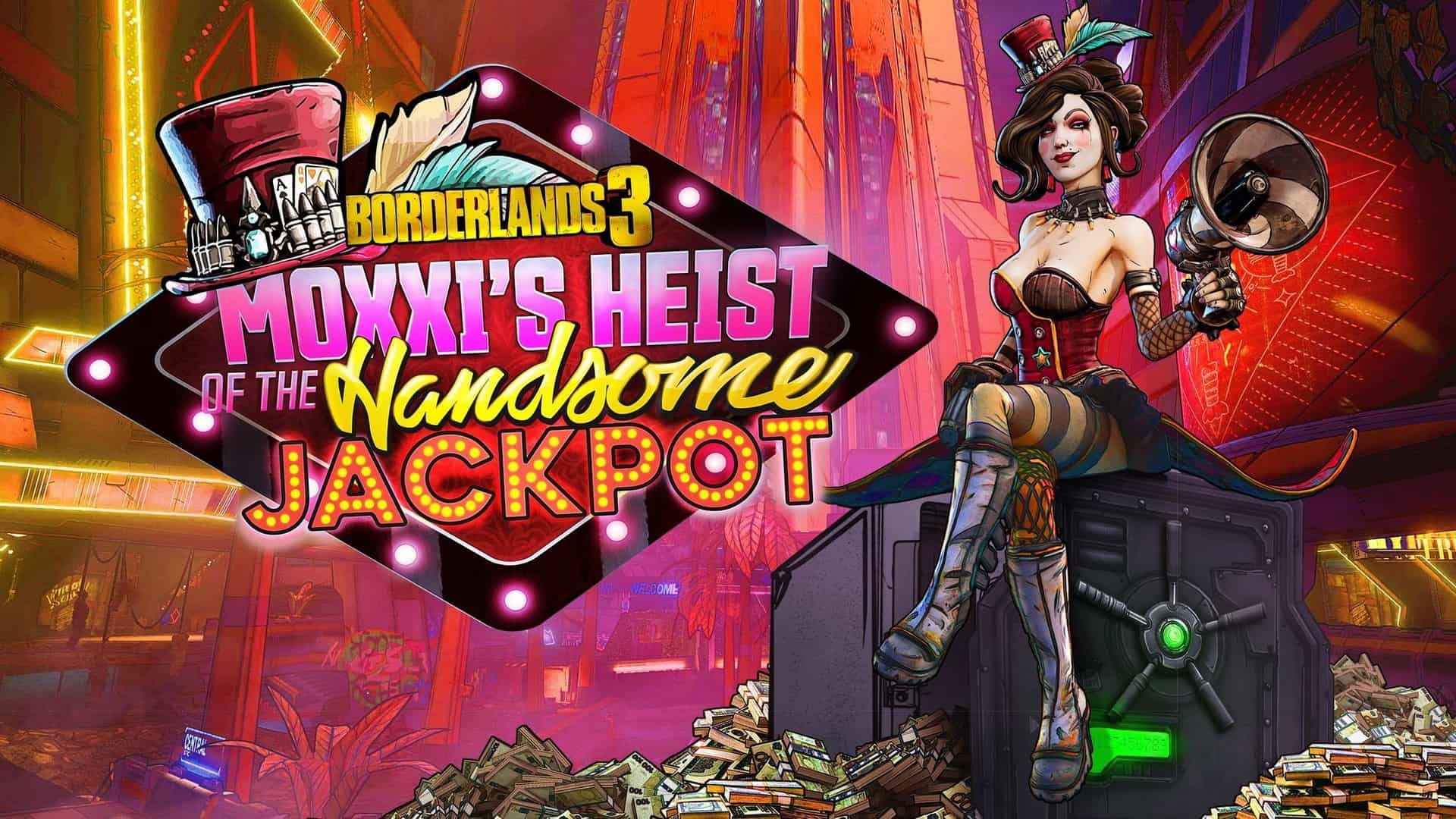 Want a sneak peek of your next great adventure? Moxxi’s Heist of The Handsome Jackpot—the first campaign add-on for Borderlands 3—launches on December 19, and we know plenty of you Vault Hunters can’t wait to wreak havoc aboard Handsome Jack’s space casino.

In case you missed the original announcement, Moxxi’s recruiting you to seize control of a derelict space station built by the infamous Handsome Jack back when he was still president of the Hyperion corporation. The Handsome Jackpot is quite possibly the gaudiest gambling spot in the galaxy, with neon signs, slot machines, and gold statues all over the place. It’s also crawling with multiple models of deadly Hyperion Loader Bots, as well as lunatic looters who’ve been trapped on board ever since Jack’s death. But that’s not all:

Moxxi’s Heist of The Handsome Jackpot is tuned for characters who are at least level 13 but will automatically scale up so that higher-level Vault Hunters can find a challenge and appropriately powerful loot. In order to access this content, you’ll need to have unlocked Sanctuary III, your space-faring home base that you reach at the end of the campaign’s prologue. For more information on Borderlands 3’s first expansion, just click right here. To download brand new screenshots and key art, please follow this link.

As a reminder, Moxxi’s Heist of The Handsome Jackpot is the first of four DLC packs in development for Borderlands 3 and is included in both the Season Pass and the Borderlands 3 Super Deluxe Edition. We’ll be showing off more of the action and adventure you can expect in Moxxi’s Heist of The Handsome Jackpot as we approach its December 19 launch date.