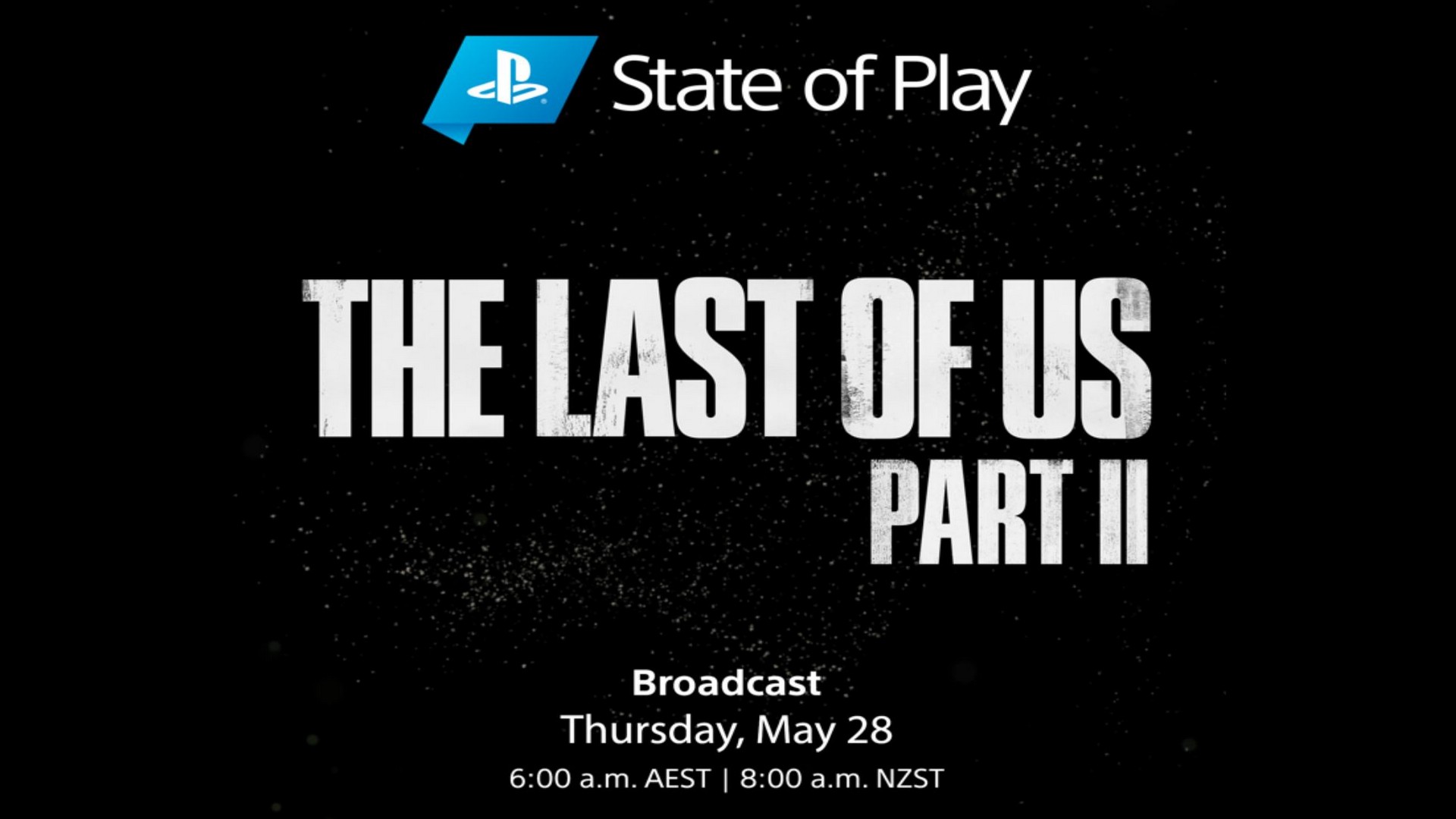 Sony Interactive Entertainment Australia has today announced a special State of Play episode dedicated to upcoming PlayStation 4 exclusive, The Last of Us Part II. Tune in this Thursday, 28th May at 6:00am AEST on Twitch and YouTube for a deep dive and new gameplay footage of Naughty Dog’s next project.

Over the course of this nearly 25 minute episode, Neil Druckmann, Director of The Last of Us Part II, will provide an extensive look at the gameplay, threats, and world of the game ahead of its release on 19th June on PS4.

To cap it all off, he’ll introduce a never-before-seen extended gameplay sequence to close out the show. You won’t want to miss it.

And no, there won’t be any PS5 news or updates in this episode, just a deep dive into the world of The Last of Us Part II.

Don’t miss the Twitch and YouTube broadcast this Thursday. We hope you can join us!

For more information on the upcoming State of Play episode, head to the PlayStation Blog.