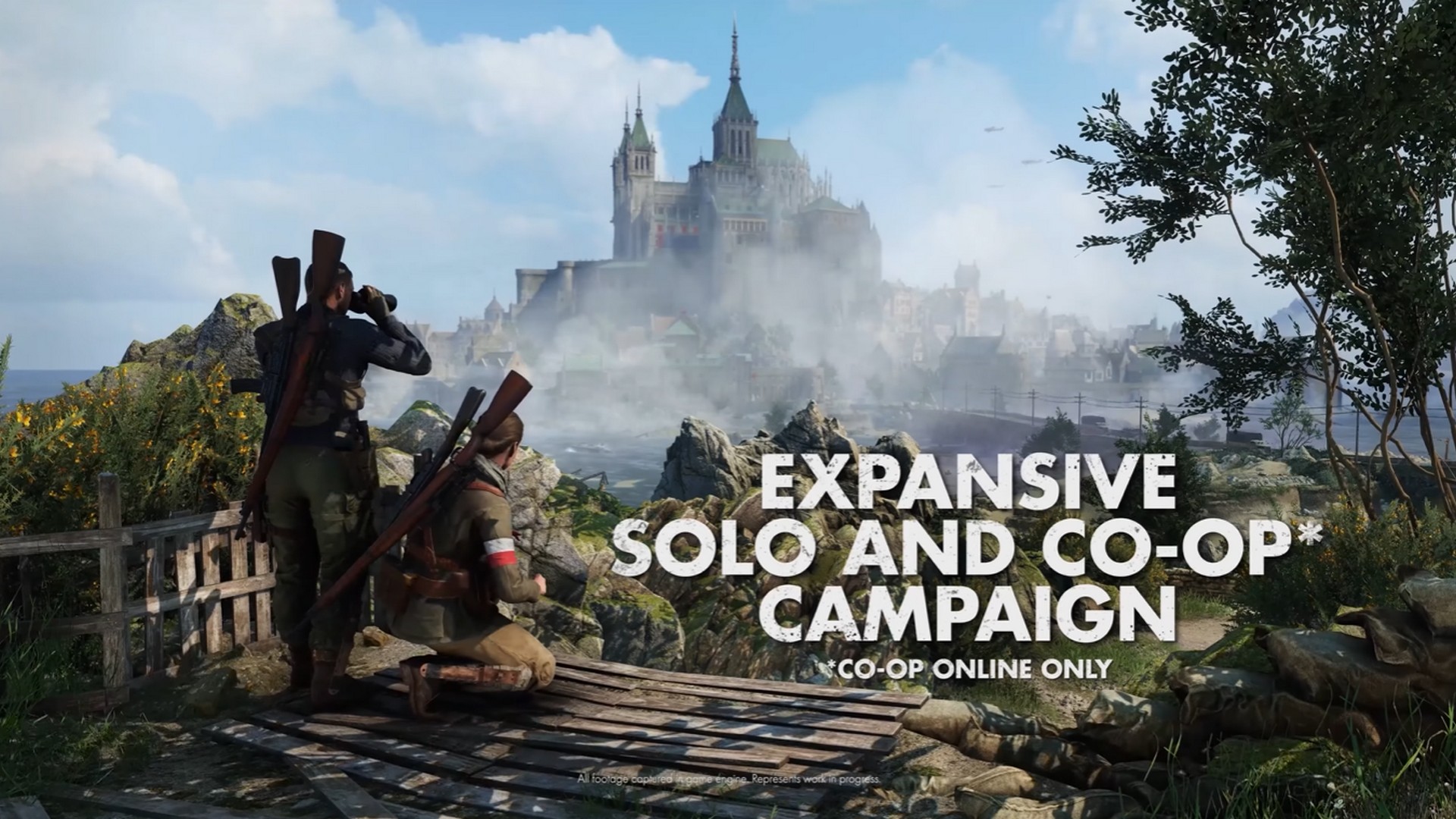 Rebellion, one of the world’s most successful video games developers and publishers, has today released a new trailer for Sniper Elite 5 which showcases the game’s features and game modes, including the first glimpse of multiplayer and Invasion Mode.

The award-winning series returns on the 26th of May as Sniper Elite 5 releases on Xbox One, Xbox Series X, and PlayStation 4 & 5.
The game’s expansive campaign is set in France in 1944 and centres around the events of D-Day. Elite marksman Karl Fairburne uncovers a Nazi plot called Operation Kraken that could turn the tide of the war back in their favour. Working in the shadows behind enemy lines, Karl has to use all the skills at his disposal to destroy Operation Kraken and the mastermind behind its Abelard Möller. The full Campaign is playable in a two-player online co-op allowing players to team up as they fight the Axis force and track down Möller.
However, human players can also try to thwart Karl’s progress as the new Invasion Mode allows an opposing player to join your game as an Axis Sniper tasked with hunting Karl down and taking him out. The invading player can make use of AI Axis soldiers to help them find Karl’s location, creating a high stakes game of cat and mouse. Meanwhile, Karl can utilise phones placed within the level to gather intel on the invader and their location. Invasion Mode can be toggled on/off in the game menu.

Multiplayer is not restricted to the campaign as a suite of tense multiplayer combat modes are also available. Complete with all format crossplay, Sniper Elite 5’s multiplayer features four core game modes each with a host of customisation options allowing players to create their own matches.

The Sniper Elite franchise has always been recognised for its advanced gun physics and this has been elevated even further for Sniper Elite 5. With weaponry painstaking recreated from real-world references to ensure maximum authenticity, the guns in Sniper Elite 5 contain a meticulous level of detail and all have their own unique feel and characteristics to the player.

The series defining Kill Cam has also been elevated. Clinical kills with pistols and SMG will now trigger the Kill Cam in addition to rifle and takedown kills. Bullets will ricochet off the bone, causing increased devastation which is shown to the player in even more gory detail than ever before.

Weapon customisation has also been greatly enhanced with players now able to change a weapon’s stock, magazines, receiver, barrel, scopes, and iron sights as well as its materials. This allows every player to create a suite of weapons that perfectly suit their playstyles as well as the mission that they are undertaking. Customisation options are unlocked in the game by discovering workbenches that are hidden within the maps. At these benches, players can customise their loadout meaning that they can adapt their playstyle and approach on the fly without having to restart a mission.
New traversal mechanics have unlocked even more playstyle options. The routes you take can define if you are stealthy and stay in the shadows or go in guns blazing. For example, the ability to climb vines allows Karl to reach new areas of the map giving him sneaky routes, great vantage points and access to secret locations further adding to each mission’s replayability.
Players who pre-order Sniper Elite 5 will also receive the latest mission of the much heralded ‘Target Führer’ campaign entitled “Wolf Mountain”. A Deluxe Edition is also available which includes the Season Pass One, as well as the Target Führer and the P.1938 Suppressed Pistol for those who pre-order.
The Season Pass comes fully loaded with: