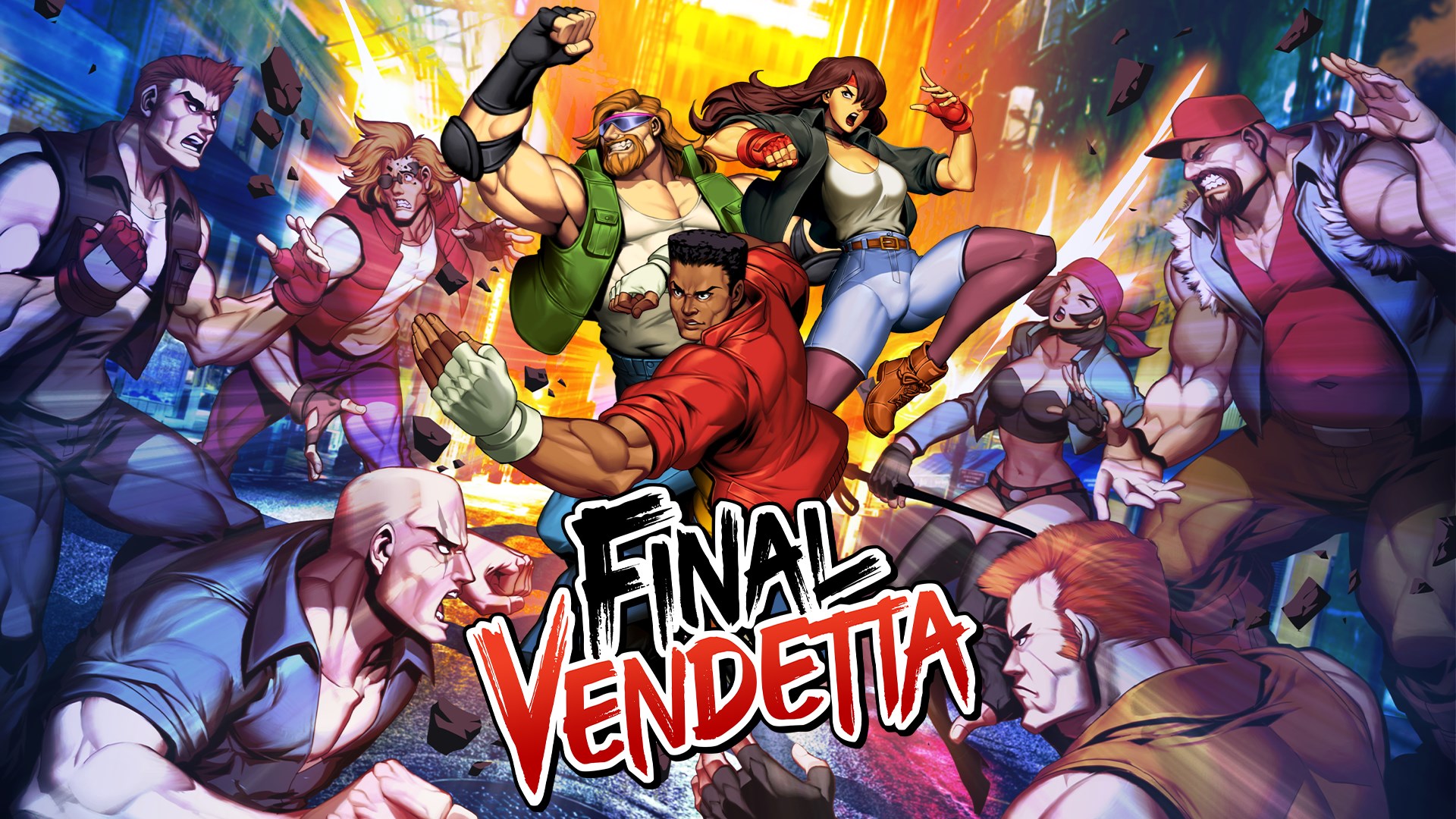 Today, Numskull Games releases side-scrolling beat ‘em up Final Vendetta, an homage to the iconic arcade titles of the 80s and 90s such as Streets of Rage, Double Dragon and Final Fight. It is now available digitally on Steam and Xbox, as well as digitally and physically on Switch, PlayStation and Xbox – including special editions.

Developed by Bitmap Bureau, the legendary development team that brought you retro-inspired cult classics Xeno Crisis and Battle Axe, Final Vendetta is the respected team’s next modern take on a beloved genre from the golden era. It comes complete with beautifully animated pixel art, challenging gameplay, and a 90s-inspired dance music soundtrack.

Playable either in solo or co-op mode, Final Vendetta pulls no punches with four different game modes spanning Arcade, where the objective is fight through six different locales, battling all bosses in Boss Rush, surviving hordes of enemies in Survival, not to mention player against player bouts in Versus.

“Although we’ve long been fans of the genre, Final Vendetta is our first foray into beat ‘em ups. We’re thrilled to be part of the modern renaissance and can’t wait to bring that sense of old school arcade fun to modern consoles and PC.” – Mike Tucker – Design Director at Bitmap Bureau

An array of succulent street food to sample.

Characters include Londoner bare-knuckle boxer Duke Sancho, Essex martial artist Claire Sparks, and wrestler Miller T. Williams – each with their own unique move sets and special abilities.
Harking back to the halcyon days of the rave movement, Final Vendetta’s thumping soundtrack is produced predominately by Featurecast, as well as including four tracks from chart-topping electronic dance duo Utah Saints, not to mention a cut from Krafty Kuts.

The hotly-tipped title is available now digitally on PC (Steam), Xbox, Nintendo Switch and PlayStation 4 & 5 for £22.49 / $24.95 SRP. Three different physical versions are available on Nintendo Switch and PlayStation 4 & 5 including the Standard Edition for £34.99 / $44.99 SRP, Collector’s Edition including OST CD, stickers and collectible cards for £49.99 / $64.99 SRP, and Super Limited Edition that includes the aforementioned plus an artbook, poster and barrel USB keyring for £74.99 / $99.99 SRP.