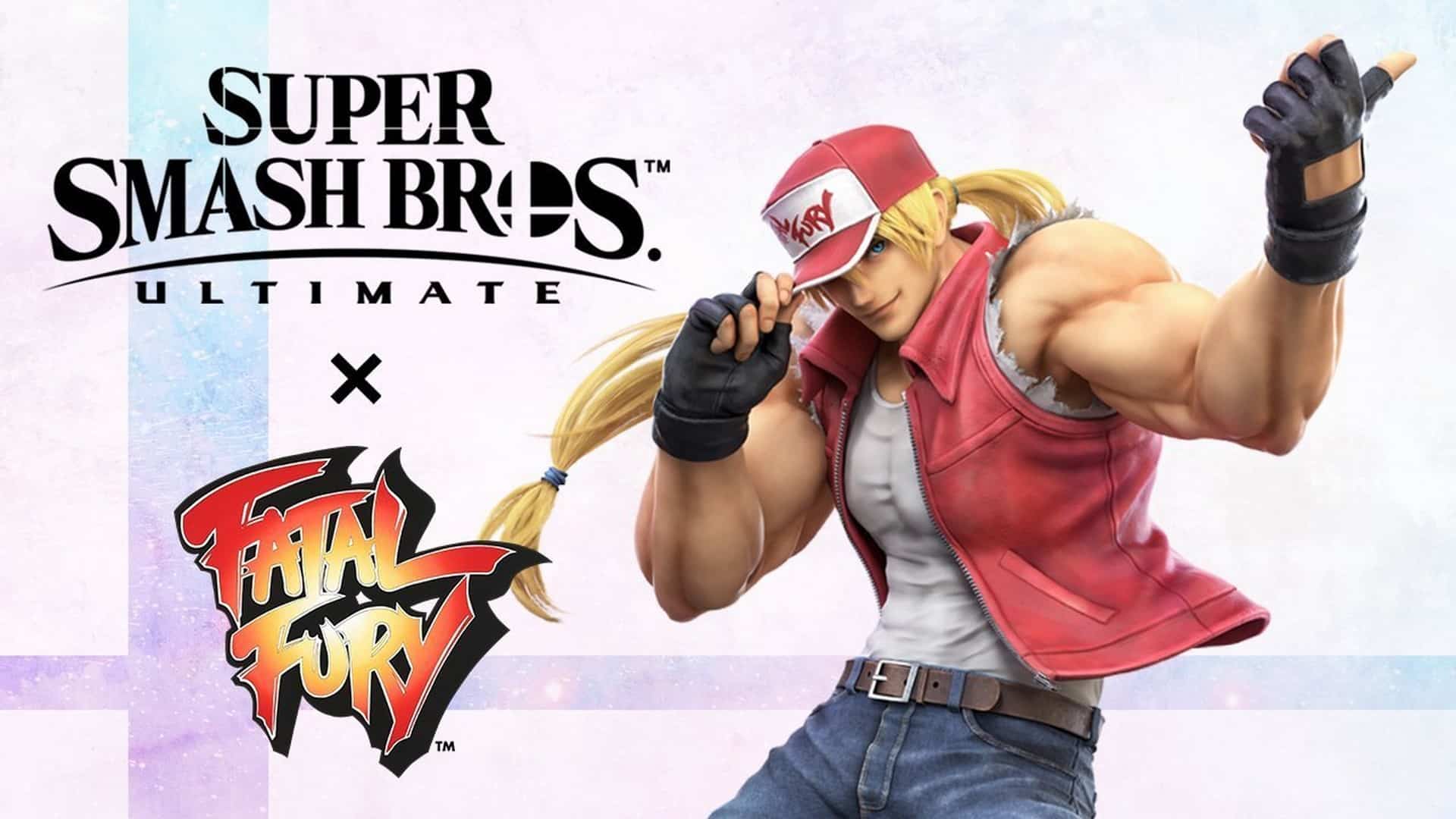 Terry Bogard’s addition to the roster will inject even more variety into the epic collection of heated battles in Super Smash Bros. Ultimate. Terry has appeared in more than 80 games spanning the past three decades, first taking the world by storm in 1991 when he pummeled his opponents in the legendary SNK arcade game, FATAL FURY: KING OF FIGHTERS. With his trademark ball cap and confident smile, Terry has since grown into a mainstay in the fighting game community and a mascot for SNK. Players interested in exploring more of Terry Bogard’s history can also purchase several classic fighting games that feature him in Nintendo eShop on Nintendo Switch, including ACA NEOGEO REAL BOUT FATAL FURY SPECIAL, ACA NEOGEO THE KING OF FIGHTERS ’95 and ACA NEOGEO THE KING OF FIGHTERS ’98.

In a fitting tribute to his NEO GEO roots, Terry Bogard’s move set bridges the classical arcade fighting gameplay of the FATAL FURY series with the signature playstyle of Super Smash Bros. Ultimate. This unique lineage means Terry plays unlike any other character on the roster, giving players new opportunities for creative expression through his unmistakable fighting flair. Terry’s introduction to the roster also means the addition of a newly added stage, King of Fighters Stadium, and songs from an assortment of SNK titles. Alongside the launch of Terry Bogard and Challenger Pack 4, a free update for Super Smash Bros. Ultimate will also be available today that features improvements to the Battle Arena and more.

By purchasing the Fighters Pass, Super Smash Bros. Ultimate players will get access to five Challenger Packs. Each pack includes a new playable fighter, a new stage and music tracks. Joker, Hero and Banjo & Kazooie are all available now, with Terry Bogard joining today. One additional character, who has yet to be revealed, is also included in the Fighters Pass, and will be available for download at a later date. For more information about Super Smash Bros. Ultimate, visit https://www.smashbros.com/.