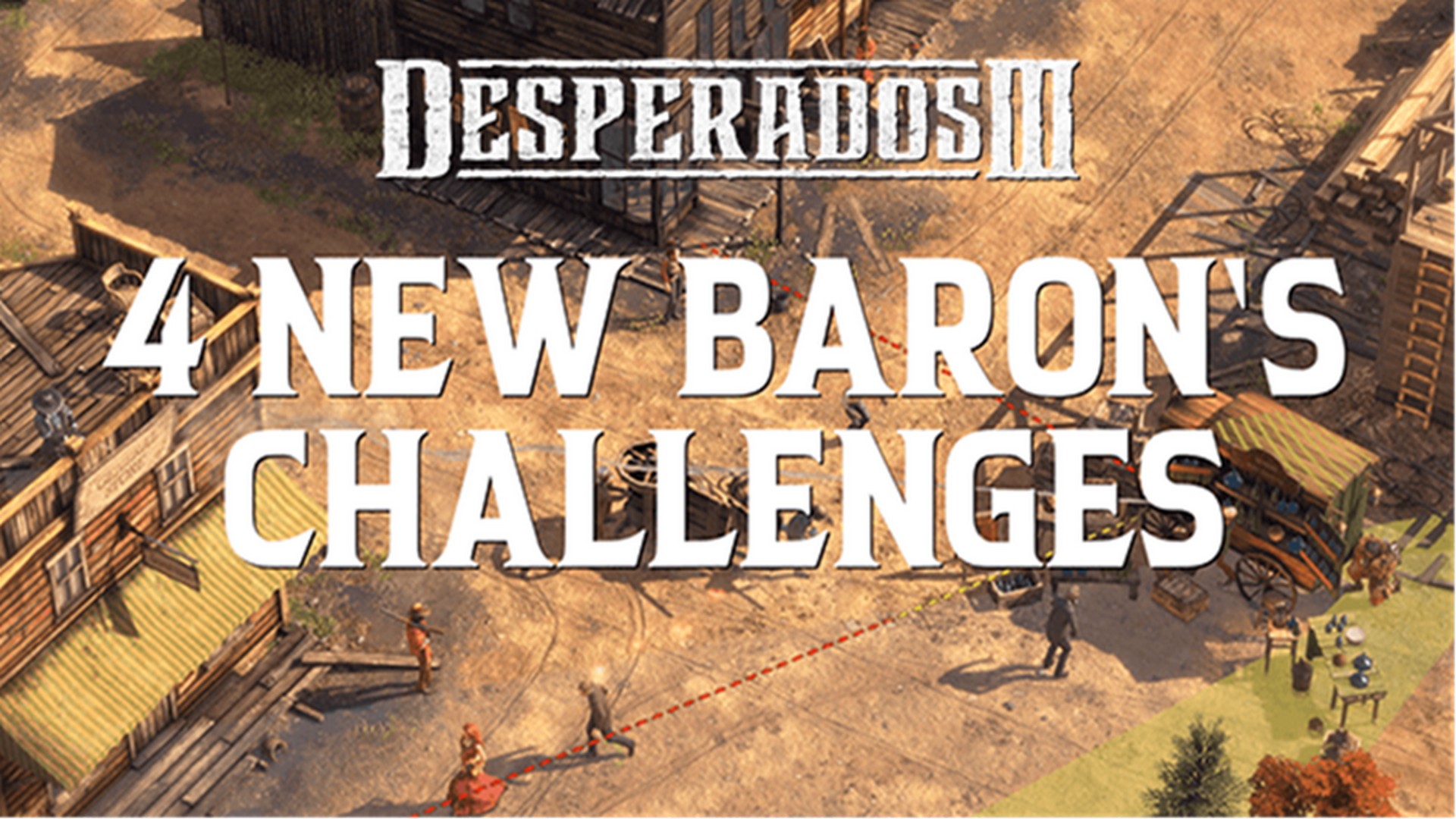 The critically acclaimed Desperados III isn’t challenging enough for you yet? Well, Mimimi Games has got you covered with a free update for all platforms today: introducing the “Baron’s Challenge Mission Pack #1”, containing four brand new Baron’s Challenges for Flagstone, Mayor Higgins’ Estate, Eagle Falls, and the Casa DeVitt. Each one has a new special challenge for you: