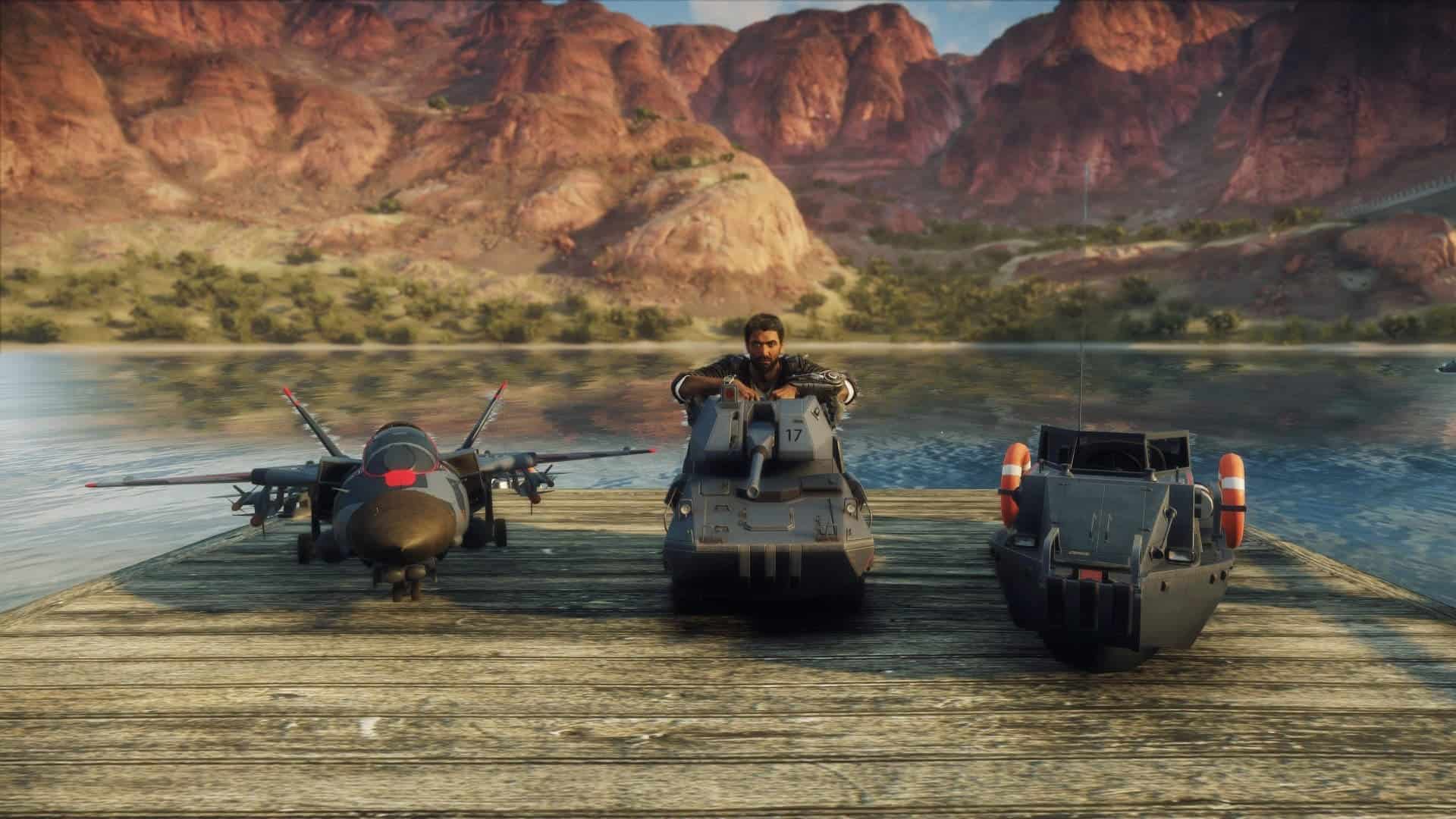 JUST CAUSE 4 gets even bigger and more explosive this summer, with the arrival of another big content update for the most over-the-top open world sandbox experience around!

As supernatural forces invade the towns of Solis and infest its people, only Rico can save the day in Los Demonios, releasing on June 26th 2019 for Gold Edition & Season Pass owners, and July 3rd for everyone, on XBOX ONE®, the all-in-one games and entertainment system from Microsoft, PlayStation®4 computer entertainment system and Windows PC.

A parasitic infestation now spreads across the island of Solis, terrorizing its inhabitants and attacking anyone that stands in its way. Los Demonios will challenge even the most experienced action hero. Rico will need all of the skills & toys at his disposal in order to face the horrifying new threat and eradicate the demon invasion permanently, before it’s too late!

The Free Challenges update arrives as well to bring new ways to play in the JUST CAUSE 4 open world sandbox. Every month, players will be able to earn cosmetic rewards for their wingsuit and parachute by completing inventive new Challenges & Trials that will test the limits of their mastery over Rico’s skills & gear. Turn back the clock with the clean cut JUST CAUSE 2 Rico skin, available now in the customization menu and free for all players.

Take the fight to the Black Hand in style with the outrageous Toy Vehicles pack, available in the all-new Black Market store. The miniature sized Tank, Boat & Jet brings hilarious explosive action and takes the over-the-top mayhem of JUST CAUSE 4 to new heights, and even the Black Hand will respond in kind with Toy Vehicles of their own. Grow your collection of incredible vehicles that will add crazy new abilities and destructive powers to your tool set, with new premium packs available each month via the Black Market store.

“We wanted to follow-up the huge Spring Update for JUST CAUSE 4 with even more great new content for our players! The Trials, Toys & Terror update will add more new gameplay elements, new challenges, awesome new equipment and new reasons for players to return to the open world sandbox action all year long.” said Victoria Setian, Senior Producer at Avalanche Studios.

“’Los Demonios’ is not only a return to the classic liberation style gameplay but also introduces a supernatural threat to the world for the first time in “JUST CAUSE” said Bryan Rodriguez, Creative Producer at Avalanche Studios. “Players will face the most challenging content yet in ‘Los Demonios’, pushing them to their limits in both combat strategy and survival. Even veteran players will need to bring their A-game if they want to succeed in tackling the emerging demonic presence and protect Solis from total annihilation! Prepare your weapons and your wits, as ‘Los Demonios’ will be an off-the-wall experience Just Cause players will not soon forget!”