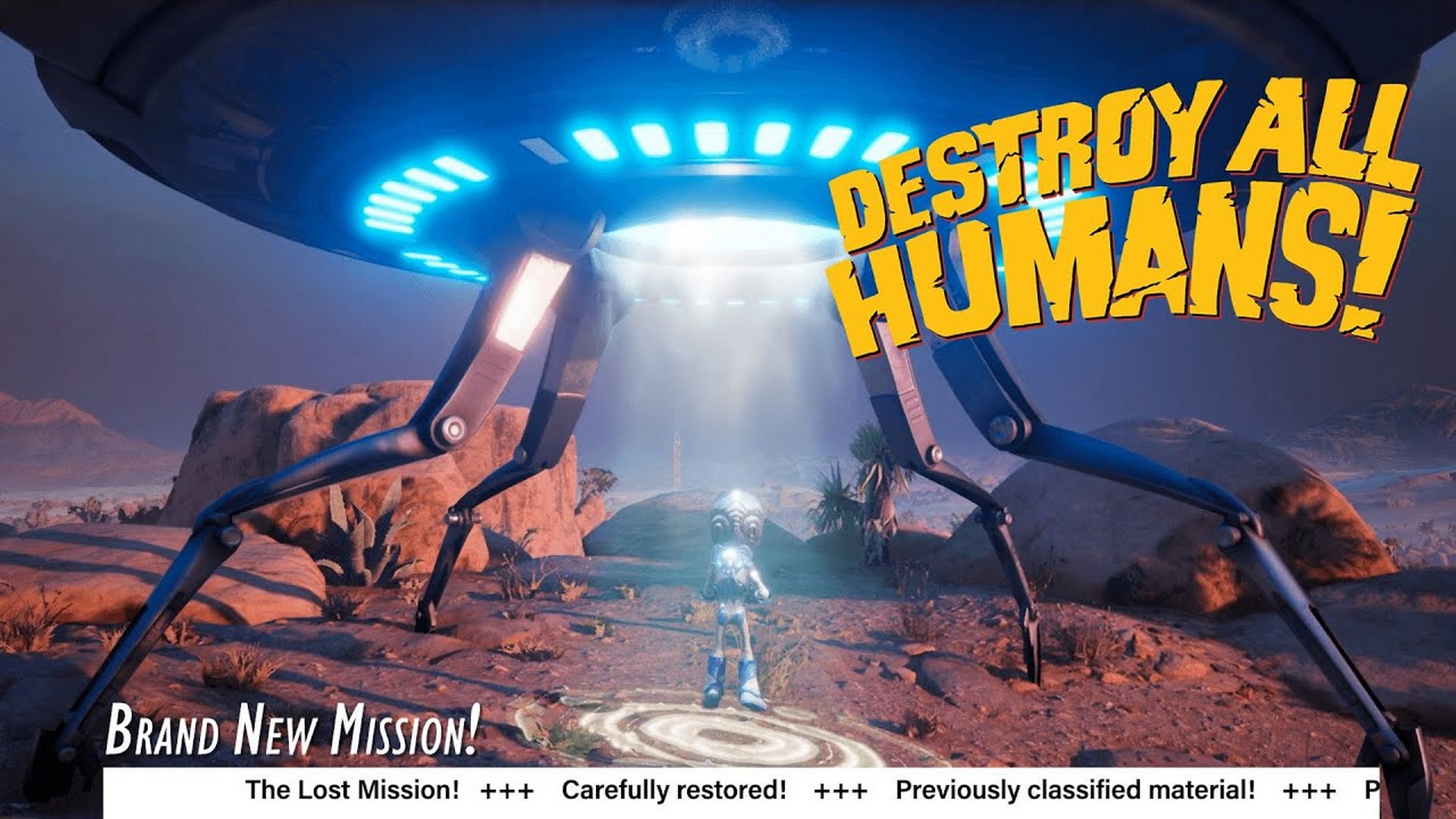 Destroy All Humans! is a remake of the beloved 2005 video game classic. Developer Black Forest Games has massively upgraded the graphics, with the game being created completely in Unreal Engine 4. Among new visuals, also the controls have been modernised and some interesting new content was added, special challenges after a mission of the campaign is completed for example.

BUT … there is one lost mission. The dev team found – hidden deep in the archives of Pandemic Studios – an unreleased mission in the middle of the campaign. This mission has been restored and finalised and will be part of Destroy All Humans! coming on July 28th for PlayStation®4, Xbox One™ and PC.

In his new video series, Cryptosporidium-137 is delighted to show off his fine arsenal for the extermination of mankind. Starting with the “Disintegration Ray”, you will find a new weapon showcased every week on THQ Nordic’s YouTube-Channel: http://n.thq.com/atya30qYyxB

Crypto’s adventures leading him to some interesting fictional places in the United States of the flaming 50s. In the new “welcome to” series, THQ Nordic will present the famous locations one by one, from the Turnipseed Farm and Santa Modesta to Area 42 and Capitol City. All “welcome to” videos are available on THQ Nordic’s YouTube-Channel: http://n.thq.com/2VMF30qYyxH

Check out the new trailer of the Crypto-137 Edition:

Check out the new trailer of the DNA Edition: