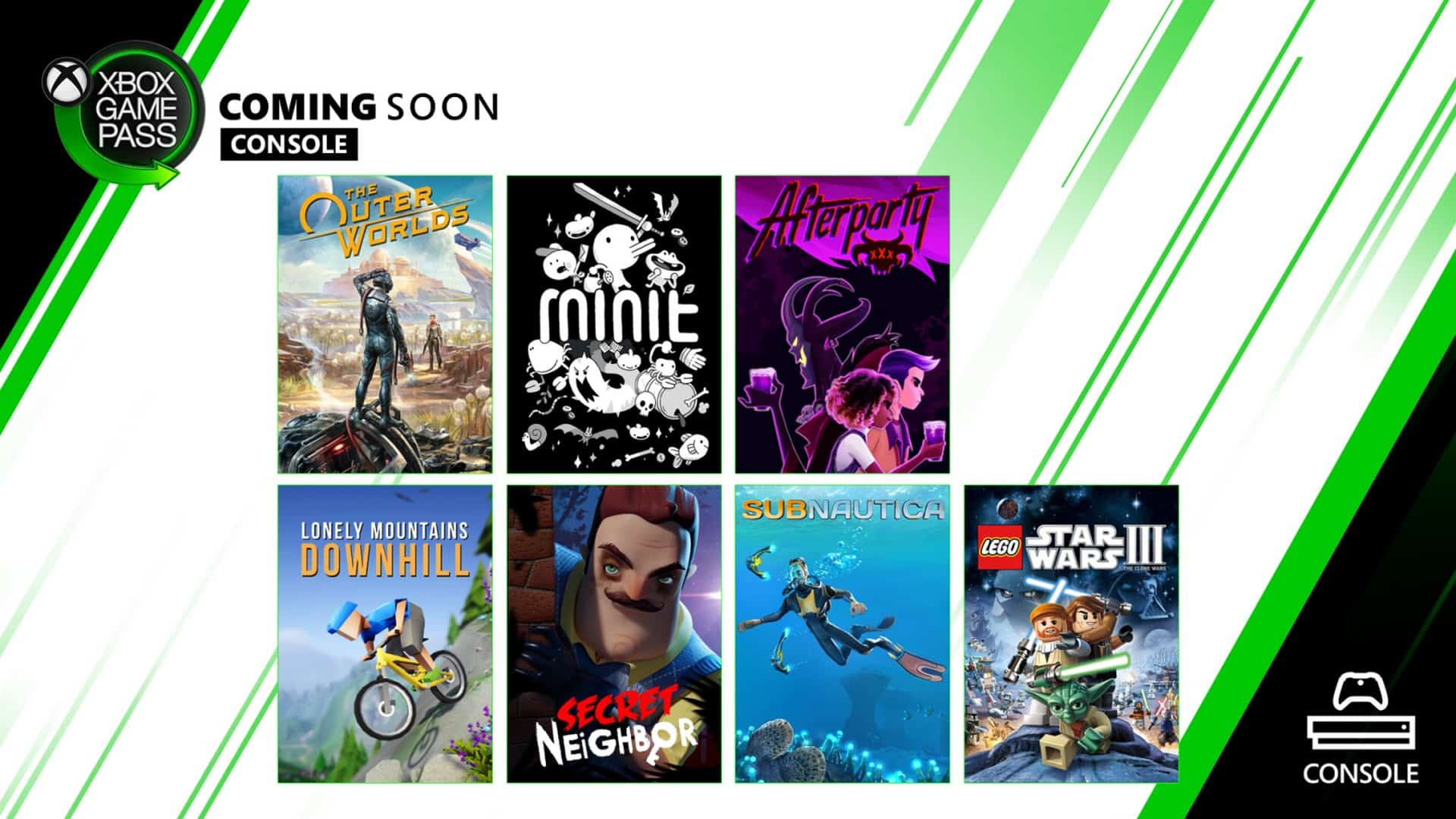 This time of year, our office starts to get into the Halloween getting-dark-early-so-let’s-hibernate-and-play-some-great-games kind of mood. Meanwhile, we’re prepping our pumpkin carving designs, curating our “most likely to make you scream” gaming playlists and debating what makes a game spooky. Like drinking with the devil, killer alien sharks, and the cold, dark vacuum of space — bonus points if you figured out what upcoming Xbox Game Pass titles I’m referring to.

Just you, your bike, and a mountain. Take a thrilling ride down an unspoiled mountain landscape and make your way through thick forests, narrow trails and wild rivers. Race, jump, slide and try not to crash all the way from the peak to the valley.

Follow-up to the fantastic Hello Neighbor, Secret Neighbor is a suspenseful multiplayer horror game where a group of kids try to rescue their friend from the neighbour’s creepy basement. Only problem is one of the kids is the Neighbour in disguise.

Minit is a peculiar little adventure played 60 seconds at a time. Journey outside the comfort of your home to help unusual folk, uncover countless secrets, and overcome dangerous foes, all in hopes of lifting a rather unfortunate curse that ends each day after just one minute.

The Outer Worlds (Xbox Game Pass for Console and PC)

A new single-player, first-person sci-fi RPG from Obsidian Entertainment and Private Division. Lost in transit while on a colonist ship bound for the furthest edge of the galaxy, you awake decades later only to find yourself in the midst of a deep conspiracy threatening to destroy the Halcyon colony. As you explore the furthest reaches of space and encounter various factions, all vying for power, the character you decide to become will determine how this player-driven story unfolds.

Milo and Lola are recently deceased best buds who suddenly find themselves staring down an eternity in Hell. But there’s a loophole: outdrink Satan and he’ll grant you re-entry to Earth. Control Milo and Lola with an intelligent conversation system that changes the story and your relationships based on every decision. Uncover their personality quirks and foggy history during the wild events of the night. Every step is up to you as you stumble through the underworld. Go on a hellish bender, uncover the mystery of your damnation, and drink Satan under the table.

Laugh your way through an all-new story that takes you through 16 different systems and experience features like massive ground battles, boss fights, and multi-layered space combat. Expanded Force abilities, characters, environments, and over 20 story-based missions make this the most one of the most action-packed LEGO games.

You have crash-landed on an alien ocean world, and the only way to go is down. The ocean ranges from sun drenched shallow coral reefs to treacherous deep-sea trenches, lava fields, and bio-luminescent underwater rivers. Manage your oxygen supply as you explore kelp forests, plateaus, reefs, and winding cave systems. The water teems with life: Some of it helpful, much of it harmful.

Starting November 1, play as some of the toughest, most daring femmes in games. Earn any achievement in the upcoming Fearless Femmes collection to earn 100 Rewards points. Whether you choose to explore the world as Lara Croft in Tomb Raider or live in fear in Alien: Isolation, we’ve got a game for you to play.

In addition to the exciting and spooky games releasing for Console and Ultimate soon, Xbox also wanted to share some sweet game updates you can take advantage of this month just by being an Xbox Game Pass member because why not?

Did you go pre-install The Outer Worlds yet? Future you will be pleased with immediate playtime when the game drops on October 25, so get on it. Just sayin’.

Download the mobile app, and you can see what other collections of games Xbox have put together (not just spooky though that’s on the brain), and you can download directly to your console.

And since games are more fun when played with friends, or when you can talk to friends that have also played the same games, let your friends know they can get their first month of Xbox Game Pass for only $1 and can jump in on the fun and spookiness with you this month.