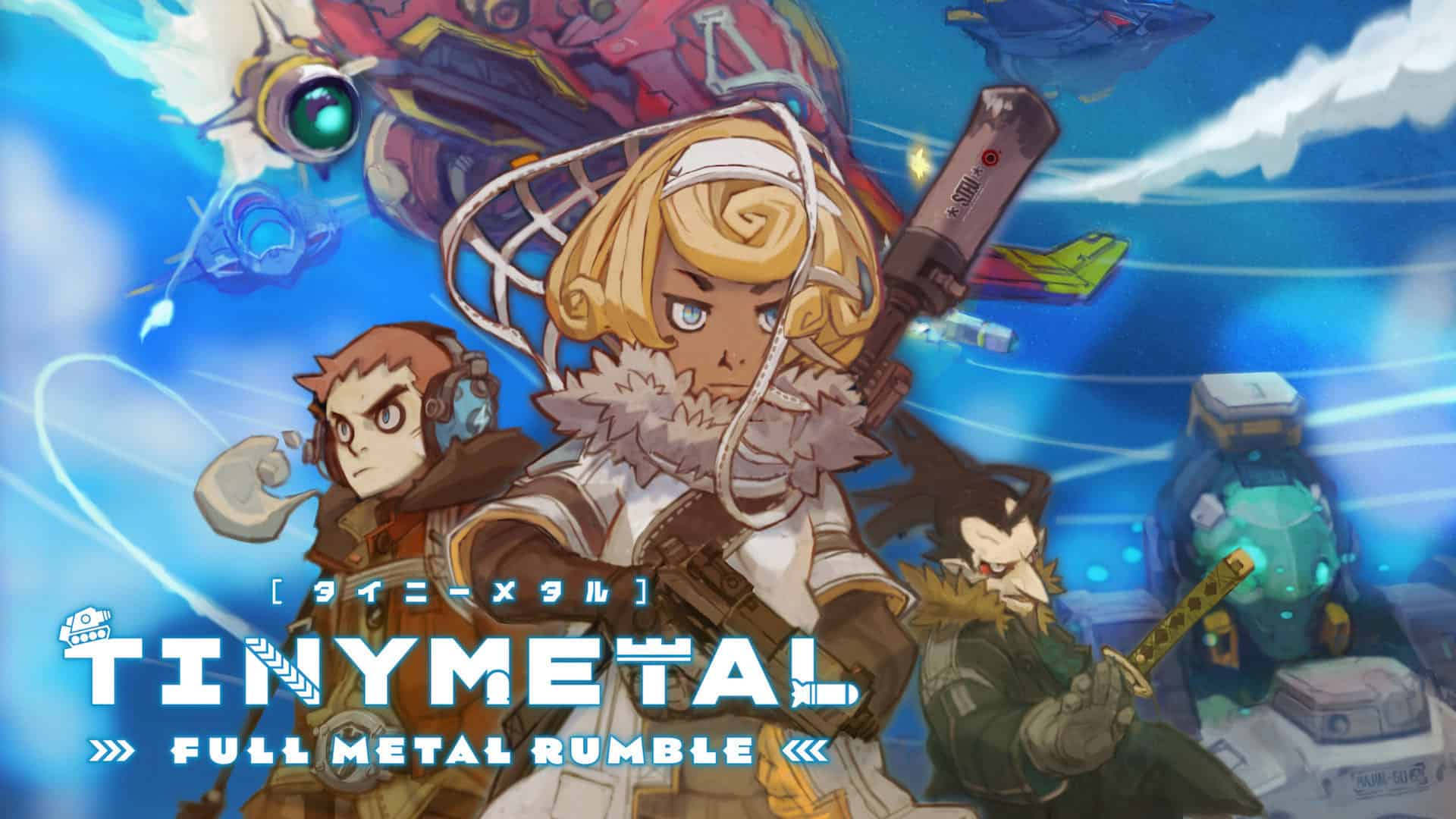 TINY METAL: FULL METAL RUMBLE, a turn-based strategy wargame of intrigue with a distinct Japanese flavor from the AAA veterans at AREA 35, Inc., has launched its assault on Nintendo Switch and Steam for PC.

The war with the Dinoldan Army is at a tipping point as they continue to excavate dangerous ancient technology. To stop their ceaseless charge, Commander Wolfram must mount a counteroffensive on multiple fronts. Journey across an open-world map filled with secrets—a first for the TINY METAL series—and unearth the world-shattering truths beneath an unforgettable story by Hirotaka Inaba (I Am Setsuna).

Unleash new Commander Powers and Passives to swiftly power up units or cut the enemy off at the knees. Master each map’s varied terrain—forests, snow, sand, and other environments hidden within the fog of war. Solve the intricacies of over 20 unit types to build and execute a winning strategy toward multiple victory conditions, another first for the TINY METAL series.

“We’ve longed to continue telling the story we began with TINY METAL in 2017. What happens to Commander Wolfram, Nathan Gries, and the rest of the cast will define the series and set the stage for adventures to come,” said Hiroaki Yura, producer, AREA 35, Inc. “FULL METAL RUMBLE will challenge players like never before while growing the universe, answering burning questions, and asking new ones—all for the turn-based strategy fans whose passion for the genre burns bright.”

TINY METAL: FULL METAL RUMBLE is now available for Nintendo Switch and PC in North America and Europe for $14.99 with a limited time launch discount of 15%. A demo featuring three campaign maps and two skirmish battlefields is also available in the Nintendo eShop. Following launch, a day one patch will address all known bugs and ready FULL METAL RUMBLE for battle.