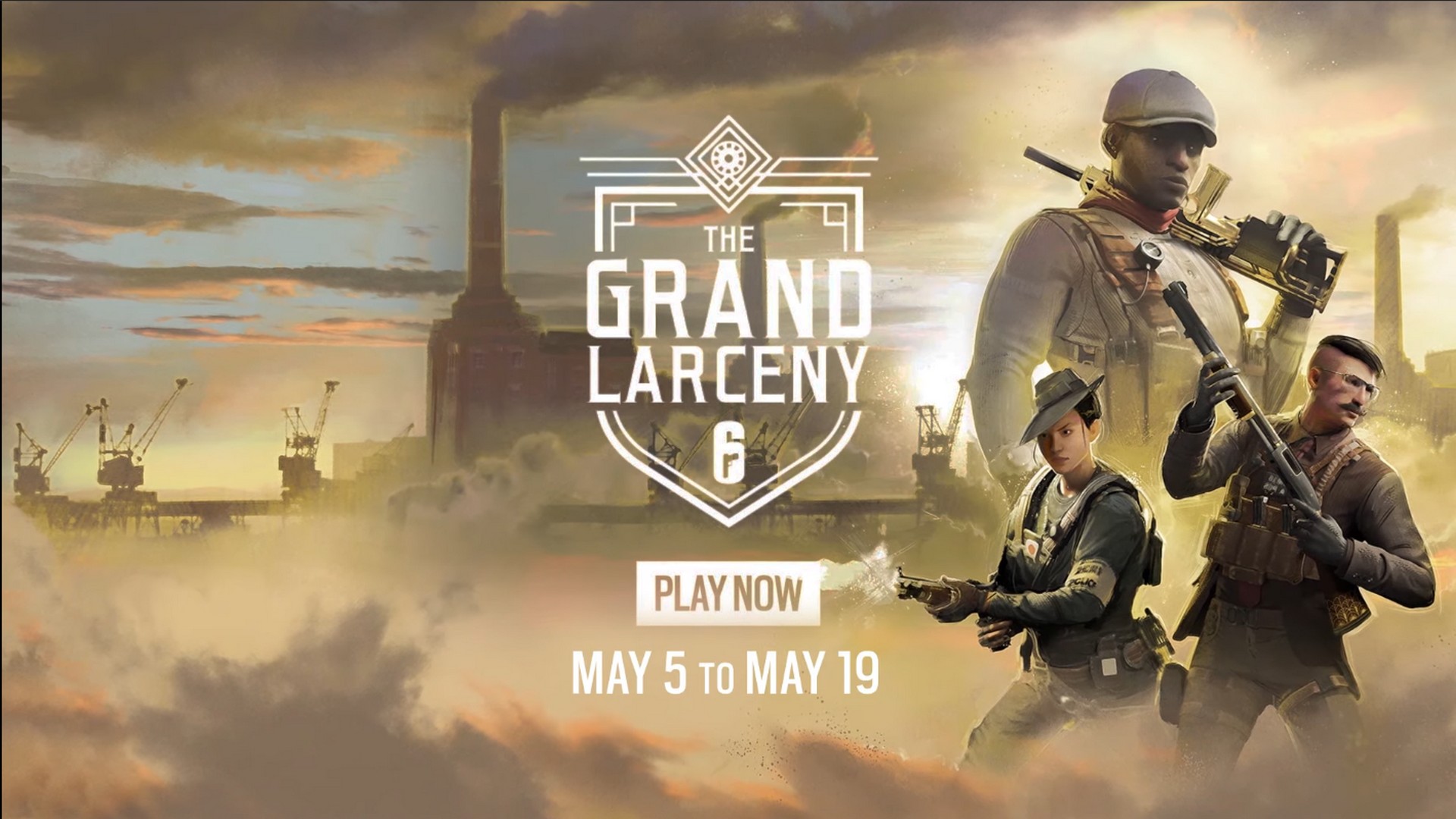 Today, Ubisoft® announced a new limited-time event for Tom Clancy’s Rainbow Six® Siege Year 5 Season 1, The Grand Larceny. This event brings an all-new game mode in a British version of the old Hereford map: The Stolen Goods. Players should be ready to defend their fortune at all costs.

This event will last two weeks from May 6 until May 20. In this cracking 5-vs.-5 inspired by the British mob of the 1920’s, gunshots ring through the hallways of the Headquarters. Most Operators will be unlocked to play in this event, with a few exceptions due to gameplay specificities: Glaz, Nomad, Buck, Montagne, Blitz, Caveira, Kali, Clash, Blackbeard, Lion, IQ, Tachanka, Recruit, Twitch and Mozzie won’t be available. Each Operator will only have a main shotgun equipped, customised with the event’s weapon skins as found in The Grand Larceny Collection and the Roaring Riches Bundle.

The Stolen Goods game mode is different from the standard ones. No Hostage, no Area to Secure, no Bombs to Defuse. No Preparation Phase, no Attacker’s drone. However, there are Safeboxes spread throughout the map. Defenders must protect these at all costs, but they can also win rounds by eliminating all their opponents. Attackers, on the other hand, must open a certain amount of Safeboxes, or eliminate all the Defenders. Players will be informed where the Safeboxes are located, alongside adjustments to flooring that will remove select metal beams after destruction, allowing players to be even more creative with their shotguns. Players must be prepared for an amount of destruction never before seen in Rainbow Six Siege.

The Grand Larceny Collection will introduce 31 new items, featuring exclusive customisation options for Amaru, Fuze, Gridlock, Hibana, Maverick, Echo, Maestro, Kaid, Wamai, and Warden, these can be seen in-game by picking these Operators in the event. The Grand Larceny pack can be obtained by completing special Event Challenges, or by purchasing them for 300 R6 Credits or 12500 Renown each in the Packs section of the Home screen. The Roaring Riches Bundle, which contains the Deco Artistry signature weapon skin and the Crafted Six charm, will also be available to acquire during this time.

To learn more about the Grand Larceny, please visit: www.rainbow6.com/grandlarceny