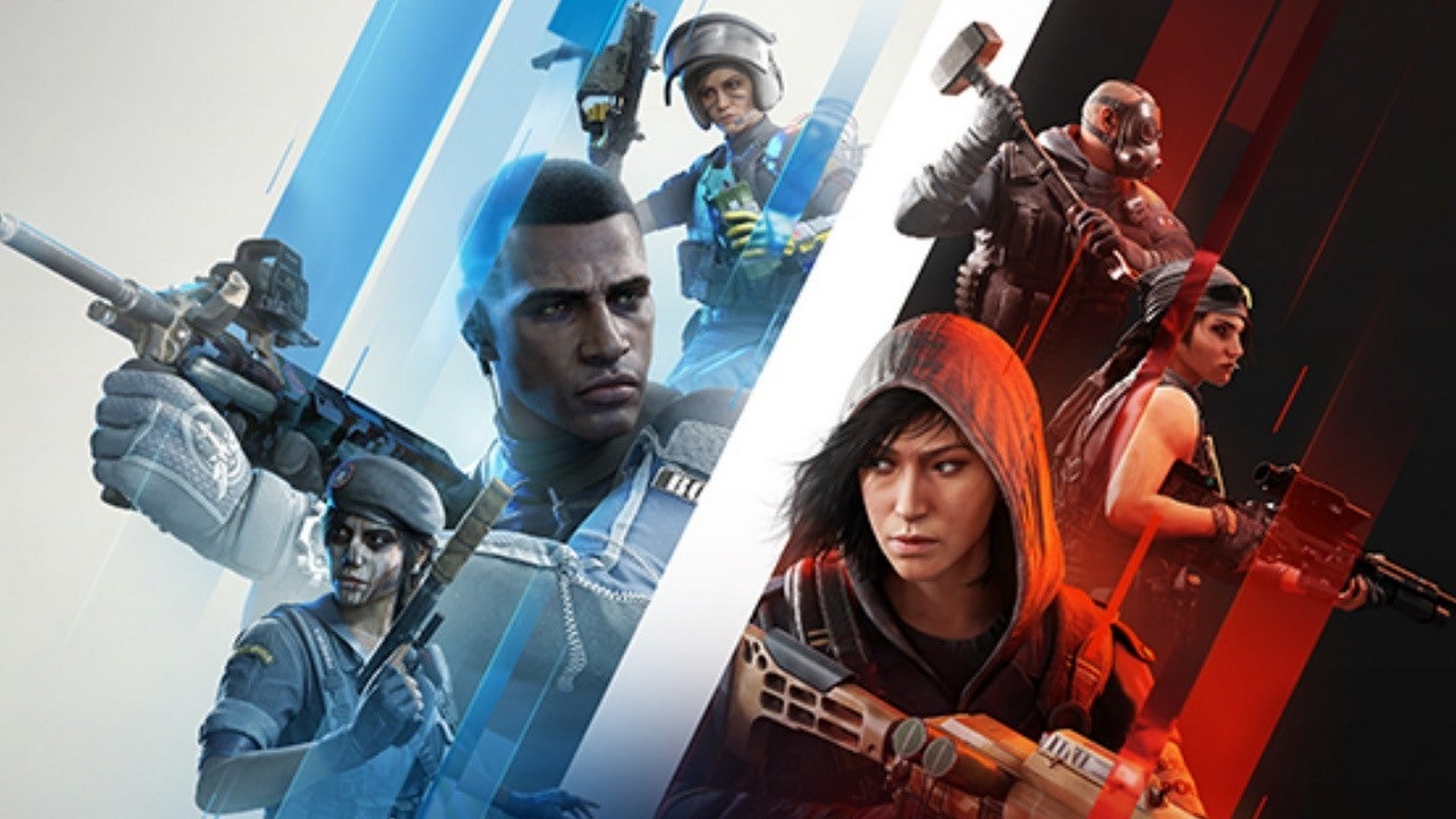 Today, during the Rainbow Six Siege Community and Game Celebration, Ubisoft® announced its plan for the Future of Siege. The continuous support and additions to Tom Clancy’s Rainbow Six® Siege from the studio in the past years will continue in Year 6 and onward, with core gameplay changes coming throughout the year, new tools to encourage positive behaviour, quality of life improvements and a comprehensive Year 6 roadmap, unveiling the nationality of the new Operators and reworked maps.

Crimson Heist, the first season of the Year 6, will bring the Argentinian attacker Flores and the rework of the map Border. This season will be available tomorrow on the PC Test Server. Season 2 will introduce an Operator from the Nakoda Nations and a rework of the map Favela. Season 3’s Operator will come from Croatia, and 3 maps will be slightly reworked. To conclude, the last Operator of the year will be from Ireland, and the reworked map will be Outback. 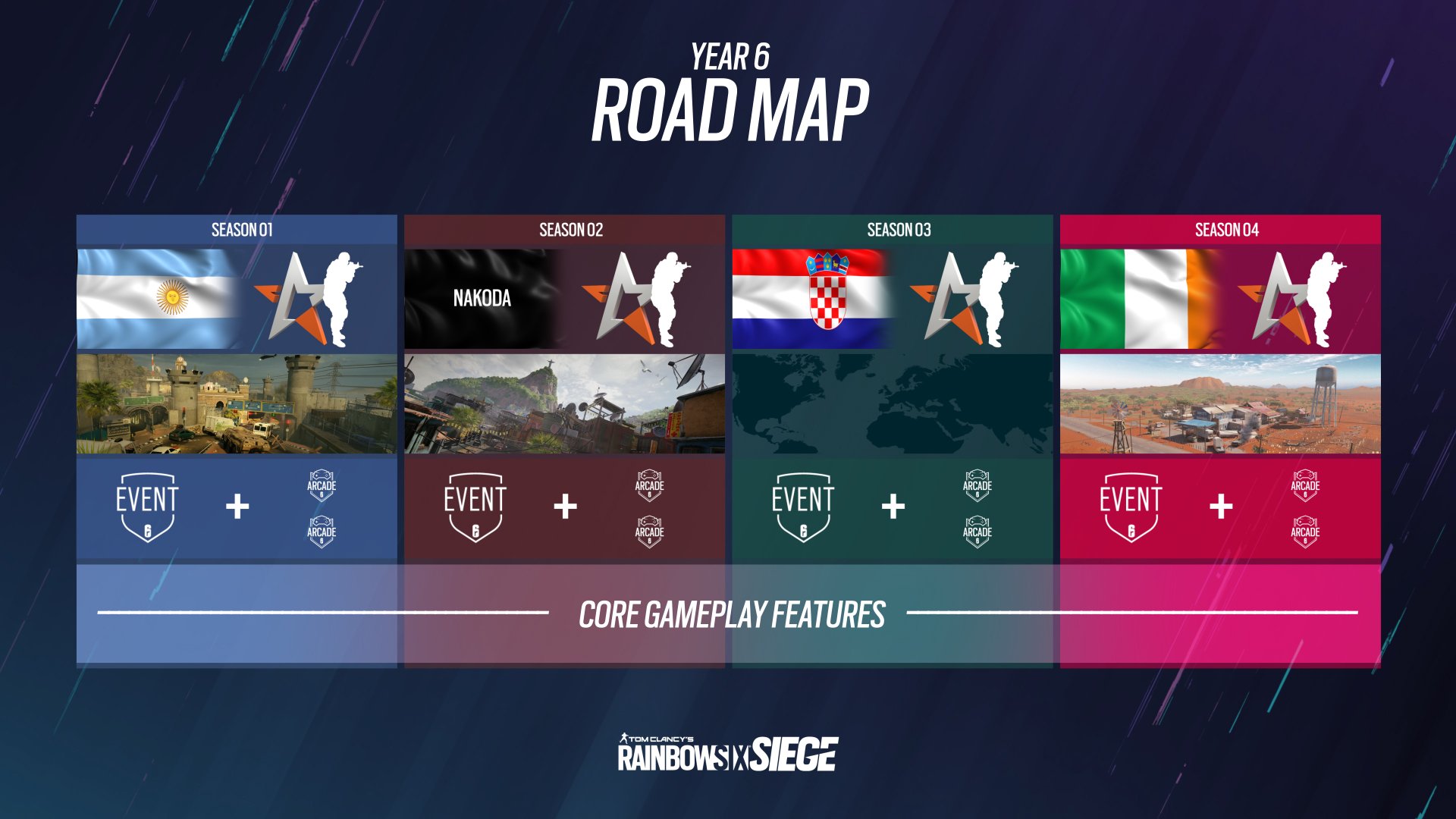 A first version of the Reputation System has been shadow tested in the past new season, running in the background but not visible for players. The goal of this tool is to encourage positive behaviour within the game by rewarding players with a positive impact on the game with in-game content, while punishing toxicity by limiting access to ranked playlist, for instance. This tool will be transparent for players in order to inform them how to increase their scores and adapt their behaviour. This tool will launch during Year 6.

As they are an essential part of the community, a streamer mode has been designed for content creators to control their anonymity when playing. This tool will allow them to hide their name, region and ping, hide everyone else in the match, including a hidden matchmaking delay, hide their current clearance level and profile image. A first version of this tool will be available in the Crimson Heist Test Server.

A new secondary weapon is coming to Rainbow Six Siege – the Gonne-6. This one-bullet secondary weapon can destroy any bulletproof gadget and adds an extra loadout option to players, opening the way for new tactical possibilities. The first version of the Gonne-6 will be available in the Crimson Heist test server for operators Glaz, Dokkaebi, Lion, Finka, Gridlock, Amaru, Iana and Zero.

Players will now be able to control cameras and gadgets after their death. This change has been made to intensify the support phase in a game, and ensure the players that are eliminated can continue to help their team. This feature is planned to release later in Year 6.

To balance Attack and Defence, the Attackers will now have the possibility to change their Operators and loadout as many times as they want in the preparation phase, making scouting even more essential and offering many new tactical possibilities. This feature is planned to release later in Year 6.

To conclude the gameplay updates, Armour will now be switched to Health, to assist players in understanding on how much damage they are able to take. This feature is planned for Year 6.

In addition, quality of life improvements are planned during Year 6: DDoS attacks, already down by 90% this year, will still be a major focus to improve players’ experience. The technical team is working closely with our partner Microsoft Azure to keep reducing matchmaking time and to improve servers’ stability. Lastly, the development team is making a strong effort to reduce the game size in general. This is an ongoing effort already running and will be more visible for players this year.

In Year 6, players will now have more customisation options for their Operators: players will be able to adapt Elite skins and add in other gear to the outfit for a full customised set.

Last but not least, Ubisoft announced a partnership with Capcom® and its survival horror franchise Resident Evil™. An Elite skin of Resident Evil series veteran Jill Valentine will be available for Zofia, with an additional Resident Evil x Rainbow Six Siege skin coming in Year 6. Ubisoft has also partnered with Creative Director Ikumi Nakamura for a series of skins, starting with Echo and Dokkaebi releasing on March 2nd.