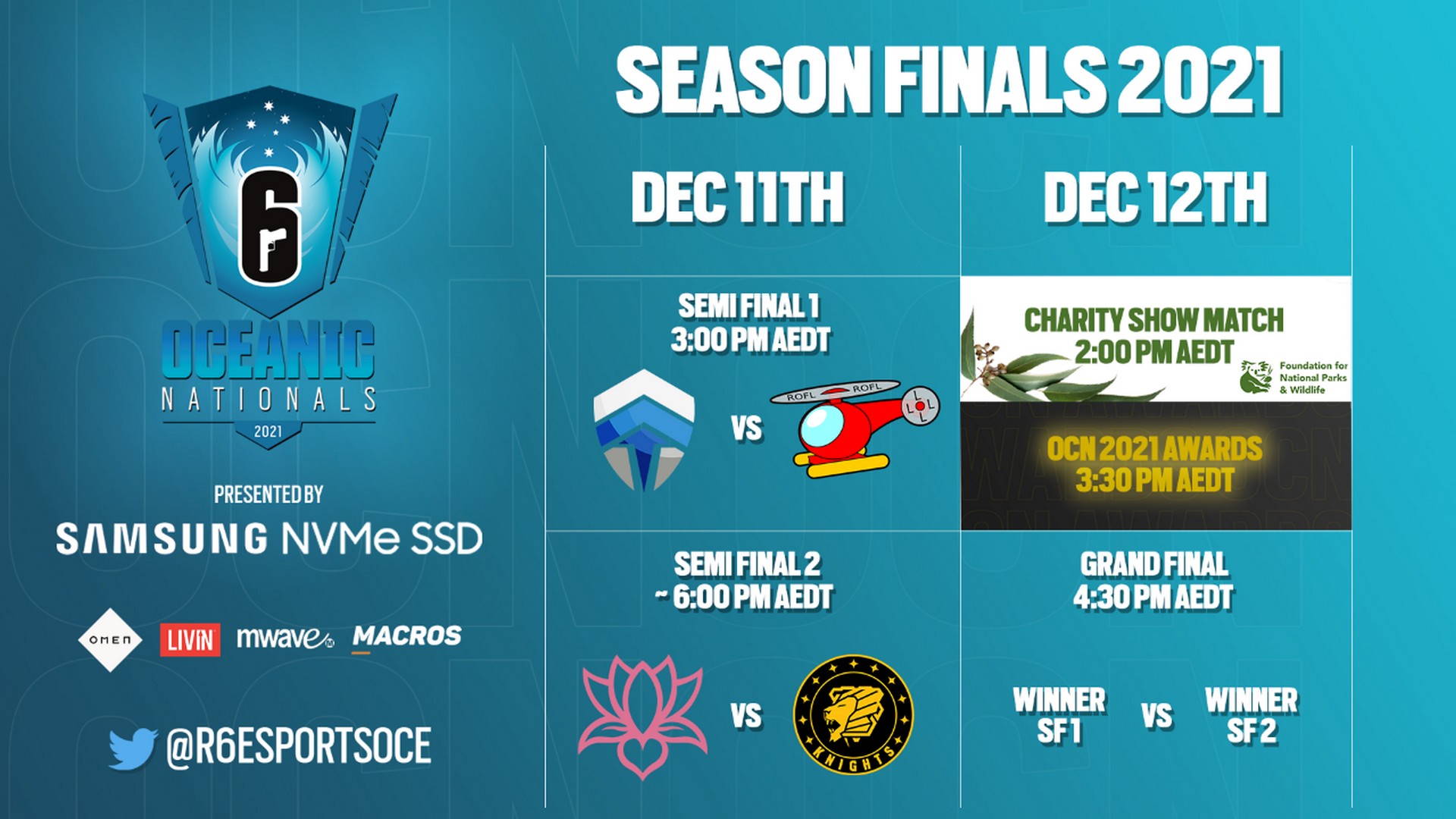 Today, Ubisoft® Australia announced the Season Finals of the Rainbow 6 Siege Oceanic Nationals (OCN) 2021 will take place across two days, on December 11 & 12. The Season Finals will determine who is the best team in Oceania and will also feature an inaugural OCN Awards Ceremony and Charity Show Match.

The Season Finals will be played online taking place at ESL’s studio in Sydney. The broadcast will start with the top four teams in OCN battling it out in a Bo3 semi-final on Saturday, with the winners facing off on Sunday in a Bo5 Grand Final. The winning team will be crowned Season Champions and earn AUD $15,000 of the $25,000 total prize pool. The prize pool split is as follows:

On December 12, the broadcast will commence with a charity show match to raise awareness for the Foundation for National Parks and Wildlife (FNPW) whose mission is to safeguard the Australian wilderness and wildlife for future generations. The match will be a semi-competitive matchup where each team will work towards completing set challenges that will result in a donation from Ubisoft Australia.  Participating players will be from OCN, Oceanic Challenger League (OCL) and XP Esports Women’s League teams, as well as Rainbow 6 Siege ANZ casters. The Rainbow 6 ANZ community will also be able to donate across the broadcast, with each donation entering them into a draw to win prize packs containing a variety of Rainbow 6 Siege goodies.

In addition, the inaugural OCN Awards will be held to recognise the best players across five categories, voted by the teams, casters, and the Rainbow 6 ANZ community.

All matches of the OCN will be broadcast on the global Rainbow 6 Bravo channel on Twitch.