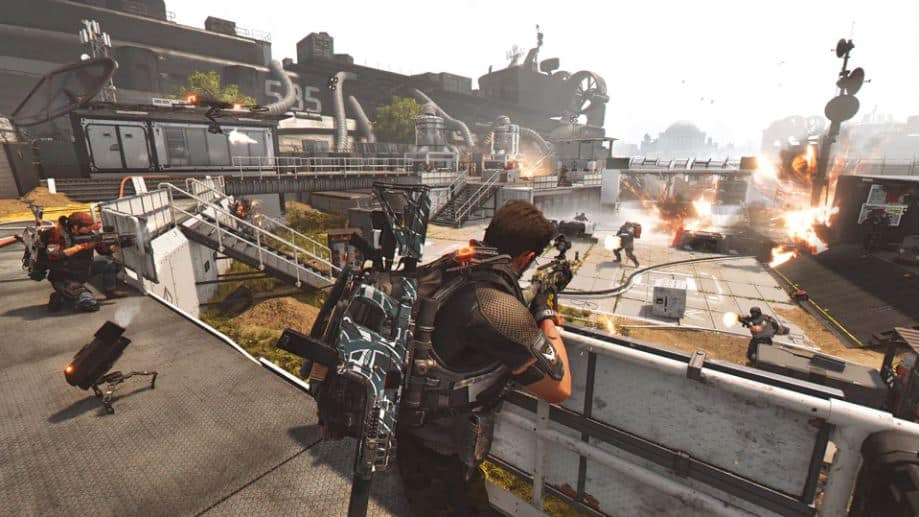 “Tidal Basin”, the first post-launch update for Tom Clancy’s The Division® 2 is available today on the Xbox One family of devices including the Xbox One X, PlayStation®4 computer entertainment system and Windows PC.

“Tidal Basin” is part of “Invasion: Battle for D.C.”, the first free post-launch update that includes upcoming releases of “Operation Dark Hours”, the first 8-player raid in the history of The Division, and a brand new Specialization.

As part of the endgame and post-launch first philosophy of Tom Clancy’s The Division 2, ”Invasion: Battle for D.C.” brings new challenges and content:

· Players face a new challenge in encountering Tidal Basin, a new stronghold held by the Black Tusk Faction. Tidal Basin is now home to some of the most powerful enemies in the game, and they’re not going down easy.

· After completing the Tidal Basin Stronghold, players will be able to advance to World Tier 5 and unlock the possibility to obtain gear scores 450-500.

· “Invasion: Battle for D.C.” introduces a new Heroic difficulty setting making for some of the most challenging gameplay yet.

· Upon reaching World Tier 5, weekly invasions will be introduced with the Black Tusk taking control over selected main missions and strongholds in the city. These activities are harder to complete but more rewarding in loot and gear.

· As part of the update, all players will also have access a new PVP map called Fort McNair

· The Invasion Apparel Event, which will allow agents to collect outfits inspired by the enemy factions, as well as new masks and weapon skins.

· Operation Dark Hours is the toughest of all challenges: an 8- player raid that will test the teamwork of the most experienced agents, coming April 25th.

Coming in a later update, Agents will have the chance to unlock a brand new Specialization

While “Invasion: Battle for D.C.” is the first batch of free content brought to players as part of the Year 1 post launch updates, Agents can look forward to the following content later this year:

Episode 1, D.C. Outskirts: Expeditions, releasing in Summer 2019, will take players to the surrounding areas of Washington to fight for the liberation of the city in two additional main missions, a new game mode to investigate the fate of a lost convoy, encountering unexpected threats along the way;

Episode 2: Pentagon: The Last Castle, releasing in Fall 2019, will have additional main missions, with players storming the Pentagon to unveil the secrets that hide beneath one of America’s most iconic locations;

Episode 3, releasing in Winter 2019 will close the first chapter of The Division 2 story and pave the way for more content to come.

Led by Massive Entertainment in collaboration with seven other studios around the world*, Tom Clancy’s The Division 2 is the next evolution in the open-world online shooter RPG genre that the first game helped establish. Set seven months after a deadly virus was released in New York City, Tom Clancy’s The Division 2 brings players into a fractured and collapsing Washington D.C. The world is on the brink, its people living through the biggest crisis ever faced in human history. As veteran Division agents, players are the last hope against the complete fall of society as enemy factions vie for control of the city. If Washington D.C. is lost, the entire nation falls. Building upon more than two years of listening to and learnings from The Division community, Tom Clancy’s The Division 2 will offer a substantial campaign that organically flows into a robust endgame, to create a cohesive and meaningful experience for all types of players, helping players emphasize their freedom to make strategic choices and hone their own approach.